Recently I decided to add some Land Speeders to my Horus Heresy Blood Angels collection. I was attracted to this unit as a fast way to apply some trouble to armored targets, especially since realizing I could put Assault Cannons on them! The Iliastus Assault Cannon paired with a grav gun will consistently strip hull points off of heavy armor.

I’ve never been a huge fan of the Land Speeder model. It always seemed to have a bit too much going on, a bit too busy. I made some changes to it to make it more appealing to me. I made the crew area a bit more open as well as some layout changes paying homage to the old Rogue Trader era Land Speeder model.

Initially I was going to separate the engines from the crew area somewhat. This was going to be a lot of work to apply to several models as I build up a squadron. In the end I decided to keep the general shape of the fuselage intact, only making small changes to the body here and there. The sensor probe on the front kind of competes with the Assault Cannon, so I decided to clip that off. The large flat area left behind will get some kind of targeter lenses or something. I’ll have to dig through my bits-box and see what I can come up with.

The Grav Gun is mounted as a dorsal weapon which is still controlled by the gunner. A targeter link to the gunner’s helmet gives a more high tech impression than the stock manually operated weapon. The gun points in the same direction as the gunner’s head to help bring this idea home. I have some ideas on how to mount the grav-gun. A base that the weapon can be mounted into which could act as a turret of sorts would be cool. I’d like to add some kind of targeting element here as well.

To make it look a bit more sleek and to further reflect older speeder models I left the bumper-looking-thing off of the front of the speeder. This helps the model look a bit more like the 2nd edition speeders, and slenders down the front a little. I’ll need to figure out someway of covering up or enhancing the notches where the usual bit would be installed.

I have 4 more of these models to work on. I am excited to get the squadron done and on the table. Check in for my next update on this project!

That’s a cool idea to go for the old school look. Nice work so far on it.

I’d just use green stuff to fill in where the fender slots are.

Yep, I was thinking about filling them in, but I may end up adding some detail to cover up the slots. I’ll have to fool around with it and see what I like.

That is coming together nicely for sure.

Thanks man! I’ll post some updates soon. A bit more modeling to do, then on to painting. I need these soon for an event so they are coming together quickly.

Good idea. I will have to do this for my word bearers

I think the landspeeder has some good utility in Horus Heresy. They are pretty cost effective for what they can put out I think. I suppose after a few games I can come back and relay my findings! The big thing to watch out for is things like Autocannon units. Medium-high strength shooting with multiple shots is perfect for taking these things out.

Thanks for the comments! There are a ton of details to sort out yet. I figured out how to do the grav turrets. More on that with the next post! 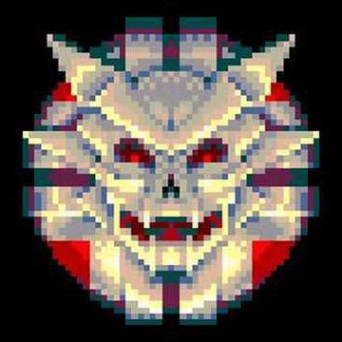