Well this has been a busy week but I still managed to get my scouts painted up so am very happy with the overall progress I am making.  I also got my new copy of 40k ordered and managed to get one of the collectors edition which will sit nicely beside my collectors edition of Warhammer.  But back to the army. As it stands just now I have one tactical squad, one scout squad and an assault squad.  I need to start thinking about the overall shape I want the army to take and also with the possible new Dark Angels codex looming I have to think about keeping things flexible so that they fit in hopefully.  With this in mind I have decided to repaint one of my old Predators and to assemble and build a new Razorback so that I can mobilize the army if needed.

Still back to the scout squad that have kept me busy this week.

The squad has 10 scouts in it with various kit and after trying different bases I have decided that I prefer the setup I have with the Tactical squad so will be rebasing them this week to match in.  I painted them with various skin tones which were achieved with different washes over a flesh paint.  I did the armour in caliban green and the clothing in the same way as the robes of my tactical squad and also did the weapons with a red casing to help tie them in.

This scout has a chainsword and bolt pistol and I used a mix of washes to achieve the dark skin tone.  I did the bases with green flock and grass but I prefer the look of the tactical marines with their grey bases which I think contrasts nicely with the dark armour.

I am also looking forward to my vacation in a weeks time as during my vacation I will be visiting Games Workshops HQ in Nottingham and be visiting Warhammer World and partaking in an ale or two in Bugmans Bar.  I have no doubt that particular day may end up emptying my wallet in return for some new mini’s to build.  The main question is what units to get next?  I fancy getting some Devastators to add some fire power and another tactical squad is a must.  I will also need to get some HQ units and am thinking that some air support from the new Stormtalon would be good. Then there’s the Drop Pod and an Interrogator Chaplain to consider. I am not going to be adding any Terminators or Bikes or Land Speeders as my plan is to do a Deathwing and a Ravenwing army after this one is done.  So any suggestions on what you think should be included?

Also on the list of new mini’s needed are some more assault marines to make the squad 10 strong and that means more cloak sculpting for me to practice on.  Also this week I found a great way of reusing old mini’s and giving them a new lease of life by stripping the paint of them ready to initiate them into the army.  The way to do this is to get and old jar with a lid and some dettol (dont know its equivalent in the states) and put a simple 50% dettol 50% water in the jar and add your painted models to the jar then put the lid on.  Leave them in the jar for 24-48 hours and when you take them out most of the paint will just slide off and the rest is easily removed with an old stiff toothbrush and blu tac is also gret for getting any hard to reach bits of paint out.  Then just give them a wash in soapy water dry them off and then you have a spotlessly clean model and absolutely no loss of detail.  It works on plastic and metal mini’s and is a great way of reusing older models that you might want to use.  I have been doing this this week and now have a whole pile of older Marine models that I can use in the army only down side is none of them have robes so going to be doing a lot of sculpting.

Well that’s all for this week and will leave you with some pictures of the army so far.  Happy gaming and will be back next week and hopefully with a vehicle or two to display.

Nice work. Keep it up. At the pace you’re moving you should have a small army ready for the release of the Dark Angels codex. I’m not a DA player but I’m looking forward to it for potential allies. 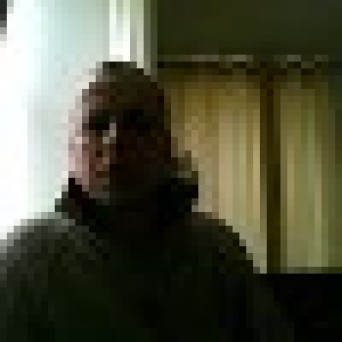