Many people in the wargaming community complain about lack of painting motivation and burnout from time to time. I enjoy tournaments and Escalation Leagues as motivation, but some forums run painting competitions, from intra-faction to forum-wide. Bolter & Chainsword runs E Tenebrae Lux, or ETL for short, which is an intra-sub-forum competition between the codices and factions to paint the most points worth of miniatures. It’s in its fifth year and the competition begins on the 15th of May. So far, jibes and banter are picking up as the Chaos boys are looking to claim the crown for the third time running!

The competition was originally spawned by the Dark Angels’ sub-forum, but now ranges from Chaos to Space Wolves to Age of Darkness (30k). The goal is to paint as many points in 5 vows, each of which can be a max of 3000 points. All models must be WYSIWYG and codex-legal, so no Kai guns for the CSMs or AoS Khorne boys without backpacks as counts as CSMs – you get the idea. You have to provide before and after photos to prove you’re not just taking pictures of your mate’s Titan and that your models were painted during the allotted time period. I’ll upload the official thread once it becomes available.

I’m participating for the first time this year and my efforts will be pledged to Alpharius and the Chaos Space Marines as I seek to extend the reign of darkness started two years ago. My first pledge is gonna be these Cultists which I’ve basecoated. Once I’ve finished off a Sanctum Imperialis and a Basilica Administratum, I’ll prep another bunch of guys, probably Cypher, 20 CSMs, 10 Terminators, a Terminator Lord, and a Dark Apostle. I might even do another Helbrute. It’s not often the CSM’s high unit costs work for them, but today is one of those days! However, I’m gonna do these in manageable chunks, so my first pledge will only contain 20 CSMs, Cypher, and the Cultists. I’ll do a few articles to document my progress along the way, so stay tuned for more!

A glorious 68 points worth of Cultists, sans bases and one arm, kept together by blu-tac and the Dark Gods.

So have you been suffering from burnout? Do you have a bunch of miniatures primed and ready, but lack the motivation to complete them? Or are you just in for the fun and games? As the competition is just over 2 weeks away,so you have plenty time to prepare. Will I see you at E Tenebrae Lux V?

I’ve never joined in on one of these. I’m not much of a forum go-er any more, though B&C is the only forum I’ll visit when I do. It’s cool to see these community events though. Anyway, my spring and summer is going to be too chaotic to commit to anything.

You sure you couldn’t even dedicate a single unit? Doesn’t matter what you did to get on the boon table, whether it was slay a Sergeant or Chapter Master, we are all equal in the eyes of the gods ;)

Eh, maybe. Got so much going on that thinking that far out is nearly impossible.

Yeah I need to pick something to join for the ETL.

May I suggest something Tzeentch-related as per your avatar? :)

Excellent! One always needs more of the Sons of Prospero!

The ETL pushed me to complete an entire HQ regiment for my templars! Well worth it!

Excellent! Competing again this year? I saw you’d picked up the Renegade Knight ;) Or maybe some new shiny Wazbommas for da boyz?

Will see. Right now I am working on the nova charity orks. Got a slew of goodies, so will have to plan things out. After the charity, then I finalize the walkers for the narrative (waiting on an email back), then I prep my entrance pieces for the capital palette. Then we will figure out if I have more time!

Woah, aye, see that! I’m really enjoying the banter on the forums:) 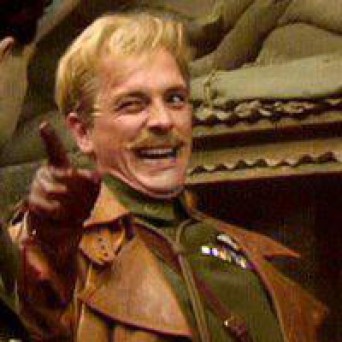