So, this sunday I started a narrative campaign of Hinterlands (the unofficial AoS skirmish ruleset), and I thought I could do a report. I tried to make it as detailed as possible, so please do enjoy and tell me what you think.

It’s a cold night on the city of Nareth. Captain Celestial Gatrel of Sigmar’s Hammers is making his nightly round and one of his soldiers approaches with news: apparently some woods on the north are being infected by the plague and attacked by Skavens. While the captain walks pensive, two unknown people approach on the north, a Duradin and a cloaked, taller figure.

The guard halts them, the Duradin presents himself as Môrir and the cloaked man shows himself, an Aelf called Urdim. They tell the guard they come from the north and he, preoccupied by the plague, tells them to wait and go tell the captain.

Meanwhile on the west, a dark Aelf appears and tells the guard she’s Gamorra and comes in search of an Aelf that resides on the city. He tells her to go to the north gate and wait inspection. When the captain arrives he asks why they’re here; she tells him the same, Môrir and Urdim say they’re just adventurers in search of fame and money.  Gatrel thinks about it and decides to take them to the Lord Castellant so he can see if they’re affected by the plague and if infected, heal them or put them into quarantine.

The Lord Castellant seems surprised that Gatrel took them inside since he wasn’t sure of the plague, but he looked at them and verified they were luckily safe and unharmed.  After a small talk both the new adventurers join the city militia and just in time since a ranger came and told Lord Castellant that a small plague daemon party was on the way. Things were looking grim.

Since Gatrel’s the captain of the militia, he told the citizens to take cover in one of the buildings and the Lord Castellant goes into the other building, so he can think and make his work. Môrir joins the Judicator on the north gate and Urdim gets a high position on the northeast corner of the city so he can help in two fronts. Gamorra does the same but in the west gate. She gets up into a balcony and joins both a Liberator and a Retributor. Celestant Gatrel and the last Retributor go to the east gate.

Daemons appear on all the gates and their attack on the north becomes really fierce, engaging really fast both the archer and Môrir, but they do their best and hold them before the gate, Môrir even kills the first to arrive with a big arrogant smile. Seeing that Môrir can hold, Urdim takes a shot into Gatrel’s enemies and with his help he destroyed a daemon.

Gamorra gets nervous on his side with the sight of so many daemons, and when she tries to cast a spell falls dramatically to the ground, but she recovers quite quickly and gets ready for the aforementioned daemons with both her companions. When they arrive she does her best but gets some scratches on her skin.

More daemons approach on the distance on all fronts but the resolve of the heroes make them persevere. Such bravery is clearly displayed on the north gate where just two-man take on all the daemons that approach, but such a task is so complicated that they can just keep them at bay, not repel them.

On the west front Gamorra kills her first daemon, but her companions aren’t so lucky and get some wounds, but she takes the advantage and finishes off another one of the plague monsters. Urdim keeps his shooting, but the skin of the daemons is so thick that some of the arrows don’t penetrate or bounce even, but that distraction gives enough time to Gatrel that he kills another one of the abominations; although his companion isn’t so lucky and is struck down to his dismay.

But Urdim won’t be helping much more; on the north a strange buzzing sound is heard and when he looks he sees a daemon drone with rider that starts shooting at him. He proficiently evades but the monster takes his opportunity to fly into his position and he gets struck into combat.

The fight at the northeast corner is fierce; they trade blows left and right, and any can be the victor even if Urdim is in clear disadvantage.

On the west Gamorra takes down another daemon almost making the entryway free of enemies, while on the west Celestant Gatrel is making waste of the enemy daemons, strucking three of them with his gigantic hammer.

On the north they keep their defense, they can’t strike down any of the monsters, but they make sure they don’t come into the city. While this happens, both a champion and a daemon sorcerer join the fight, but since the entry is so full of enemies they can’t really do anything to the defenders.

Both Môrir and the Stormcast are sweaty, almost depleted of stamina, such an avalanche of powerful foes is no easy job for anyone really, and just two-man are too much to ask for to defend a gate. Luckily the north gate is the smallest, just barely big enough for one person to go through at a time, so they do manage for the time being.

During the weird confusion of the battle, a Skaven raiding party arrives from the south, stealthily making their way through the old, full of holes wall of the city. Those vermin make haste towards the city center. Who knows their intentions?

Both Urdim and the other north fighters keep at it so they really don’t notice – not that they don’t have enough with what they already face to be honest, but have to prioritize the daemons, so the city doesn’t get infected with the horrible plague. The beast he’s fighting seems weakened, but it doesn’t give up his relentless attacks, each time making him less and less capable of keeping the rhythm.

Gamorra makes waste of the last daemon, and she falls on her knees exhaust of using so much magic, and her companions – proud and surprised by her capabilities, charge the Skaven inside the city center, so she can get rest and join them later. Their eagerness prove to be a mistake since one of them is taken down by two of the rats, but the Liberator kills one in his rage of thinking that civilians might be slaughtered if he doesn’t act quickly.

With so many attacks, the Liberator on the north can’t keep up and dies in an honorable moment, but Môrir can’t give him any prayers since he’s alone now and takes on the three daemons. Luckily at that instant the champion and the sorcerer vanish into the air for unknown reasons…

Some more daemons disappear and Celestant Gatrel finishes his last foe and rushes inside the city, killing a vermin on his charge.

On the north, Môrir keeps at it, his iron defense unbreakable, and the plague demons too tough for his axe to damage. Gamorra finally gets his breath, and rushes into the center too when she notices the noise inside and pulverizes another rat. She is then struck by the horrible slaughter of the town, just in time to see the Liberator die to all the vermin. Saddened and full of hatred by this she keeps fighting with an unrelenting will.

While this happens the rest of the daemons disappear giving Môrir a bit of time to get his bearings and rush inside.

The Skavens suddenly scatter and flee from the city. That seems strange to the heroes, but they won’t question nor follow their opponents. When the city quiets down all the remaining forces rally on the center and discuss what happened on the battle.

Just when they start, a woman gets out of the building and tells them most of the civilians were killed by some raiding skavens. Apparently they kidnapped a little Aelf kid, her name is Nadire. When she hears that, Gamora seems worried and her eyes glitter, maybe with tears but she keeps them inside and never speaks, letting Celestant Gatrel talk.

He’s asks the woman, and she tells him that the kid was a special kid that developed some powers and was incredibly beautiful. She received her as a baby and took care of her until now. The woman can’t finish talking since she breaks down and cries . Both Celestant Gatrel and the Lord Castellant feel something’s strange; why did the rats kidnap the girl?

They don’t have a moment to think when another ranger sent by Lord Castellant comes and tells them a big army of daemons is on the way to the city. Lord Castellant needs them, but he thinks that the kid might be really important, so the tells the heroes to take care of the business of rescuing the kid. They go into the building where the civilians were hidden and find a hole that the Skavens dug up. The decision is quite obvious; enter the hole and follow the Skaven to wherever they went…

I really enjoyed the game. I played as Môrir (and had very bad luck on damage rolls, but good luck on saves), and the rest played each a hero, except the GM which played all enemies and Gatrel’s player which took all the militia. Being five players made the game slow, but it was not that bad and the roleplaying part was really fun (more so since I’ve been playing RPG games since I was a kid). That’s all I think, I hope you liked it and I will make more on the future.

Nice report. It really seemed like a fun game.

Thank you! Yeah, it was really fun and unexpected, I went thinking I was just going to watch and I joined. The mix of RPG and wargame is so fun

Awesome! the Lord Celestant was the best, XD

…says the Celestant player. Was good fun though!

Thank you! I don’t know when’s next game but I will do more reports :) 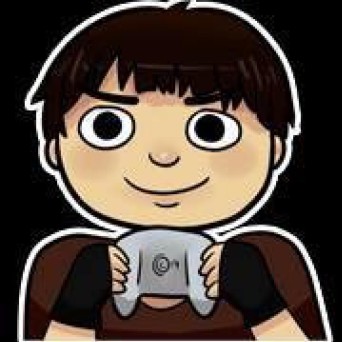 A wargamer since I was ten years old, I started painting seriously at sixteen and went more into 15mm scale (and 6mm even). I make lots of terrain and Im quite handy with it. I like all kinds of settings, from modern, to fantasy to mech battles there is little that I wont like (except steampunk, I hate that setting). Not keen on GW's practices as a company but I like the games and minis.