So, in the new Necron Codex they mention a really badass character, Rakzan. The sole remaining survivor of the Khansu Dynasty. Part of this article is directly from the book (as it establishes his ‘preface’), but this is mostly my own expansion of the Prince’s story.

He basically betrayed his own dynasty when the C’tan offered up the biotransference process, the Khansu rejected the idea to the point of rebellion. However Rakzan sided with the C’tan and willingly became Necron, and was then ordered to lead the campaign against his people.

The Khansu couldn’t last long against the combined forces of the C’tan and the other Dynasties, their rebellion was swiftly crushed, and the survivors were dragged to the transformation chambers. As time went on Rakzan began to realize the depth of his error, as he noticed how the C’tan continuously deployed the remaining Khansu on the front lines, essentially sacrificing them all. As time went on he became the sole survivor of his dynasty.

Now Rakzan spends every ounce of his energy hunting down and either destroying or imprisoning the remaining C’tan Shards inside Tesseract Labrynths. The Prince has managed to locate many shards now, destroying them however is no easy process, especially when they are in the care of other Necron Legions, used as weapons against their foes.

Along his travels Rakzan has come across other fragments of dynasties, ones who opposed the biotransference process as well. Due to his hate of the C’tan, and the fact that even alone he hunted them, he was selected as leader of these outcasts. This small elite group of Necrons has crusaded about, utilizing many hit and run tactics, quickly engaging and disengaging with their foes to weather them down until they can sweep over the enemy force and grind them into the dust.

Rakzan himself pilots his own personal Command Barge, it along with a number of other Necron vehicles are a result of a raid on a Necron Tomb World, one that had yet to awaken, and was foretold to be the most loyal of the C’tan’s servants prior to the uprising. This raid also gained the Prince and his dubbed ‘Crusaders’ access to a fair number of Canoptek technology, while the scarabs were far too tiny and drone-like to reprogram, the larger defensive ‘mechanisms’ were capable of being reworked into tools against the C’tan. the Prince now commands a sizable force of repaired Necron vehicles, assimilated warriors and immortals, and repurposed Canoptek.

I’m going to continue expanding on this, though at the moment this is all still in development.

Wow, I really like that back story. A different agenda for the necrons and one that pits them against it’s own race.

Nice, I like this…just remember my Librarian is NOT a shard, so please keep your Labrynth away from him… 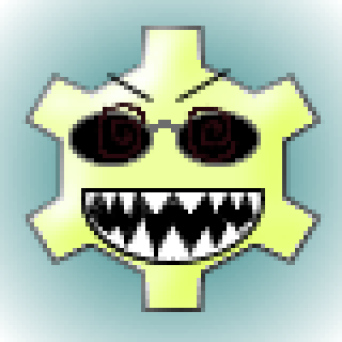 Been playing 40k for roughly 2 years, started with Wolves cause I loved the idea of Vikings in Space. Got the start of a Necron army a year later, and then switched to them (yes during their non-competitive era), loved every second of it. Now I got myself a spiffy new codex.