Well, that was fun while it lasted. Grey Knights in 5th, Taudar in 6th, Tau AND Eldar in 7th, then Ynari. Oh well, time to burn EVERYTHING!  Thanks GW for destroying my game. You were my favorite ice cream shop, you always had the best flavor of the month, and now you won’t commit to rules that favor people like anymore.  You say it’s a “living rule set,” so no more Ynari books, you say you’ll just fix works of absolute perfection like that if they ever arise.  I loved how I was rewarded when my opponent did well, and when I did well, and everywhere else because I’m the greatest Craftworld Eldar player of all time, not counting all those other posers.

What games are even left for me?  40k Was one of the last havens where I could feel like I belonged to a community.  Sure, it felt like the only times I ever could find an opponent was at a tournament where they HAD to play me, but 3 rounds a month was enough for me.

I can’t even go to AoS because you said you’re “balancing” that game too.  Maybe I’ll quit 40k and AoS, this game isn’t even fun for me.  I just wanted to have the best possible shot to win before I stepped in where the only thing between me and 1st place was my tactical genius, not my opponent in any way shape or form.

Whatever, I’ll go back to CoD or something, forget this.

***This is a heavily satirical article based on an assumed persona of people that may or may not exist in your local scene, please understand if you believed me to be serious, you were in fact TROLLED***

Notes from the author out of ridiculous persona:

5th and 7th edition main rules were fine, Codexes and point values got out of hand, and showed GW where the system was flawed.  Many of the new innovations of 8th edition, including the CEO switch, are in large part thanks to the crash and burn style of balance 7th became.

Haha you almost got me there. It’s the same complaining every damn time anything changes and after seeing it for well, every edition from 2nd and up to the current, just makes me sad tbh. We have in general a good community but edition and or codex changes really brings out the worst of it.

I haven’t followed the rumors very closely for this change but most of the changes I have read all seem quite good and more importantly, they seem to take GW even further in a better direction.

It’s been a couple of years or so since I played a game of 40k and I’m not sure that I will try the new edition but it’s definitely more likely with those changes.

Part of the “worst in people” is that they first see things online and don’t have time to talk or think about things. You see something and immediately write your knee jerk.
This is probably the most play tested edition of 40k ever, so it’s a good time to get back in!
I love me some satire :P

Amazingly, GW is tackling 8th edition head on. We aren’t getting rumors, we are getting the rules right from GW for 8th. They (GW), really have come a long way. This new edition is the most promising I’ve seen since getting into 40K with 4th edition.

I was mentally throwing my hands in the air there for a bit. Well played.

One day we will be able to 3D print clear plastic miniatures and put LED lights inside to get an army of models that look like they are burning (thus making true fire hawks space marines)
I for one look forwards to the new edition mostly so I don’t have to deal with phosphex template spam. (he loaded up on quad mortars and in true alpha legion style I now swarm him with rhinos/mastodon/dreadclaws full of infantry and or dreadnoughts and terminators [Once forgeworld update 30k]. We still need to find out what barrage/small blasts are going to do though…)

lLarge blasts and flamers are D6 hits, I assume small blasts are D3 hits, don’t think we’ve seen a profile for small blasts yet.
The issue with FW previously was that they made super cool things for Apocalypse, so the power level for small things was less problematic. FW wasn’t even the primary problem, 7th edition formations Opra’ing everything to everyone was the primary issue. Riptides getting Twin Linked and a double tap turn along with rerolls on the Nova, Rhinos everywhere, etc. In AoS, they charge for formations, so things aren’t free, you have to pay for them. They look like they’ve learned a few things.

Ironic that this article came out on the day everyone got super angry at 8th online lol
I’m confused fluff wise how they take no real time investment to make… The sky isn’t falling though, just adding new stuff.
Curious to see what factions drop with 8th, since they said there would be new factions.

The fluff is weak, ‘tarnishes’ the super-human humanities finest, now lesser SM and is Defo the Stormcast Eternals of the 8th Edn like they were to the Empire forces…. I would have preferred no new uber-marines, but I’ll get a squad or two to supplement my Relictors (weak fluff to do it, but maybe RG knows we are not Excommunicate Traitoris and loyal all along!)

There is no love loss with me and 7th. I feel 7th started off great. I was extremely pleased with it. Then, little by little, new codices came out and just kept pushing the boundaries of the the game. Any formation/detachment that gave freebies just annoyed me to no end. I feel like the rules, while needing work, were fine, but GW went too far with some armies, and there was only one way back – the hard reset of 8th.

I cannot wait for 8th.

It was about time for a whole new edition, 4-7 were just steps away from each other each edition. Happy for the reset button. happy to see a Sentinel back on the table :)
I’m in full “GO GO GO” mode for 8th, arranging for everything to be painted, magnetizing, getting models I never bothered buying like Pask, Vostroyan Lascannons, etc..
Should have my Shadow War kill team painted up next week and hopefully will have a battle report the week after!

Funny article. I have finally got to play some Shadows of Armageddon and even after some beat downs I took playing Dark Eldar you didn’t walk away like it wasn’t worth playing. Advancements were controlled on the winner and the loser if they had a lot of Out of Action models could get a lot of additional skills. If GW is taking the time to make rules as good as this, we are in for a nice edition in 8th. 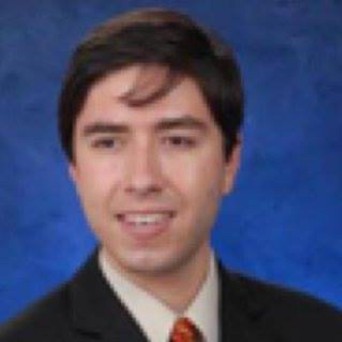 A nearly blind gamer who delights in beating sighted people in visually intensive games.
16 years a magnetic fanatic and 4 years as The Magnet Baron themagnetbaron.com