It has been an insane past couple of weeks. I’ve had a midterms week from hell to contend with, followed by seven days during which I was tasked with writing four different essays to the tune of 32 pages of tedious, boring writing. So, I’m sure you’ll understand why, at this point, even looking at a word processor is enough to make my stomach turn and my blood run cold. Nonetheless, I’m here to give you all an update on the status of my Deathwolves! (They were Firehowlers originally, but the Wulfen Edition Codex’s Deathwolf formation is infinitely cooler)

So far, I have two ‘Wolves in a stage that I would refer to as absolute completion: all edge highlights clean as I’d like them to be; all details filled in, highlighted, washed, etc; faces/helmets/weapons painted without need for a re-do. In addition to those Wolves, I’ve got around five that are “roughly” complete, with need of further highlighting, edge lining, or face painting. I’ve also got three wolves that I painted a couple years ago that I intend on using until I’ve painted superior models to replace them, despite the fact that they barely (if at all) match the painting style I have today.

Now that I’m finished with what might have been the most hectic week in my three years of college experience, I’m set to put some more models on my workbench and hammer them out! Right now, I’ve got somewhere between 10 and 15 Grey Hunters still in the sprue and three Thunderwolf Cavalry unglued, since I’m considering getting some fancy resin bases for my Thunderwolves and HQ. Additionally, I’ve finally decided on having two configurations for my primary Warlord, Feros ‘Grymvlk’ Wyvernbane: one configuration with him on foot and possessing a Combi-Plasma bolter (for higher-point games where I’ll run two Deathwolves formations in the Wolf Claw Strike Force detachment, with Harald Deathwolf as my Warlord), and another configuration with Feros on the back of a Thunderwolf, wielding the devastating Black Death.

I’m going to finish my 30 Grey Hunters before I even think about putting brush to my Thunderwolves and HQ choices, so that I get adequately used to blending with a wet palette, working with my new brushes, and thinning paints properly (I have an inordinate amount of trouble with this… Any advice?) before working on the models that will be the centerpieces of my entire army. Once I’ve completed literally everything on my workbench, I plan on rewarding myself by assembling and painting a Stormwolf Gunship. After that, I’ll just need a few Swiftclaw bikers and Long Fangs, and my army will be ready to kick heretic/xenos ass!

Looks like a solid rounded list. I like the fluff snippet with each unit. That’s something I really keep meaning to do with my own army and keep forgetting.

Thanks! I just wish I had more time to paint them. All of my friends are getting into Age of Sigmar (much to my chagrin), so I’m also tempted to paint some of the Gladeguard I bought some years back and dabble in that! It seems there’s no shortage of distractions to keep my wolves from advancing past the solid-black primer stage. Well, if I do paint those Gladeguard, at least I’ll have some better experience with painting overall to apply to my primary project, eh?

Peer pressure, eh? I don’t think many of us get to work on our projects as much as we’d like. But yeah, painting is painting, and all good for experience all around.

My 4 year old has been wanting to play miniature games with me since he could walk so I finally broke down and got the age of sigma set. I have to say I like the game a lot. I see rants online about 40k getting age of sigmard and ya know what for most of us who follow this blog it wouldn’t be a bad thing.

Anyway tangent aside painting is painting once you make it routine you don’t even know your doing its like exercise but easier at least for me. Also don’t feel like you have to get something perfect that makes things daunting :) or at least take forever.

Your space wolf posts have me wanting to do wolves so best of luck on the project.

I haven’t played AoS, but people whose opinions I value like it, so I could live with it if it came to 40K.

You’re getting way more painted than I am. Been up in Ellsworth this weekend, heading back today. Be up here each weekend for a while getting the house ready to sell.

Thanks! I’ve recently started basing my models with heavy use of hobby cork and am working on a display piece. (The Space Wolf from the Deathwatch box set) I’ll be writing an article on it shortly; I’m really excited to show off some of the bases I’ve been able to create.

Aww there was no pictures.

Haha, sorry about that! (And also sorry for missing your response by 16 days; I’ve been incredibly swamped the past two weeks) I was away from my home, visiting some family when I wrote this post. Once I get to work again, I’ll definitely be posting an update with pictures of my burgeoning army. :)

If you haven’t, at the bottom left (under comments), you’ll see Subscribe. If you do that then you’ll get mail notifications on new comments on the article. It’s the easiest way for you all to get notified on your articles. 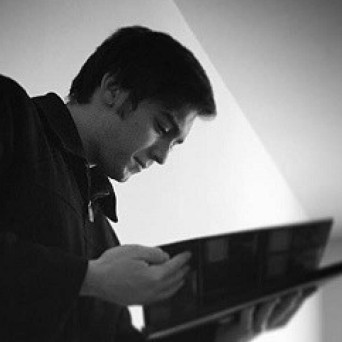