Skip to content
HomeNews & CommunityThrown Into the Deep End…With the Sharks.

First off, I should introduce myself. I am TheNoob, and am the latest (unpaid) intern to join the mighty Thor’s staff here at Creative Twilight. I’ll be mostly focusing on my continuing exploits as our group’s jaded Tau commander, as well as my budding interest in the Sons of Russ. I’ve chosen to call myself TheNoob for several reasons. I am fairly inexperienced in the world of Warhammer 40,000 as well as the vast world of blogging. I’ll be looking at most of the subjects I tackle from a beginner’s eye (with the possible exception of my Tau). I’m not here to teach or pontificate on the *correct* way to play this army or that unit, but rather to think out loud and bounce suggestions and ideas off the world at large.

With that said, I believe a little background is in order. It was the late 90’s and I wandered into a small hobby shop somewhere in Virginia with the intention of buying a Tamiya model kit. Instead, I became enthralled with a small collection of the most awesome miniatures I had ever seen (I now know they were 2nd edition tactical marines). This started my on-again, off-again affair with Warhammer 40,000. Since I didn’t know anyone who played the game, the first few years in the hobby were spent playing small games using random miniatures in the basement with whoever I could con into playing a game with me. It wasn’t until the closing days of third edition that I actually got to participate in my first real games. At the time, I had collected quite a few marines which I had used to make a Salamander’s army (still my favorite Space Marine chapter).

Unfortunately, as often happens, real life got in the way. I joined the military and spent several years in Iraq. My vast horde of minis (okay, okay – modest collection) was sold off, and I thought my wargaming days were behind me.

It wasn’t until 2009 that my interest in the hobby re-ignited. I was browsing the shelves at the FLGS when I noticed a small announcement about an upcoming tournament called ‘Ard Boyz.’ I wanted to be in the tournament but lacked the army with which to play in it. Over the next 3 months, I bought, assembled, and painted a 2500 point Tau army (not the greatest choice from a competitive stand-point). I got a few games in, and made it to the semis that year. Ever since then, I have been an avid Tau player. I’ve just recently begun buying Space Wolves (I like winning too), but my first (and only for now) love are the little blue space communist fishmen.

Anyway, that’s a little about myself and how I came to grace this fine site. I look forward to sharing with and learning from each and everyone of you.

I didn’t realize you started playing so long ago. I figured you started 40K with your Tau for that ‘ard Boyz.

Yeah, it’s been a while for me. In my time, I’ve had two marine armies, a huge Sisters of Battle army, Eldar, Grey Knights, and now Tau. It’s been a long strange trip (to paraphrase Jerry Garcia). 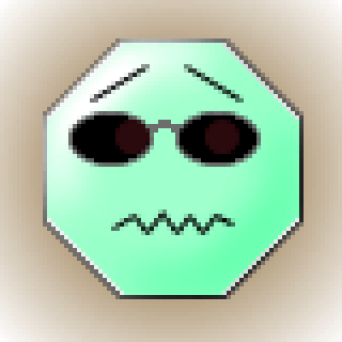