My wargaming journey started with Warhammer Fantasy, 15 years ago when I was a young lad of 10. Pretty early on in my gaming career my FLGS ran a Border Princes campaign with somewhere around 8 players. Every week, we’d have to meet up, write down our moves on little scraps of paper, and then turn them in.

Once everyone had finished we would execute all the moves at once. It worked, but it was not without it’s difficulties. For one, it meant that at some point everyone had to come in to make their moves. And if just one person didn’t the whole campaign was held up.

But despite the problems, I loved it. I loved the idea that each battle I played would affect a greater outcome. I loved that maneuvering armies added a whole new level of strategy to the game. And I loved repeatedly fighting with my neighbor (although I’m sure he hated it).

A Better Way to Campaign?

Unfortunately, as the campaign wore on the coordination problems became too much to handle, and the campaign ended prematurely. Players lost interest, and corralling everyone into the store to submit moves had become a chore.

Fast forward to the present, and I still haven’t forgotten my favorite parts of the campaign: scheming, backstabbing, and building an empire. I’m now a software engineer, and at one point I realized I have the skills to solve the problem of campaign coordination. So I set out to build a web application that would help players run a great campaign for any tabletop wargame.

The idea is to make the computer do all of the annoying administration for the campaign. The app will keep track of the different players, where their armies are, who’s fighting whom, and how much gold they have to spend. If two players’ moves conflict, it will randomly make the decision which one gets precedence.

Ideally, for each player it’s just like a video game, where they can easily log in and update their moves, report their battles, or set their actions for the turn. It can all be done remotely, so that when you actually meet up, the maximum time can be spent playing on the table.

Because ultimately it all comes down to playing your favorite wargames. I want Warscribe to create situations and scenarios that a player wouldn’t normally face if they were just playing one-off battles. Hopefully games will take on a narrative element, where each one feels like a fight for something bigger than just the battle.

When I maneuver my armies around during the campaign movement phase, I’m doing it so that my reinforcements will flank my opponent’s main force! If I decide to build a castle instead of buying an extra army, it’s because I know that my opponents can’t crack my army if it’s in a defensible position.

I have a lot of ideas on what I can add to Warscribe to make it a fun and unique option for wargamers. But I don’t want to just make an app that I want to use. I’m running a Kickstarter so I can bring together a community of smart, imanginative, and creative wargamers who will help me create something amazing.

I want gamers from all different backgrounds and games to feel welcome, so to that end, I will support themes for any game system that a backer wants to play. From space to fantasy, sci-fi to 18th century colonial, I’ll make it happen.

I hope by now you’re thinking about the next campaign you want to run. Maybe you have some ideas that you want to try out, but it’s just too much work to organize. If so, check out my Kickstarter, and if you like what you see I’d love your support!

I think it’s an awesome idea. Map based campaigns are my favorite, but it does require a level of commitment that often falters somewhere in the process. I have never completed a map base campaign because of it – people not showing up to move and such. What you’ve done looks great and fixes a big problem. Well done!

I think this looks very interesting and I can definitely consider using it if we are doing any campaigns in the club. I’ll keep an eye on your Kickstarter and I’m thinking about supporting it if my hobby budget allows for it :)

Huh. Just tried signing up on your website, but upon clicking the emailed confirmation link, I got an “internal server error”.

It does seem interesting, as campaigns add so, so much more to each tabletop battle. I’m especially impressed that you had the foresight to design it as a browser app, for complete platform compatibility. Nicely done.

Hi Tony, thanks for letting me know! I looked into it and it looks like there was some trouble connected to the database. I reset the connection and it’s working for me now, although I’m going to look into a longer term fix.

As for the Kickstarter goal, I’ve thought about that too =/. Unfortunately that’s the minimum I felt it would take to create a finished product that I could be proud of, and people would be happy with. So we’ll see if I can make it work!

The kickstarter link isn’t working, 404 error from Kickstarter. Use https://www.kickstarter.com/projects/1840151628/warscribe-tabletop-wargaming-campaign-software/

Great work on the prototype and kickstarter looks very interesting. How are you managing the SDLC? You can use a Kanban board to show progress and will need to sort out how you gather, organise and prioritise your EPICs, features and user stories. If you want help, just ask. I’m a PM and Scrum Master so can help with the organisation side and it will really boost your kickstarter material on how you will show delivery progress. You should also have a someone else doing the product manager/owner side but I understand you have resource constraints. You could ask the community if someone is willing to help? Cheers and Good Luck!

Ya unfortunately the resources are a little tight, so I’ve been doing that myself. I’m using a service called Taiga, which has a Kanban feature built. It hasn’t been too much of an issue up until this point, because I’ve had a pretty clear set of tasks I need to accomplish. However, if the Kickstarter succeeds and then I’ll need to be clear about what I’m working on and what’s coming up.

I think you’re right, and laying out a clear plan on how I’ll be working will be helpful. Hopefully I’ll get to that soon =). And thanks so much for your offer, I’ll let you know if I want to take you up on it! 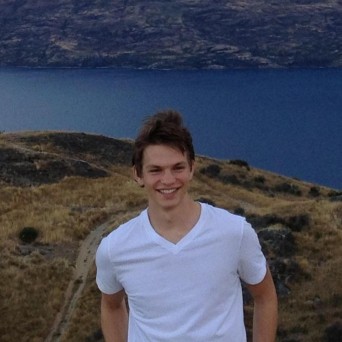 I've been playing tabletop wargames since I was 9 years old. I've played in campaigns and tournaments with armies ranging from cheesy to fluffy. I truly believe that playing tabletop games in my youth has helped make me the person I am today: curious, inquisitive, and strategically minded.

I've been building web applications from scratch for over 4 years now. I write code every day not because I have to, but because I want to. If you look at my portfolio you'll see a string of passion projects that I've worked on, from educational materials to health tech. Building software is part of who I am, and I'm glad that I get to turn that passion towards creating something for a community that means so much to me.