Not exactly a blog. More of a fact-finding mission for me.

Most days when I get the time to paint I’m sat at my desk wondering what to put on. Most times it’s The Big Lebowski, or anything sci-fi / comic related, the Batman films ( …yes even the one with Clooney), the Marvel films, and if the house is free of innocent ears – Deadpool.

If I want a change I have found a couple of decent hobby podcasts.

First up is an Age of Sigmar podcast: Bravery One. These are a couple of guys from Nottingham UK who love Age of Sigmar, which I have to say is a refreshing change to the normal Sigmar bashing I tend to hear all the time. They make no bones about the content. They’re grown men, so the content is adult orientated, ie: they  tend to eff and jeff / cuss like a sailor. So, for that reason I’m normally listening from my phone with the ear phones in.

As you can imagine, they’re not a Games Workshop endorsed podcast, which means they are totally honest – what I prefer. You can tell the people who get given the latest GW toy to review, it always feels a bit staged.  These guys are far from having a slick staged podcast. The doorbell goes, people are making coffee, the dog joins in from time to time, all of it makes for a funny podcast.

They are also on iTunes, but because of my deep-seated loathing of Apple, I won’t install their software.

Next up is a 30k specific podcast: Eye of Horus Podcast. These two fellas are from down under mate, and have been doing a weekly podcast for just over a year now.

As with the other podcast, the show in their disclaimer contains “adult banter”. They are honest, and again not endorsed by Games Workshop at all. They have done quite a few in depth specials on various legions in the 30k universe, which have been superb to listen to despite the odd mistake; which they openly admit to making in subsequent shows.

They regularly review upcoming events and army lists that are sent in.  They have musical interludes as well, which will certainly open your ears to some music you may not normally listen to.  Again they are on iTunes, so if you’re on there check em out.

What I’d like is a decent 40k podcast to listen to. I have listened to a fairly recent episode by 40k Radio, which I was told used to be really good. Quite frankly, I don’t think I have ever heard something so toxic and bad for the hobby before, and not just 40k, but hobby in general. It was awful.  I forced myself to listen to the whole show as you can’t form an opinion based on a few minutes. Sadly it was mainly the same, except for the new guy who was introduced as the new owner of 40k radio. He does the Geek Tours if my memory serves me right, and he seemed pretty pumped for the hobby scene. So, I’ll check back with that show in a few months.

I want to listen people who enjoy the hobby, not treat it as a thorn in their side. I mean, that’s why we spend all our cash, because we enjoy it………or are we all just absolutely barking ???

Like I say, this isn’t really a blog, I just wanted a bit of feedback on what’s decent to listen to while painting. Cheers people. I await the wonderful suggestions to broaden my horizon of the hobby world.

I don’t do podcasts. My painting sessions are often short, and podcasts seem to run 2-3 hours. It would have to be a VERY good podcast for me to listen that long.

I never used to listen to many podcasts, but have started trying to do so now. The only one I have tried recently is “Signals from the Frontline” at Frontline Gaming, it’s pretty decent.
When I am painting, I like to listen to “Movie Fights” on the Screen Junkies channel on youtube. It is a very entertaining and funny show. If you are looking for a starting episode, check out “Worst Marvel Movie Villain” Drunk movie fights, it’s a great episode. I also like listening to Last Week Tonight with John Oliver, a very funny show from a fellow Brit.

Cheers dude I’ll check those out.

Damn, I haven’t listened to 40k radio for a long time. Shame they are so negative. I can’t stand that sort of thing. Why podcast if you hate what you are talking about?!
I listen to a few 40k ones. The independent characters is probably my favourite, packed full of awesome hobby content, and the guys presenting are really positive and interesting to listen to. Masters of the forge is another. They tend to focus very much on the narrative side of gaming, but again are very positive, although they can take a bit of getting used to, as to start they can be a bit grating to some. Thirdly the overlords has just relaunched with a new cast headed by inquisitor Steve, who is awesome and tends to focus much more on narrative and hobby rather than competitive play. That’s about it that I know. All are well worth a listen :)

Superb a few to get on with.
40k radio was awful because apparently not one of them wanted to do the show lol

I listed to warhammer audio books a lot while painting. Also a few podcasts. The Independent Characters is a great one. Forge the Narrative, The Long War, Signals from the Frontline, heroic 38’s and Life After the Cover save. Also Roll to Seize is great.

I also listen to them while driving to work and for the first couple hours at work while I’m alone baking bread.

I listen to most of the podcasts when I’m at work as I spend a long part of the day driving. I was streaming comedy shows as well before my phone contract turned to crap and they stopped the unlimited data the swines lol

I’ll have to get a couple of audio books and give that a go i might actually get all of the Horus Heresy up to date.

I used to listen to podcasts while painting but I got tired of them all and now days I don’t listen to any podcasts at all. I went from following around 10-15 of them to none. I’ve considered giving it a go again but haven’t found the right one yet.

Now days when I paint I have a movie or a tv-show on, preferably one I have seen so it doesn’t steal my concentration away from painting, Today has been a mix between Friday the 13th part whatever and Ghostbusters. I always have something playing in the background no matter what I do.

I’ve sat down to paint tonight for an hour and I’ve got star trek the motion picture on the computer.

I’d love to have a crack at a podcast but it’s hard enough getting mates together for a game let alone to do a podcast.

I will utilize netflix or loan some videos out from the library. Doing shift work allows me to get some big painting sessions in on nights off and power through a lit of movies and shows. It slows down my painting a bit because I will look up if things sounds interesting. I’ve listened to Star Trek the Original Series, Star Trek Next Generation, X-Files and Breaking Bad. Right now I’m in limbo for what tv show to paint to.

I haven’t listen to many podcast lately but 40k radio was good until they got a CAD order from GW for posting rumors. Also they do their own game Wild West Exodus so no love to GW anymore. I tend to play YouTube as Battle Reports get me inspired to paint my minis.

I tend to steer clear of hobby related podcasts when painting – too much geekery can be bad for you. Or make you go blind. Or something. I forget exactly what…

My pod casts of choice are mostly British in origin and focus – ‘Kermode and Mayo Film Review’ – excellent film related wittertainment, ‘The Adam Buxton Podcast’, self proclaimed ramblecasts, and ‘In Our Time’ – a spot of high brow infotainment from Messrs Bragg et al. Oh, and Desert Island Discs – but then everyone in the world listens to that, right?

The only American one I listen to is ‘Marc Maron’s WTF’, which is funny but has a bit too much sponsorship stuff around the edges and I don’t always know who the guests are, not being ‘Murican and all. 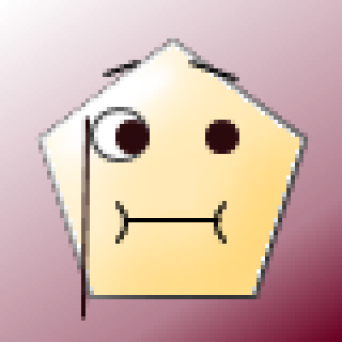 A gamer first and foremost and by my circle of gamer friends the fastest painter around. I'm not a paint snob i don't shoot people down for not doing 55 steps when you only need to do 2 to achieve the same effect.
I'd never call myself a pro painter i just paint and if i get lucky and the end result is a decent looking model then it's all good.
I'm a petrol head and MTBer at heart and i'll wax lyrical about those subjects as well if i get a chance.