Sometimes a tourney is a resounding success, sometimes not so much. Even when things fail though the tourney can teach you some lessons. I run local tournaments in my city, and have done so for many years.   We’ve cultivated a culture which stresses fun over competitiveness and as such many of the netlists and ultra-competitive…

Saturday was the 6th Standish Standoff 40K tournament at my FLGS. It was something we (the community) created so that we had a more hobby oriented event. At the time, ‘ard Boyz was around and we all weren’t fans of the Games Workshop sanctioned event because, to put it bluntly, it was a dick-waving festival….

My FLGS uses Maelstrom of War missions for tournaments and over time we noticed a bad trend with scoring. This is a fix to the scoring method we were using.

Well the annual event has come and gone. I had an absolute blast. It was great to see familiar faces again and get a chance to catch up with friends.  I know Tony already did a quick recap of the event and for the most part I will completely agree with him. This was probably…

The 4th Standish Standoff has concluded and I have some great shots to share as well as some feedback regarding the event itself. 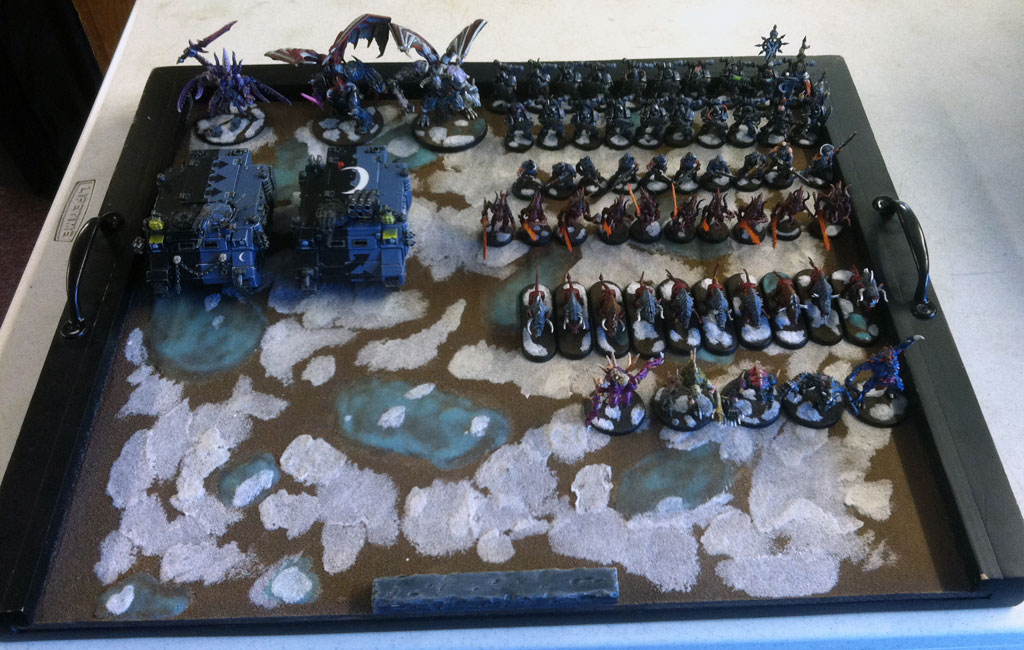 This year was the 3rd annual Standish Standoff. It was a hell of a day; a very long one as well. I had great games and took away some trophies for painting.