Khorne Daemonkin is a codex released in March of 2015 for Warhammer 40K 7th edition that joins together Chaos Space Marines and Chaos Daemons of Khorne into one force. Despite the new codex merging two existing 40K armies, the codex itself is unique and distinctly its own. 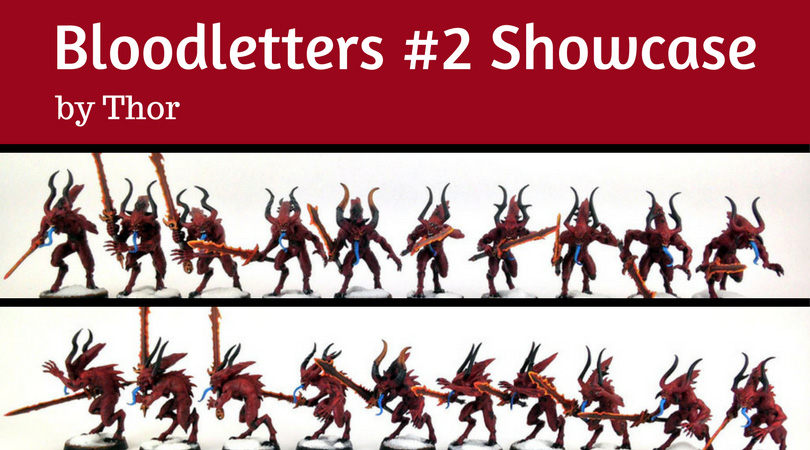 I finished off my second squad of Bloodletters for my Khorne Daemonkin army. Remembered some valuable lessons with batch painting in the process as well.

I’m working on the last five Bloodletters I have for my second squad. Nothing special; just a tabletop paint job on these guys. As it stands, the skin is base coated, dry brushed and washed. That’s the longer part of the process (not that it’s all that long), and the rest is quicker. Pardon the slightly… 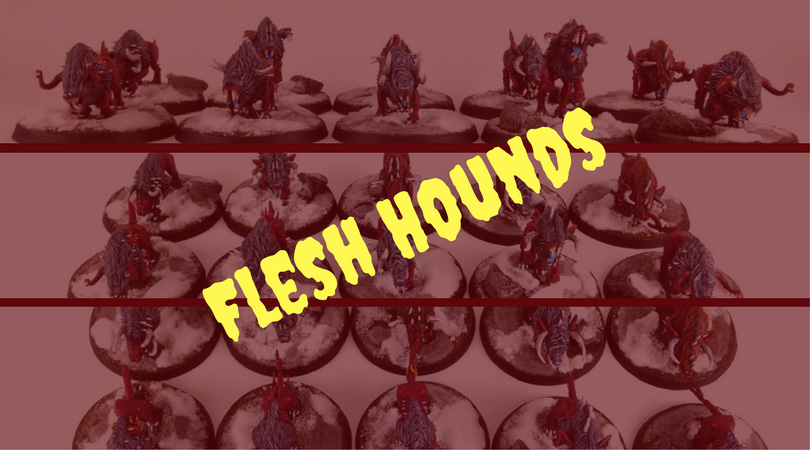 I rebased my Flesh Hounds of Khorne from biker bases to 50mm bases. Here’s a gallery of shots showing the completed snow and ice bases for the Hounds. 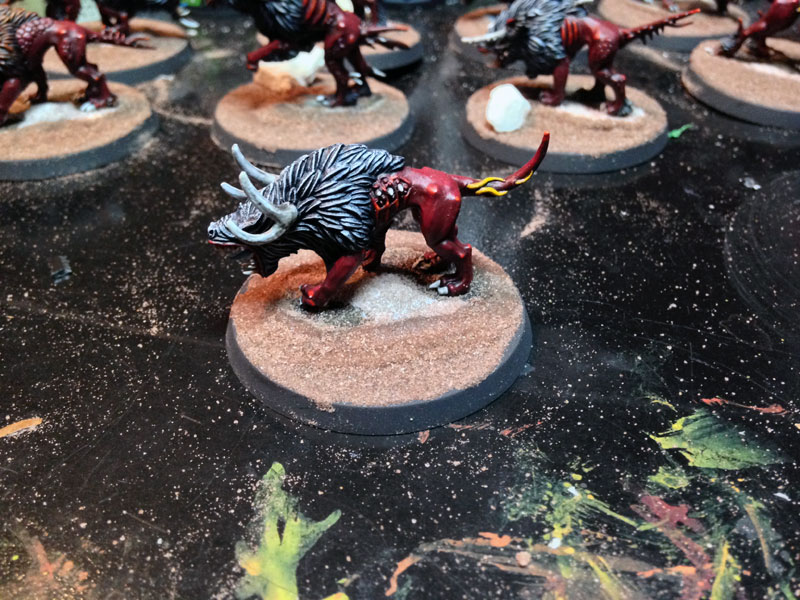 I decided to finally rebase my Flesh Hounds of Khorne from the bike bases they were on to the 50mm bases. I want to show the process I went through.

My Chaos Possessed Champion is close to being completed with the sculpting so I figured I’d show off his progress. Still a little bit left to do on him.

I’m working on converting up a bunch of old and abused models into Chaos Possessed to use with my Khorne Daemonkin and Chaos Space Marines armies.