Blog > Gaming > Devil at the Crossroads – Dancing with Competitive Lists

Devil at the Crossroads – Dancing with Competitive Lists 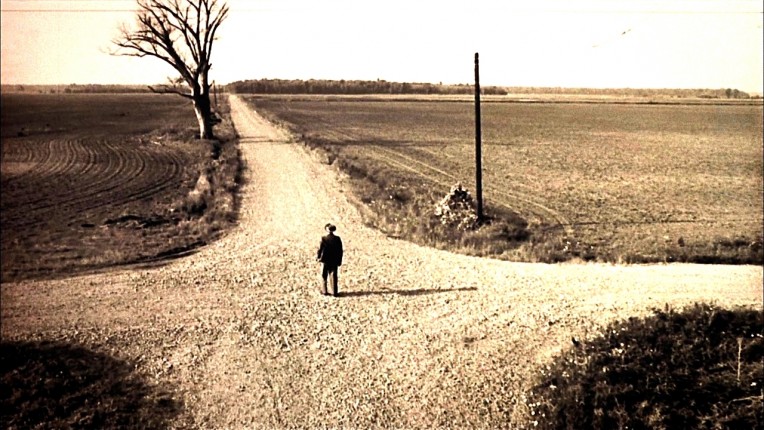 ~Don’t sell your soul to the Devil at the Crossroads, you don’t have to give up the fluff to be competitive.~

One of the phrases I dislike the most in Warhammer 40k or any game really is the phrase “I just built this list for fun.” Or it’s sister phrase “This is just a fluffy list.”  As though the player of that list needs to find an excuse for a possible loss he might not even have experienced yet.  A story driven theme and a list that “pulls no punches” need not be mutually exclusive, we are all here to “have fun”.  Too often in our hobby we fall into the trap of letting others intimidate us into believing that when we get to the crossroads of list building we only have two choices:  Fluff build or WAAC build (WAAC being another term much maligned and misused but that will be another blog).  We do in fact have a third choice, one that blends a story driven list with point efficiency and coverage of battlefield roles to take all comers.  Clearly some lists do this better than others, but since we are here to meet the Devil, I will be discussing Chaos Daemons in their various forms and codices.

Tonight though we will turn down the lights and watch out for the monster under the bed.  That thing that lurks in the closet of 40k, that hides in dark corners of the room…the fluff bunny.  That guy who harasses you for playing more than one Wraithknight, Imperial Knight, Heldrake, or Stormsurge.  Let me tell you, this Fluff Bunny has some serious teeth and can really make you rethink how you want to play the game.  Don’t let him!  Do not allow other players to cause to you buy into some false sense of what a “fluffy list” actually is.  Often the “Fluff Bunny” isn’t actually concerned with the fluff at all.  He is usually only concerned that his own list builds are inadequate, and plays on “fluff” as an excuse to assuage his own insecurities.  Now I am not here to say that no list is ever made to be “Over the Top” or “Purely Competitive”.  Obviously these lists exist, but too often many of us are made to feel bad for playing a list that is truly narrative, but does not sacrifice that competitive edge. 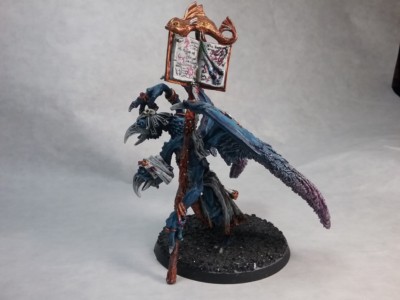 aos Daemons as an army have an incredible amount of flavor, coupled to some pretty devastating abilities.  To be honest, Daemon players have it pretty easy when it comes to making an army narrative.  We have the option to be “mono-god” or if we want to play multiple gods the story is clearly defined: Nurgle and Tzeentch are not friends,  Slaanesh and Khorne hate each other, any mix in between (including all four) is good to go.  The new “Decurion” style formations give us even better options for Daemonic armies that “feel” like oppressive, warp spawned incursions (but more on those later).  Tonight I will leave you with a 1650pt Tzeentch Incursion List I played Last week:

Daemonic Incursion – Warhost of the Architect

This list hits hard, has a very narrative feel, and is tough as nails.  The strategy is to keep the two lords of change on the ground to be wrecking balls, while Fateweaver rains fiery hell upon the earth.  The obvious “go to” power for this list is Cursed Earth (as it will be for most daemon psykers…but not all!).  The LoC with the Impossible Robe gains a native 3++ while using the Grimoire on the other LoC to bring them both to a 3++.  Cursed Earth provides a 2++ invulnerable save with re-rolls for each of the Lords.  Each LoC should also be using one of their Lesser Rewards for a Staff of Change, increasing their strength to 8 and allowing them to handle vehicle armor in close combat with ease.

The Warpflame host formation should see each Pink Horror squad holding key positions with 2 of each Exalted Flamer embedded in either squad (depending on powers rolled), with the Herald in the unit that most benefits from his powers.  The standard flamers in this formation cannot be overlooked either.  The +1 str to all warpflame attacks turns the much maligned flamer into a thing to be feared.  Don’t be afraid of the “warpflame” drawback, it’s worth the wound output.

The LoC with the Paradox should have rolled all three of his powers on the Malefic Daemonology psychic table, this way he has a better chance at cursed earth, but he should also be trying for the “Incursion” power and, barring that, should trade one out for basic summoning.  This way the LoC can use summoning as a weapon, and not just as a way to put bodies on the table.  The best units for this are Flamers (from basic summoning) or Screamers (from Incursion).  Both of these units are capable of dealing damage on the turn they arrive and fit the Tzeentchian theme.

The Furies are, by far, the weakest unit in the list and will probably die quickly.  The idea is to make good use of their quick mobility and use them to corrupt objectives for point scoring opportunities.

This list pulls no punches, either in fluff terms or in sheer ability to brutalize the opponent, and has proved it several times, to Harlequins, to Grey Knights, Ultramarines, Iron Hands and Eldar.  Wraithknights can be a problem but even standard imperial knights have a hard time hanging with 2 Lords or, if they get too close to 4d3 Strength 10 shots from the Exalted Flamers.

This has been my very first blog post, I hope you all enjoyed it and I look forward to meeting you at the Crossroads. 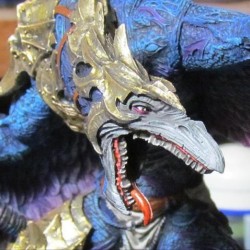 Tirelion
Tirelion (tie-rel-ee-on) is a father of three little Daemons of his own, plays at Crossroad games and doesn't believe that having a competitive edge means sacrificing a story driven theme.

Latest posts by Tirelion (see all)

I’ll refrain from any real in-depth response, as you have me brewing a counter-article for this ;) But, I do look forward to the responses, and welcome to the blog.

Thanks, I am looking forward to it. 😈

This list seems dirty in the best possible way. How did you do yesterday?

Now make one without Kairos.

It’s not that hard really. Plays a bit different, but I play more games without him than with him. Biggest difference is that you drop the Grimoire too. But that would leave points for something like a heldrake wing, screamers, another LoC, or some such.

Interesting stuff, especially as I have never really looked into Daemons but Tzeentch is my go to Chaos god.

They have good taste so.

This is similar to something I’ve been thinking as I write fluff and am in a narrative campaign for my KDK. I want to win, and I imagine that Irascus (the leader of the warband) wants to win even more. My lists are often times fluffy and also pretty competitive (but never WAAC or over the top since my local group is more about fun with a side of competitive).

That’s a line I try and straddle as well, and it’s not usually easy. To get the right amount of punch in the list without losing that theme you aimed for, and without being too much, is tricky.

This is one of the things I love about the SM Battle Company as well. It’s hard to imagine a fluffier list concept, AND it’s strong without being boring to play against. Daemons probably actually have the most options in that overlap, tho. So many great choices available for them.

Daemons are in a really good spot right now; no doubt about it.

Most of the time, the two choices are Fluff or Competitive. Playing an army that can pull both off in the same list is a luxury.You claim we can have both, but then go on to post a mono-Tzeentch list, which is by far the easiest mono-god to build around. Tzeentch has everything, AI, AT, Psychic Prowess, Speed, and Punch (from the LOCs). Try building a mono-Slaanesh list that can tangle with Competitive lists. I AM the person that will criticize cheesy lists. I AM entirely concerned with the fluff, and I have NO insecurities about my list building. In a perfect world, everybody would conform to your sort of list building, the game would be balanced, and everybody would be happy and have fun. Thats not how things work though, the game is unbalanced at its core, never mind specific units. There will always be WAAC players who will ruin your fun. I’m not bashing 40k, I been playing for years and I love it. I’m just pointing out the truth. I don’t agree with your article, but nice article anyway. :)

First let me point out that I recognize that there are certainly weaker builds for armies. The point of the article is that not every list that tries to be competetive is devoid of narrative, as some fluff players imply. Also, Tzeentch just happens to be my favorite god. I will be covering Khorne and Slaanesh as well.

The only problem is you can only have one hell forged artifact of any type on each lord of change so you can take an exalted reward but it can not be the Grimoire with the impossible robe.

You make a point I admittedly hadn’t considered about the “Trade in” artifacts. As they are not purchased, but traded away after buying an exalted reward. I think in that case I would just switch the book to the herald and largely achieve the same effect. Thank you for catching that.

Nice article, almost a direct counter point to my articles here on the same subject. I really like the Daemonic Incursion Detachment as it gives Daemons some great rules (Demonic corruption being superb, both powerful and thematic) and good options for how to build a daemon force. I’m just not sure I agree that your build is that narrative, beyond being mono-god.

In my experience, when building a list that tries to walk the line between ‘fluff’ and ‘crunch’, you will normally hit a point where you have to make a choice in you list that will tip you one way or the other. For me, engineering the 2++ rerollable save is the tipping point here. Its really not that fun to play with or against 3 near indestructible greater daemons.

Still, everyman to his own – its your hobby at the end of the day, and no one should tell you how to enjoy it.

Nice article, almost a direct counter point to my articles here on Creative Twilight dealing with the same subject. I really like the Daemonic Incursion Detachment as it gives Daemons some great rules (Demonic corruption being superb, both powerful and thematic) and good options for how to build a daemon force. I’m just not sure I agree that your build is that narrative, beyond being mono-god.

In my experience, when building a list that tries to walk the line between ‘fluff’ and ‘crunch’, you will normally hit a point where you have to make a choice in your list that will tip you one way or the other. For me, engineering the 2++ rerollable save is the tipping point here. Its really not that fun to play with or against 3 near indestructible greater daemons.

Still, I know that tipping point is very subjective and it is more a case of everyman to his own – it is your hobby at the end of the day, and no one should tell you how to enjoy it :D