This is my short run through of my history with 40K, and what the game has come to mean to me.

In 2006 I had my 10 year high school reunion. Long story short, I had no intention of going, but was persuaded into attending. The day before the reunion, I met up with a bunch of friends from high school I really had not seen in those 10 years. One of those people was Kamui, and he and my other friends were still playing 40K. They played back in highschool, but I was never drawn to it then. This time around, it didn’t take much convincing and I was emerged.

Back then I played on average of one game a month. One of us would host, and we’d drink beers and play 40K. Collecting an army, Orks at the time, and getting everything assembled and painted accounted for easily 95% of my time spent doing anything 40K related.

With gaming being such an infrequent thing for me, it’s easy to see how the hobby side of 40K absorbed all my time. I painted almost nightly, and in a few years I had two fully painted armies, Orks and Necrons. I dabbled with sculpting and did a lot of converting and scratch building for my Orks. Super glued fingers and bleeding wounds was part of most any day.

Don’t worry, I won’t bore you with memory lane. I just need to do some setup here.

Eventually I began going to what is now my FLGS and gaming on a weekly basis. A few months into attending there, I started doing tournaments once a month there as well. I was now gaming more in two months than I had an entire year prior. It was almost like starting over with regards to gaming. No longer was I playing the same few friends over and over. I was facing new armies, new players, and I began growing more as a gamer.

Today I still play weekly at my FLGS, and still play in the monthly tournaments there. I attended one ‘ard Boyz (now gone), and a few out-of-town tournaments. I think it would be cool to at least once make one of the large tournaments all the competitive bloggers write about, but it’s not a huge draw for me. Which brings this back around to the point of this article.

To me, 40K is an escape. I’m an adult. I have a wife, a house, a job and all the normal responsibilities of someone my age. Even though I game more than I had earlier on in my 40K “career”, the hobby side of things still accounts for more of my time spent in 40K than gaming does. I have a lot of pride in my armies, whether it’s the painting, sculpting, or conversion work I do to make my armies stand out.

On average I win more games than I lose, but I don’t hold a record that any competitive gamer would be proud of. I continually try to push myself as a gamer, never settling for good enough, but I’m not the best player out there and that’s fine with me.

Once a week, and one weekend a month (sounds like National Guard), I go play with my toys with a bunch of adults. We admire the work each has put into their army, roll some dice, have some laughs (often as the expense of another player), and shake hands at the end of it. We all forgot about the bills, the kids, the list of errands that needs to be accomplished tomorrow, and just have fun.

So that’s what 40K is to me. It’s that chance to get away from it all and emerge myself, be it with the hobby or a game, in a world that calls to me. It’s that simple escape that anyone seeks in any hobby really.

I also feel it’s one reason I’ve never become super-competitive with it. For me anyway, being a top-notch competitive 40K player would be more like work and less like a hobby. It’s not to say I don’t try, but I’d rather spend an hour painting than an hour pouring over a list of mine ensuring everything is truly optimized.

How about you? Why do you play 40K? What keeps you coming back to it? 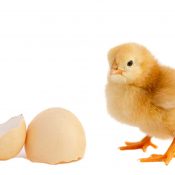 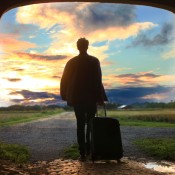 Why I’m Done Playing Warhammer 40k: This Is the End 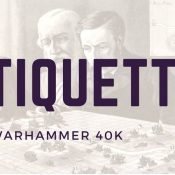 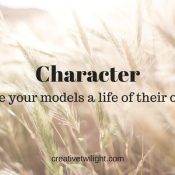 This question seems to be making its rounds.  I play for various reasons but you have summed up the majority.  I play for the ‘fun’ of the game, and actually enjoy teaching new players thwe rules and helping them become better players.
Thsi reminds me of an old post regarding Space Marine hate.
http://bdagamer.blogspot.com/2011/06/why-hate.html
(please excuse the blog, life got in the way…and it will be revived over the next few weeks)

Doh, guess I didn’t realize the question was floating around lately.

I’ve played a lot of RPGs and although they are fun it can be difficult to get a good group together on a regular basis to play.  40k can be as simple as two people getting together on short notice for a match.

What has really kept me hooked though is the hobby side.  Between modeling, painting, and terrain building there is always something to do between games.  Working on the models makes me want to play the game, and playing the game makes me want to work on the models so it builds on itself.  Non-miniature games just don’t have that same impact.  There’s only so much time I can spend researching and optimizing character options before I’m tired of it.

I play 40k in particular because it’s the first one I started 20 years ago.  I love the models and the world.  Many of the other games look interesting but there’s so much in 40k that I’ve yet to explore that I just can’t pull myself away.

I completely agree about 40K being self-sustaining. Of course it does depend on if you enjoy painting or the hobby in general. If you enjoy all aspects then it definitely perpetuates itself.

Like you its an escape. Also its the community I am from away and have moved several times so its nice to have friends outside of work. 40k does that for me. The first person I started playing in Maine was a complete accident. I had stopped to get gas and as I was returning to my car I noticed a guy sitting in a car cutting away on a Russ turret. I just stopped and said “hey do you play 40k?” 5 years later I feel like I am part of something.

Sitting in his car working on his Russ? Now that’s addiction!

I agree about the community aspect. If it wasn’t for that I likely would grow bored with it eventually.

Hey Thor cheers for the link :)

There’s no simple answer really.  I suppose that 40k for me is mostly a creative activity.  I’ve always loved drawing and painting pictures – I almost went to art school when I finished high school but changed my mind at the last minute.  40k lets me exercise my practical creative urge, to make things that look cool with my own hands.

I also enjoy the actual game because I … like playing games ;)  But definitely the hobby is the part closest to my heart, and up until recently it’s been only 40k because of the sheer scope for conversions and wacky ideas in the huge 40k universe and vast GW model range.

As a creative outlet it’s so vast. I’ve been in it for 6 years and I still feel like an amateur regarding so many things hobby related. There’s just so much to try and master and then when you do you just want to push to that next level.