Hello there, Knight of Infinite Resignation here, your friendly Remote-Scottish–Island-Dwelling-Kierkegaard-Aficionado. Welcome back to this short series about starting 30K.

So far we’ve covered the reasons you should play 30K, as well as the books you’ll need to play it.

It hardly feels as if any time has passed for me, and that’s because it hasn’t, I’m writing these articles back to back during a single exceptionally long ferry trip across the stormy North Sea.

So, today’s article is a quick guide to which power armour types you might like to buy for the various Legions, and also some money-saving ideas to help smooth the path into 30K.

That’s what my wife calls it when something goes wrong in life or takes an unexpected path in some way that can at least be called an economy measure – like you get ill and can’t go on holiday. There are no Big Money Saving Events in Horus Heresy gaming, though there are a few ways to save some pennies.

Often people assume 30K armies are going to be hideously expensive, especially when they discover that the standard points size for a game is around 2500 points. However it’s important to note that the points values are not exactly equivalent between 30K and 40K.

Many times, Horus Heresy characters or units are hugely powerful and hugely expensive in points. A 2500 army may well have around the same number of models as a 1500 point 40K army, or even less. Look at a few sample 30K armies and you’ll see what I mean.

Use It Or, er, Buy It Again

You probably already have lots of models you can use for Horus Heresy gaming. Although, the funky Deimos style rhinos and predators are cool, the Mars pattern (that’s the plastic 40K ones) are perfectly acceptable for 30k and were around in large numbers. 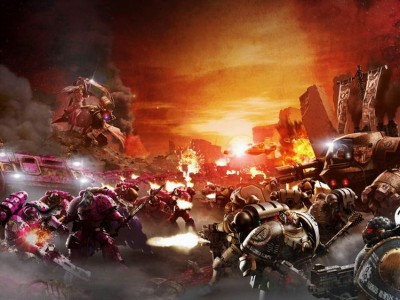 After Istvaan V the Traitors were even starting to spike up their vehicles, so those spikey Chaos Rhinos might be useable too.

It’s really worth thinking about what you can adapt from old stuff you have. I dislike 8th, and have a huge collection of 40K stuff, so I’m busily stripping and repainting ancient old school Deimos rhinos (the old smaller plastic ones from before the current plastic kit was released), Dreadnoughts, Vindicators and Land Raiders from my 40K World Eaters and Death Guard to re-use for my 30K Death Guard and Iron Warriors.

Now, the Traitors in 30K aren’t as chaosified as their 40K versions, so if you have normal Dreadnoughts for instance they can be used in Traitor or Loyalist forces, and who doesn’t have a few old Black Reach Dreads knocking about. No Helbrutes with their freaky feet though, they wouldn’t fit in!

If you are building a new 40K army, have a think about how things can do double or triple duty and be useable in 30k too.

Magnetising or blue-tacking icons, banners and spike racks can mean the same vehicle can do duty in more than one army. Plain black vehicles could be Black Legion in 40K but Raven Guard in 30K, just switch the removeable icons and spikes. Red tanks could be Word Bearers or Thousand Sons in 30K or World Eaters or Word Bearers or even Blood Angels in 40K.

By building your 40K marines with 30K plastics then they can also do double duty, though you’ll need to think about how you equip your units as squads are quite differently equipped in 30K/40k.

Some 40K forces really suit the 30K look, MKIII Iron Warriors look great for 40K as well as 30K, though some 40K Chapters just don’t look right with 30K armour Marks, and of course some have radically changed their colour schemes.

I built my Iron Hands with mostly MKIV parts and lots of Anvil Industries bionics. MKIV aren’t quite so obviously Heresy as MKII or MKIII armours, so can pass in 40K a bit easier than MKIIIs might for a Loyalist army particularly if you add in some MKVI and VII helms here and there or bare heads. 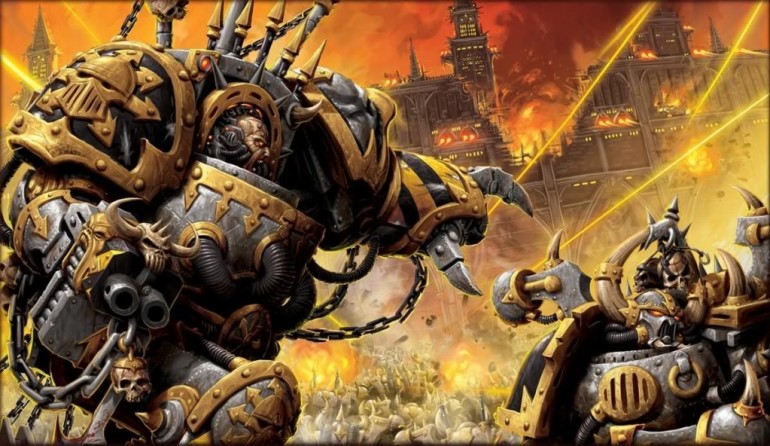 I don’t suggest you try to use the same infantry in more than one army. Infantry really need their exact colour scheme and heraldry to look right and it’s too fiddly to make that removable. Though, you might well be able to use the same models as the same Legion/Chapter but in different time periods.

If you play Blackshields in 30K they would be perfectly useable in 40K as renegades or some poorly equipped loyalists on a long campaign or even as an idiosyncratic Chapter with lots of old kit, depending on how you build them.

30K Blackshields are really the closest thing to a 40K home-brew Chapter, and one could easily do double duty as the other.

There are a couple of 30K armies that can use 40K plastic Tac Marines too. The Alpha Legion had lots of late-model armour and so did the Raven Guard, so using the 40K Tac Squad, or mixing that with other 30K Marks can be fine, and we all know how cheap Tac Marines are on Ebay.

It’s also worth noting that Thor has an article on ways to save money with 40K. If you check that out then you’ll also see some sets that are for Warhammer 30K and will give you some savings.

Anyhow, here is a chart showing which armour marks are generally thought to suit each Legion’s aesthetic. No hard and fast rules though. With a few exceptions, all the Legions had several different marks in use at the time of the Heresy.

This chart is not in any way official, its based on a few lists making the rounds in HH circles. The use of MKV should be restricted to later in the Heresy, but could be used by anyone as it represents a stopgap armour cobbled together from available resources.

Of course if you already have lots of Daemon models this might influence your choice of army. You may find you only need buy a couple of special characters and perhaps 40 tactical marines. Then you’ll have a serviceable 30K Word Bearer army with Daemon allies. Spice it up a little later with a possessed Contemptor and some Gal Vorbak or Ashen Circle. 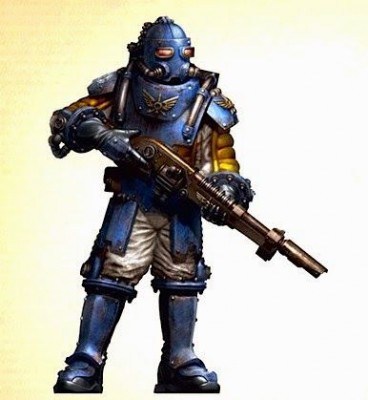 Solar Auxilia are a very expensive force to collect being all resin from FW and a relatively high model count army. I have seen kitbashed Genestealer Cult Neophytes with 3rd party helmets look good, but the guns aren’t right. Tempestus Scions are similar in the fluff, but the armour doesn’t look like space suits.

Solar Auxilia are thus the hardest 30K faction to collect cheaply.  They do use Leman Russ tanks at least in addition to their unique and expensive Dracosan transports.

Imperial Militia and Cults, however, are completely flexible in terms of appearance. Want an Abhuman regiment kitbashed from Beastmen and Empire Handgunners? Go for it!  How about pirate looking guys from the Frostgrave Ghost Archipelago Crewmen? It’s a big galaxy and the less regimented forces of either the Traitor or Loyalist side in the Heresy could look like anything!

Likewise, the full range of historical minis is open to you from Napoleonics through to Medieval and beyond. Its never been easier to buy 3rd party sci-fi looking weapons to help with conversions, though the description of the Inducted Militia’s weapons in the army list could include anything from crossbows and bows and arrows through to black powder weapons or simple las weapons.

As an example I have a bunch of 50 tainted flesh provenance mutants made from Escape From Goblin Town gobbos with a variety of plastic GW pistols added.

There is always the option to use plastic Cadians or Catachans too, though the odd bit of 30K colour might show you are willing to make an effort!

Because of its flexibility as far as infantry models are concerned, and its use of normal Imperial Guard vehicles like Sentinels and Leman Russ tanks the Imperial Militia/Cults list is one of the cheapest to build, despite its high model count, particularly if you use historicals or Frostgrave figures for your infantry.

The 30K Mechanicum is quite different to the 40K Skitarii and Mechanicus. The Onager Dunecrawler, tracked servitors and the chicken walkers don’t appear in 30K. However Belisarius Cawl and the Magos can certainly stand in as their 30K versions.

The plastic Skitarii can be used as Titan Guard in 30K, though beware the weapon options are VERY different so check before you build them. The Skitarii can be Troops in a Mechanicum army, as Secutarii, but cannot fill the minimum troop slot (unless you bring a Titan), so you will need some Forgeworld Thallax or some Tech Thralls to fill those two minimum slots (or one in an Allied Detachment).

The good news is that Tech Thralls could be kitbashed from a lot of different minis, G-Cult Neophytes with Skitarii Ranger heads springs to mind, though since Magos’s  (Magi?) are famously idiosyncratic I guess Adsecularis Covenant Tech Thralls could look like almost anything.

Squads of 10 to 20 Skitarii Vanguard models built all with radium carbines will do nicely to fill the other troop slots on the cheap however. 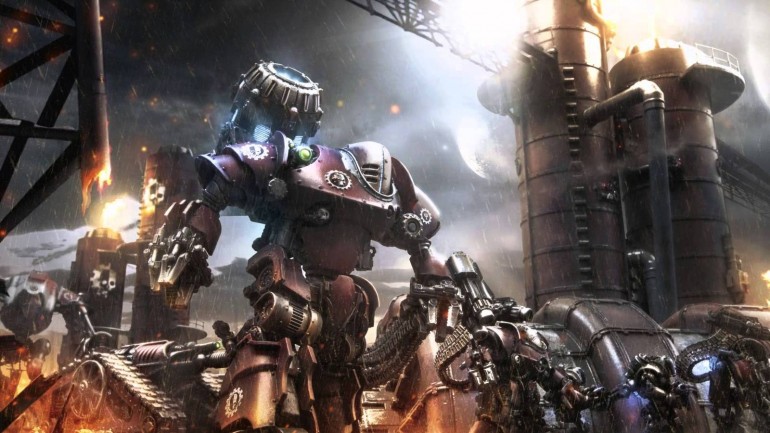 A lot of people use the Castellax robots to stand in as Castellans but they do really look quite different, so I’d think twice, or at least attempt some conversion or get 3rd party heads to replace the dome-heads.

Remember you can field an Imperial Knight as part of a Mechanicum army, so if you have one of those you may already be 400ish points towards your total.

Forgeworld just teased a tunnelling machine (the Termite) which seems set to become a standard transport for Legion armies and maybe Mechanicum. It will probably be around the £40 mark when released.

Mantic Games already have a very nice plastic tunnelling machine as part of their Veer-myn range at less than half that cost. Likewise, some 30K forces can use Arvus Lighters as transports, again Mantic are about to release their Hornet dropship, which if your opponent is willing would make an acceptable Arvus proxy at a fraction of the cost.

So, that’s all for now, hope this short series of articles has helped a little to reveal the mysteries of the 30K world to you and get you on the road to playing this excellent and engaging game!

Feel free to ask any questions in the comments and I’ll do my best to answer them.

Latest posts by Knight of Infinite Resignation (see all) 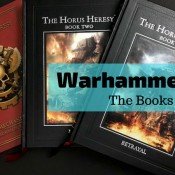 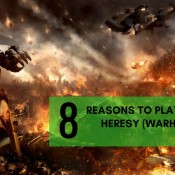 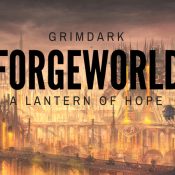 Is Forge World Providing a Lantern of Hope in the Grimdark? 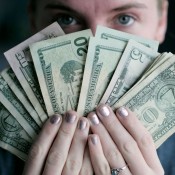 Nice work on this series. I’ve definitely learned quite a bit about the game. Granted, I still have a preference lately for the fast-paced nature of the specialist games, but I do see 30K in a new light now. Well done.

Good article, a quick note on the armour marks in 30k. I used a combination of plastic 40k space marines and chaos space marines to build some alpha legion tactical squads. (saying that I do have a fully resin FW 30k mechanicum army. which oddly is very cost efficient pts wise due to the high values of the many units. Thallax are ~150pts for three guys for instance.)

just getting to this article now. I love the idea of re-purposing an old 7th edition rulebook, and building a (3d printed) custom army for Imperial militia. My group is avoiding the new boxed set rules and I am just getting into 30k, so this article is still a ton of help for me. Thanks