Fate’s Angels are a Space Marines chapter that Thor created for Warhammer 40K. You can find fluff and battle reports of their Warhammer 40K games.

I converted this model a year ago for ‘ard Boyz and it has sat in primer black since then. It’s just a simple kit-bash with a Dark Angels robed head and then some extras glued on him; which are mostly on his back and I didn’t take a shot.

Crossroad Games in Standish Maine hosted a large 40K tournament, The Standish Standoff, and here’s my battle report for the day’s games. 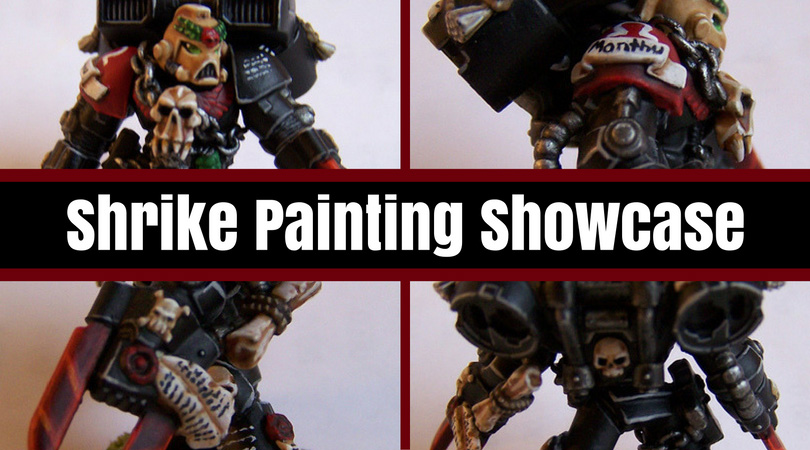 I’ve been working on a counts-as Shrike model for a while and he’s finally completed. Here’s shots of Fate Lord Monthu, aka: Shrike.

As much as I like Shrike on the table I’m just not a fan of the model. So, I set out to create my own counts-as Shrike model. Check him out.

Ultramarines the movies is holding a design a standard competition and I’ve decided to enter. Here’s the standard that I created.

Last night I got in two games using my Marines. Both games were against fellow Marines and both games were losses. My record is far from great with my Marines. I love the fluff, I enjoy the modeling and I like the models themselves but I just can’t seem to win a game with them….