The following is a short story based on my Space Wolves army, starring my chosen HQ: a Wolf Guard Battle Leader by the name of Feros the Grim; aka Feros Wyvernbane; aka Grymvlk. I have written a few short stories about the exploits of Feros, but the recent mutterings down the Warhammer 40k grapevine about the possible return of the 13th company in the form of some codex supplement and possibly some new Wulfen models inspired me to start on a new series of short stories, that I will be posting here.

As the Battle Leader entered into the mead hall, the raucous din of the Sky Warriors’ revelry fell silent. Wolf Guard, Grey Hunters, and Long Fangs bowed their heads in respect, Blood Claws discreetly chattered rumors concerning their Battle Leader between one another, and even the Fenrisian Wolves gnawing on bones in the corner whined and looked to the door. Relieving himself of his frost-bitten wolf fur and shaking the snow from his long, graying-raven hair, the Battle Leader strode toward his often absent place at the table next to his Wolf Lord, Sven Bloodhowl. Each step of his ceramite greaves echoed with great volume throughout the now eerily silent feast hall as he approached the seat of Bloodhowl, a dire countenance written upon his rugged face.

The Battle Leader commanded a forbidding presence, greater in potency even than that of some of his grizzly, elder battle brothers. Standing slightly taller than the average Space Marine, The Battle Leader looked down from his tower of ceramite plating upon nearing his Wolf Lord, his eyes black as night and adorned with irises, yellow and bright as those of the mighty wolves of Asaheim mountain.

Bloodhowl looked up at his trusted advisor and friend, knowing full well that Feros the Grim wouldn’t have attended a feast hall unless he bore news of great urgency. “What is it, Grymvlk?” The young Wolf Lord intoned, his voice commanding a presence in the great halls entirely different from that of the Battle Leader, booming with a boisterous warmth that seemed to temper the cold aura emanating from the Battle Leader. The Blood Claws’ chatter intensified, silenced in short by an unusually stern glare from their Wolf Lord.

Grymvlk: Grim Wolf. The Battle Leader had been appointed that name by Sven Bloodhowl shortly after his ascension from the status of Lone Wolf to Wolf Guard many years ago. It was an appropriate title by Feros’ own reckoning; few things now brought the dour Sky Warrior joy. In a terse, growling voice, Grymvlk responded:

“The Great Wolf sends notice: a vessel of the 13th Company has been located off the crest of the Eye of Terror. Logan Grimnar requires your presence at The Fang.”

The Battle Leader’s grizzly voice reverberated all throughout the now truly silent hall. Even without the advanced senses granted to the Vlka Fenryka, one could hear the soft skitter of a mouse against the cold stone of the mead hall. Even the youngest and most imprudent among the Blood Claws now fell silent, their eyes wide and tongues still.

An eternity might have passed, by anyone’s reckoning, following the Grim Wolf’s proclamation, but a mere moment it was before the Wolf Lord’s response. Rising to his feet with a great clamor, Sven Bloodhowl slammed his armored fists on the table seating himself and the Wolf Guard.

“Bloodguard!” His voice boomed, “We march! To the Fang!”

Without hesitation, the most decorated members of the Firehowlers’ Astartes followed their Wolf Lord, rushing out into the hostile Fenrisian night and leaving Feros the lone member of the Wolf Guard in the mead hall. Turning on his heel to face the Firehowlers, Grymvlk snarled: “Feast now, my brothers! Soon, we pursue our glory!”

The Battle Leader departed the feast hall, his fur cloak billowing in the Fenrisian breeze, with a chorus of roaring cheers at his back. He allowed himself a small smile, unseen by his brothers, as excitement brimmed in his chest. This would be a good hunt. 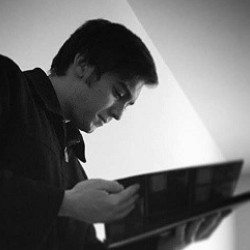 Latest posts by Petrichor (see all)

Thanks! I used to do a lot of creative writing back when I was in high school, but I haven’t flexed that muscle in a long time. Something about 40k and army fluff always revives that interest in me. (It might also have something to do with the fact that I’m reading Dan Abnett’s Horus Rising for the first time.)

Same with me. I used to love doing it, still do, but I just don’t get the time I once had.

40K Is a great setting for fluff. There’s so much to pull from. Have you read the Heresy series yet, or had you just skipped over Horus Rising?

I’ve read Fulgrim, but I never had the time to pick up any of the other books.

The series as a whole is great. There are some duds in there, but that’s to be expected I suppose with so many authors working on it. I definitely recommend reading it in sequence.

Fun stuff.
:)
I’ll keep my eye out for the next installment.

Thanks! I plan to update it shortly, but these mutterings about the planned fluff I was about to write actually coming to pass (return of the Wulfen, involvement of Sven Bloodhowl, etc.) are going to require that I tread carefully, lest Feros ‘Grymvlk’ Wyvernbane end up similar to Captain Titus: in an alternate reality. ;P

Nonetheless, I think I’ll have the next part out by this time next week. Thanks for the comment!