So, I was closer to completion on the space wolf scout then I thought. With some late evening work on Friday, and a big push during kiddos nap time, I finished it off Saturday night.

This guy was a lot of fun, other than working against the deadline of the 19th, but that turned out to not be a problem. I lucked out on the wolf, which I knocked out on my lunch break Friday.

I am pleased with the results and think that I have a worthy entry into the Golden Squig at the Dorka Morka Shocktober event.

The pressure is off wooooo! At least until next month….Let me talk a little bit about the model.

I have always loved the space wolves. They were one of the first armies I ever played. They had awesome fluff back in third edition that has only gotten awesomer with the Horus Heresy books. I am sad that the Grey Hunter spam took off in 5th edition to the extent it did. Not that they aren’t cool, but I always felt the heart of the space wolves were in their blood claws and their scouts.

The wolf scouts actually had rules, and still do, befitting scouts. They are bad ass loners that operated behind enemies lines in the fluff and on the board. Many a tank died to a multi-charge melta bomb party back in the day.

Anyway I have had a bunch of bits left over from building my White Scars up over the last years, and I thought the Golden Squig a perfect excuse to revisit the wolves and my favorite unit of the game.

So, this guy is cobbled together from my bits box. The legs come from the scout sniper box, the head is one of the space wolf alternative scout heads, the arm is a special space wolf scout arm, and the cloak is sculpted out of green stuff.  The wolf is a wolf of Fenris. I believe it was in my box as well, not sure where he came from, but I thought he made a nice addition to the base.

I really wanted to focus on blending and creating a nice model with this guy. I think I did okay with it, I still have a lot to learn as I frequently got frustrated with the process. It seemed like after 10 thin coats there was still no progress at times, and then one mistake left a nasty water line in the blend.

The shoulder pads drove me absolutely bonkers and they still don’t look quite right in my opinion. I got the point where they were good enough for me as I was starting to build up too much paint on them it seemed, and I was afraid that things were about to get chunky.

The decals turned out well, but if you look hard enough you can still see a few spots where they lifted off the shoulder pad. I need to reup the micro sol my son dumped out on the carpet to try to help that, but the satin varnish shot through the airbrush does a good job in its stead.

The base work was a ton of fun and was my favorite part of the whole thing. It is foam board chunked up and glued to look rocky with a little joint compound smeared on to unify everything. There are probably 100 layers of different washes thrown on there to get a realistic tone for the rock. I also blended in some thin layers of watered down pigment to bring in a little dirt to the low spots to help with the realism.

The dead winter grass was added over most of these spots, then after hitting it with some varnish through the airbrush, it was lightly dry brushed white to give it a frosted look. Then I busted out the crushed glass from Secret Weapon miniatures for the snow. This stuff is pretty damn cool.

I took none of the recommended safety precautions and hopefully it shows in the work ; )

It was a really different medium to work with, and at first it was pretty scary getting it put down on the base, but with a little time and work it gives a great effect. You can easily go from fluffy snow to an ice slick with little to no extra effort.

Big thumbs up on the product, but I wouldn’t want to put it on anything that I was going to game with. I am sure you could get away with it, but finely crushed glass falling off in a bag or on a table is a little different than the dusting you get from unsealed pigment.

Hope you enjoyed this little run down.

I look forward to sharing the model in person with everyone next weekend at the Shocktober Event.

Next up laying out the diorama entry for the Standish Standoff in November!

But first a beer and a nap. 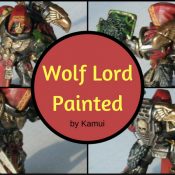 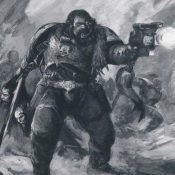 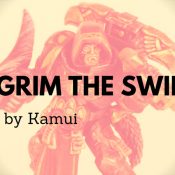 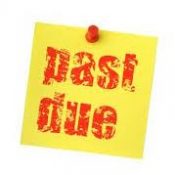 Well done! My favorite part is the composition of it. The Scout pose, the running wolf, the base their on; it all comes together great. That basing material looks very real but yeah, I probably wouldn’t use it on table models either.

My only criticism is the lack of highlights and I’m not really seeing any shading either. May just be the lighting.

There is some shading and highlights it is subtle and the lights and camera really washed it out. There certainly could be more and as I get better at this stuff there will be ; ).

It does look like the camera washed out a lot of your blending efforts. I’ve found that when blending it’s very easy to end up with an effect that is too subtle to have much impact. While each layer should be very close to the same shade the first and last need to be quite different from each other.

And, of course, the more subtle the effect the harder it is to photograph accurately!