Gaslands is the brainchild of Mike Hutchinson. He is a gamer and modeler who started writing wargames at the tender age of 15.

In Gaslands, a dystopian, post-apocalyptic future (that all good sci-fi settings should have), the year in 2018 and the Earth has been occupied by Martians for 19 years.

Earth is a ghetto. All money goes to Mars. While some resent those that betray their fellows to work for a Martian corporation, many simply cannot afford ideals.

Television continues under the global control of The Network, a nest of greedy and traitorous Martian collaborators. The Network shows a line-up of ultra-violent blood sports and gas-guzzling death games. Gaslands is ratings gold as teams from across the world battle to reach the prime time final. The prize?

Escape from the ghetto to the haven of the rich and happy on Mars!

The game has been around since November 2017 and already has a great following via the Facebook group where the author, Mike Hutchinson, is fairly active.

The goal of Gaslands is to get your crew of armed and armoured killing machines through a death race. The idea borrows heavily from Mad Max, Running Man and Death Race as well as the plethora of post apocalypse car-to-car warfare movies and books. You can probably draw similarities with games like Car Wars too.

One of my favorite features of the game is the lightweight ruleset that captures the mayhem and carnage of the death races without a mass of detailed record keeping to get in the way.

Weighing in at 64 pages, Mike has included all the typical things you’d want to see including bikes, buggies, cars, busses, monster rigs, buses, and tanks, in car-on-car mayhem.

Your fleet can be fully equipped with all the classic driving destruction weapons like machine guns and post-apocalypse to fight for resources, dominance and, most importantly, survival!

Of course, every successful combatant needs accessories and Gaslands has all the rules for caltrops, oil slicks and glue launchers along with a host of improvements to make sure your chance of survival is a good as it can be.

Each Turn proceeds through gear phases 1 through 6. The faster you’re moving, the later in the gear phase you have your turn.

In each gear phase, activate each vehicle in that gear or higher.

During your turn in a gear phase, you move using one of the movement templates in the book (or you can buy the Gaslands templates from various vendors because cutting them out SUCKS!), make a check to see if it is successful or not.

Next is the attack phase. Every vehicle is armed with handguns but it’s more fun to arm them from the devastating arsenal of weapons available to your team.

Damage takes off hull points and once hull points are gone wrecked effects are applied. Flips and explosions abound!

The best bit about the game?

You already own all the bits to put your team together! You use kit-bashed Matchbox and Hot Wheels cars to make up your team.

The game can be customized to match whatever type of game you want to play as there is a heap of options for scenarios, environmental effects as well as crew advancements and campaigns.

“Through the shimmering haze of the broken and steaming asphalt, we see our steel-eyed competitors lined up: engines rattling and teeth gritted.

Tonight’s race is incredibly important to the teams… it’s the last chance for a shot in the big leagues next month, and one more crucial step on that road to The Big Red.”

The “standard” game is called Death Race, other scenarios include:

The scale in Gaslands is a lot less than I am used to (28mm exaggerated) for Warhammer figures, however, you can resize the templates to fix the larger scale.

For the purposes of the game, the scale is counted as being the size of a Matchbox/Hot Wheels car.

Included in the rules are campaign and advancement rules, so your team can advance and gain experience called Perks.

Each team also has a sponsor and this determines what perks are available to your team.

There is huge replayability and massive scale to build huge death races. The recommended size for a team is 50 cans but you can increase this and decrease this to create bigger or smaller teams.

On top of that, Gaslands has huge modeling potential, even if you ignore the Matchbox/Hot Wheels cars and go straight to some of those new, sweet looking Ork vehicles for 40K!

You can draw similarities between Gaslands and Xwing easily. The mechanics mean that slower cars go later etc. I really enjoyed that in Xwing, so in Gaslands it’s something that I really enjoyed. And it’s another great excuse to go back and watch Mad Max again for no reason.

NB: Links in this post are to affiliate programs. You click and buy and I get a few cents. Win-win! 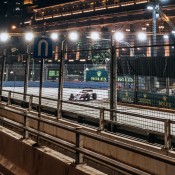 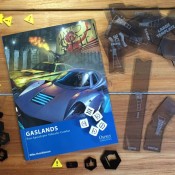 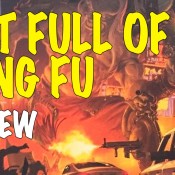 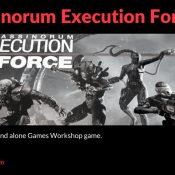 How’s the mechanics of the game? I know you said the rules are minimal, but does it use a D6 system or something else?

I’ve been watching the game since it came out. It’s hard to go on Twitter and not see the awesome conversions people are doing and not be interested.

Like Xwing, there’s a lot of templates for movement and stuff. Most other rolls are done with six-sided dice. The secret is that you can use Hot Wheel cars and that means there are infinite conversion and painting opportunities.

Gotcha. Played Speed Freeks and it was similar as well.