Following my latest ork craze, I have decided to revisit some of my ancient conversions that I feel very proud of. If you follow my little piece of the internet here more regularly, you may have already noticed my Ork Mek Jetbike I have posted some time ago.

This time I took the time to modernize a conversion so old, that it is not valid with the current fluff anymore, but I don’t give a rats ass about that :P

I present to you, my version of Wazdakka Gutsmek, the infamous Evil Suns speed freak. 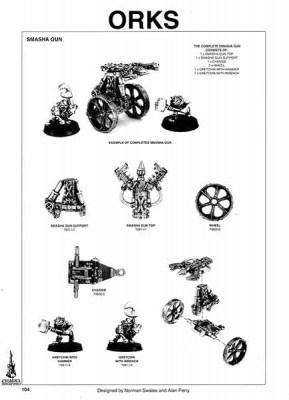 The gun I used in the conversion.

Back in the day, Wazdakka Gutsmek was nothing more than a crazy mek loving to customize his bike, in such an extent that he created the most weird ork bike, even for ork standards. He rarely leaves the saddle, practically living on his bike, having his trusty grot assistant Fixit on his side, always looking for someone to hire them for some spare parts and teef to spend on his bike, or some high octane squig fuel. His bike was fitted with a Battlecannon (yes you heard this right) in addition to his autocannons (back in the day, ork bikes had twin linked autocannons). I had decided to use an old smasha gun instead of a battlecannon because it looked so cool, and count it as one.

The other major conversion job, apart from the rest of the bike of course, was the face of Wazdakka. I based him on an ork Nob, and I tried to make him stand out sculpting goggles and a big squig beard, a sign of someone living constantly on the road!

The fluff of Wazdakka Gutsmek has changed since then, loosing his bad ass battlecannon, but gaining an even more badass backstory than before. I may eventually make a newer version of him but I love the old school feel of this conversion.

The base is 3D printed, giving me much more space for a nice simple scenic setting, giving me the opportunity to make it even more dynamically posed, seeming to be landing from a big jump.

Hope you like him as much as I do, bear in mind this is a rather old paint job and conversion work so be easy on me :P

I would love to hear what you think in the comments below, plus leave me a vote on Coolminiornot as usual if you have the time.

Till next time, take care! 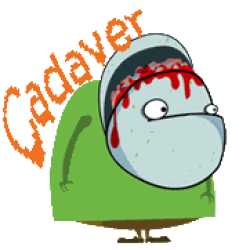 Cadaver
Teacher, modeller, painter, Wargamer mad about music and trying to fit all these in a tight 24hour schedule! Always trying to find more challenging and unique projects to get my teeth on!

Latest posts by Cadaver (see all) 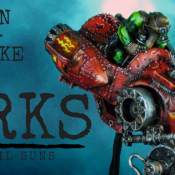 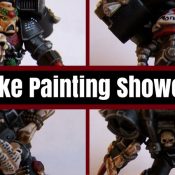 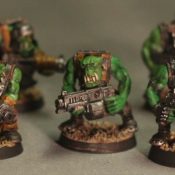 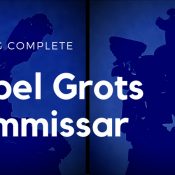 Well played, he looks awesome. I do love me some Ork speed freaks.

Thank you! Speed freaks are one of my favorite ork cults. Expect more soon! ;)

Speed Freaks are my favorite, but the “current” codex for them doesn’t do them any favors. Hopefully with 8th coming they will be much more usable.

Indeed, I am excited to see what 8th edition will bring