A few years ago I was given this: 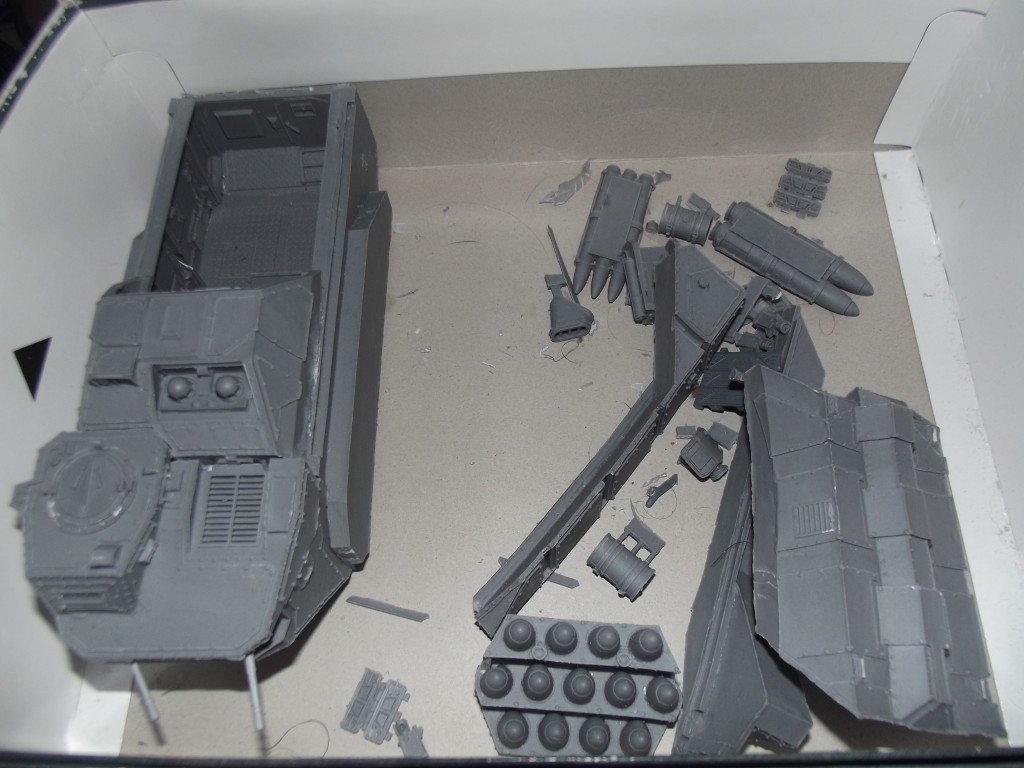 Which is a very poor quality knock off praetor armoured assault missile launcher. It has sat in my pile of projects since then. I have made a little progress having reformed and built the basic hull. But with no tracks and the need to deal with this thing being a very low priority I have left it in a box and ignored it, until now. 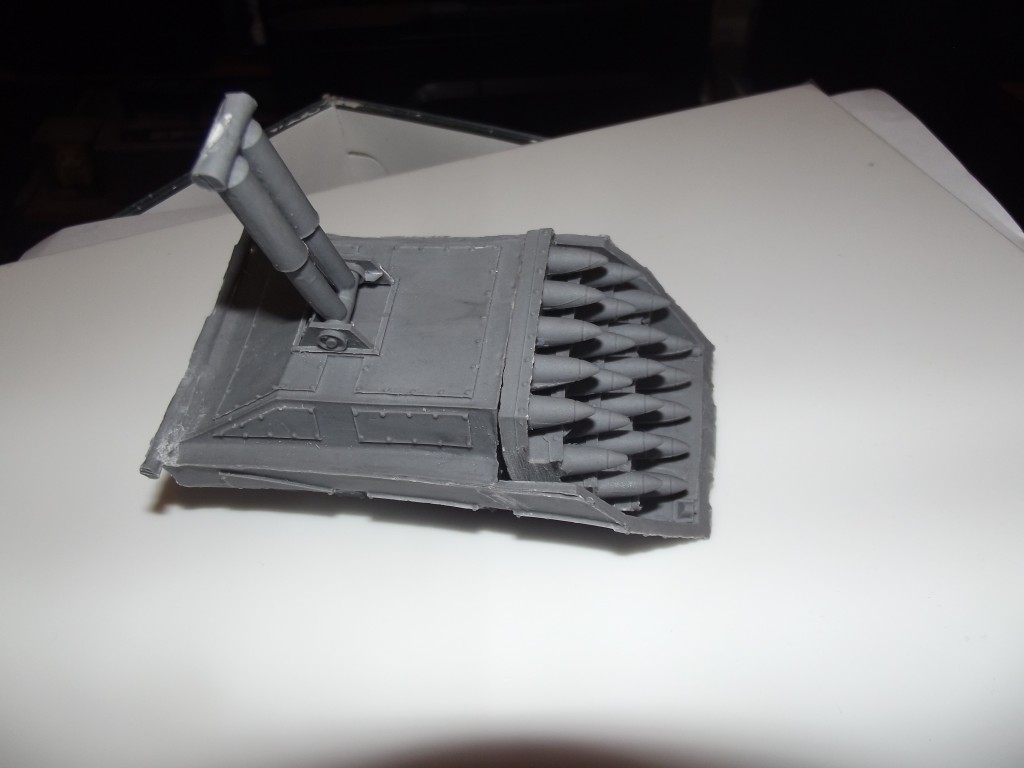 This took an hour of filing cutting and sanding before the missiles would kinda fit into the launcher section.

While making some scenery based around a long dead land raider I had a moment of inspiration and checked to see if my plan would come together. 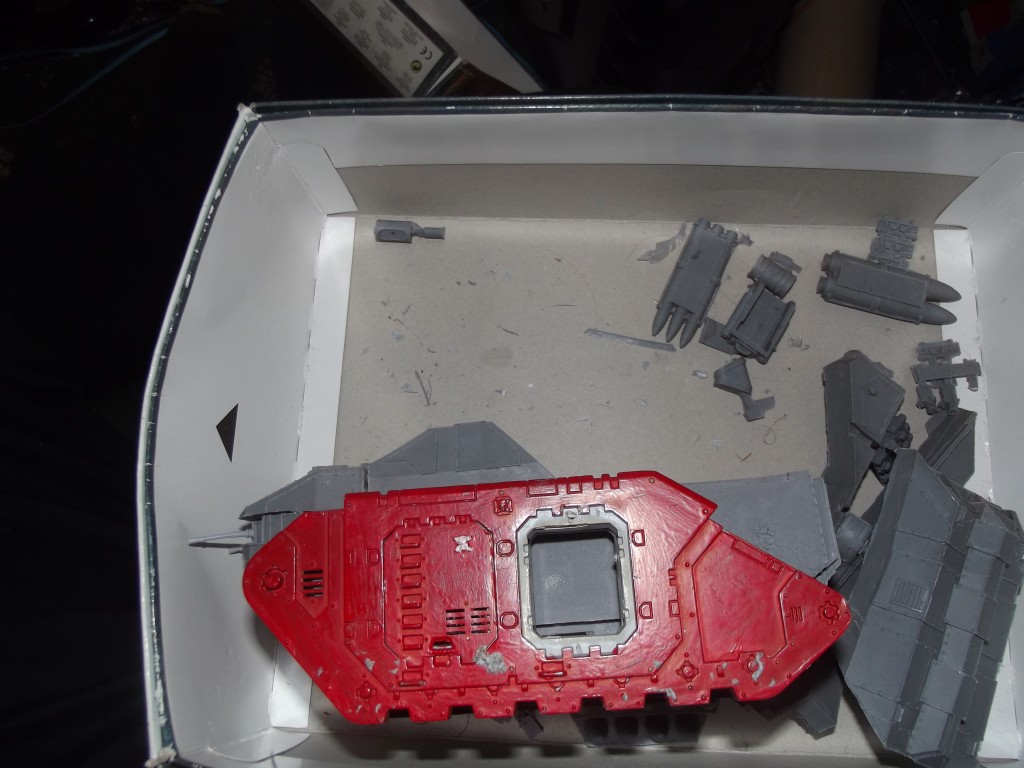 Yay it fits. But these track sections are too far gone (the land raider suffered the wrath of a player who keeps rolling badly. His Personal best is 18 1’s in a row during a single turn. All terminator armour saves… which was followed by a dice massacre.) and so I ventured onto ebay and acquired these: These parts, while damaged, still have all of what I require to get the praetor game ready. I need to trim them down and file the interior flat to get them to fit where I want them to and then I need to repair and land raider track links. (whomever built this LR was not the most careful of builders.) 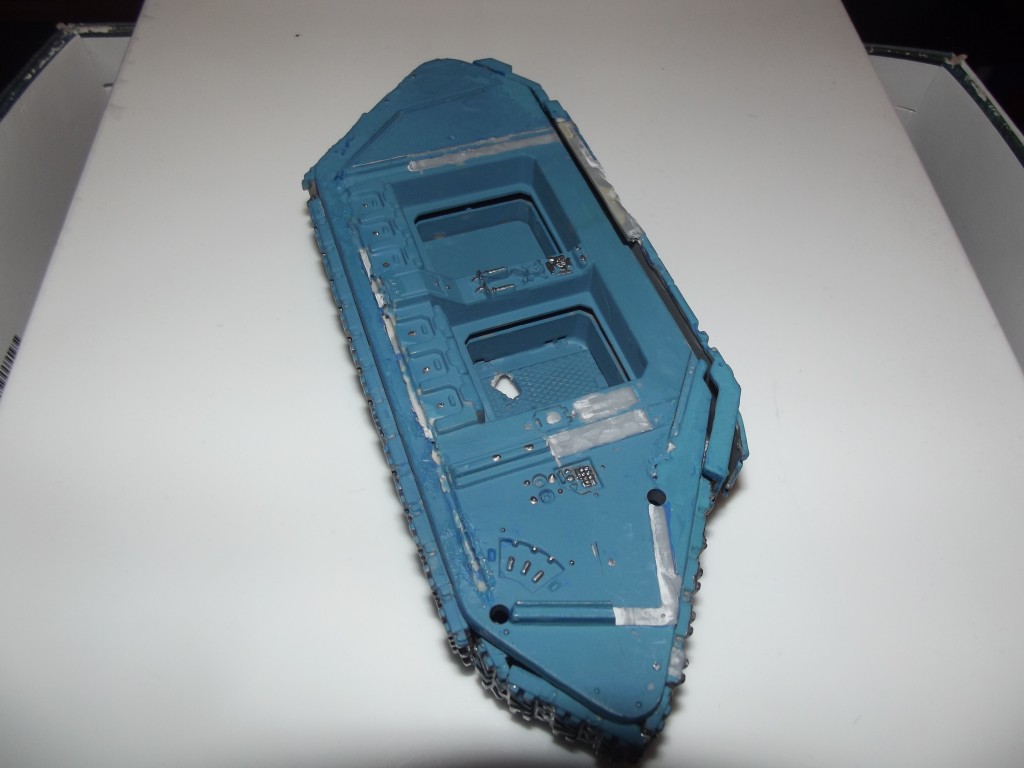 Example showing the required flattening of the track. (You can see some of the damage I need to repair present in this picture.)

I was originally going to make some tracks from plasticard but this plan failed due to the lack of effort I felt this model requires. (that and said track portions would then have had more effort than this whole thing put into them. This way I have the plasticard spare for future projects. ) 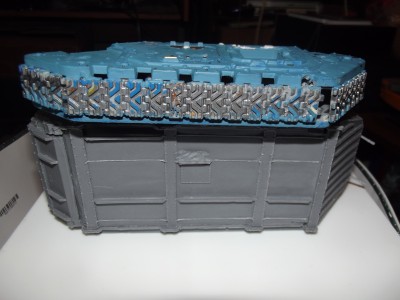 Test fitting the first track into position, the LR armour is used to fill in the gap and still fits below the normal side skirt armour-plate. 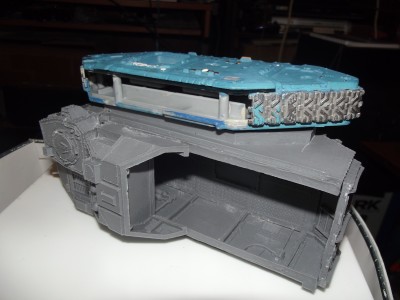 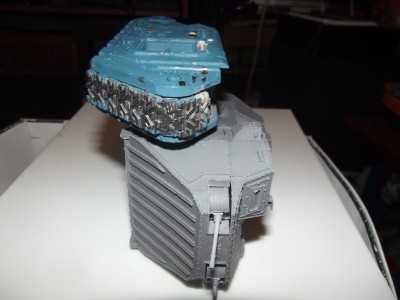 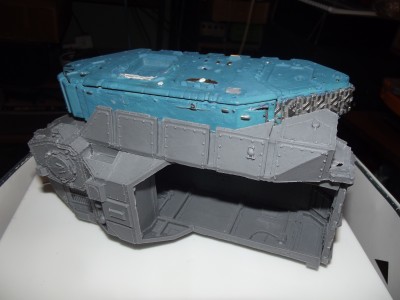 I still have to file and cut the required sections flat on the second LR track section, use green stuff and some spare LR hatches to repair the damage, repair the missing track links and probably find a way to strengthen the resin (the missile launcher mounting rod has already snapped off once) before I proceed with the painting process.

Once I have made further progress I shall update you. I will show some comparison pictures with a 100% FW version. 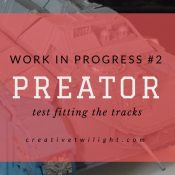 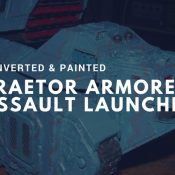 Make Do and Mend Part 3: Praetor Completed and Painted 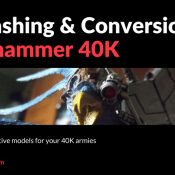 That thing is in damn rough shape!

Clever idea with the Land Raider. Curious to see the end result.

Thanks Thor, but I have quite a hill to climb with this thing.
I came upon the Land raider track idea whilst working on turning the remains of the BA LR into scenery, while also building and painting a Macharius Vulcan. (Which uses the same tracks as the stock praetor model.) Curiously I found a minor size difference between the two different parts (about 3mm, but the shape is largely the same) and my plan of action was set.
So far with the acquisition of the track sections I have spent £7 (not bad when you consider that a Praetor is £120 on FW) and plan to crack on with this project during August. With some plasticard, green stuff and pinning before painting I hope to make it comparable to a FW one once painted. [I can then put it next to a true FW kit and show the differences in more detail.]

I’m all for ambitious projects. My best work tends to fall into that category.

I look forward to seeing how this goes. Rescue projects can make for some of the coolest results.

hey bro, i know this post has 3 years almost , but i was just looking for some 3d printing files and i found this https://www.thingiverse.com/thing:4185780 , maybe it works for u, dunno. Good luck m8

I haven’t seen Caladaris for a while but he did get a notification of this comment. Glad to see someone finding this article years later regardless.

I have been busy and have not got much to blog about TBH. My gaming group and I were halfway through a campaign before our winter break and I’m not sure when we’ll be able to get back to it. I’ll perhaps write up some of the reports into posts now as work has been suspended.

Understandable. Good to see you’re still around though.