I plan to write quite a bit about Team Yankee and before I get deep into the game I figure I should probably give a primer on it for a potential new audience here.

Team Yankee is a 15 mm World War 3 alternate history miniature game.  The game is made by Battlefront and uses a modified streamline version of the Flames of War rules.  Set in 1985, Team Yankee is based on a novel with the same name by Harold Coyle.  That novel was set in the world of a different novel, the Third World War by John Hackett.

The game was released in December, making it fairly new.  To my knowledge Team Yankee is the only major miniature game that is set in a relative modern era.

Each force organization tells you what options you have for building a playable list.  Since they include every legal option you can take, force organizations (shown below on cards) is how I count playable forces.  In July West Germany will come out which would then bring the total force up to 4.  And most likely Britain will be release at the end of the year for a total of 5.  But for now there are 3.

A force has two parts: formation and support.  Formation is the main combat component of the force and it includes the army commander.  A force must include at least 1 formation and each formation has required elements that must be taken.

Support are additional units to help the formation and are completely optional.  The Afgantsy force only has a single formation which makes list building with it straight forward.  On the other hand, the Red Banner and US force both have two different formations to choose from.

Which formation you choose will change the characteristic and style of your force.  While you can play with more than one formation (force organization charts will tell you how many of each you can choose) most players currently only use a single formation.  This is why some players count each formations (which is currently at 5) as a different playable force.

Besides the Force Cards (which is just the force organization charts in a card format),  Team Yankee has incorporated other cards into its system and it works really well.  The rules are designs so every bit of information you need while playing is on the front of the corresponding unit card.  The unit’s stats, weapons and special rules are all easy to find on the face of the cards.  The back of the cards has the information need for list building as well a short description of the special rules that are listed on the front.

If you are interested in learning more about Team Yankee then you can check out Battlefront’s official page at http://www.team-yankee.com/  or my podcast partner’s YouTube channel at www.youtube.com/c/tracygeorgevideos. On my podcast we go into various discussion related to Team Yankee and you can listen to it here http://neaceul.podbean.com/ .

If you have any questions about Team Yankee, ask in the comments below and I will try to address them.  You can find me at my blog http://chaosmagicwizards.blogspot.com/.

Next time I will go into more intricate aspects of Team Yankee and show off the US and maybe West Germany models.  Until then!

Welcome to the team!

I know nothing of this game, or Flames of War, but I’m looking forward to see what you write. That’s a good looking army too.

This looks great – as soon as the European Theatre is added, I’m in!

We’ve been talking about starting some form of Cold War gaming in the club and TY is one of the alternatives we are looking into. We won’t use the official miniatures if we do start it but instead running it in 6 or 3mm which should work well with a few minor changes. I haven’t read that much about it yet but you make it sound quite interesting :) 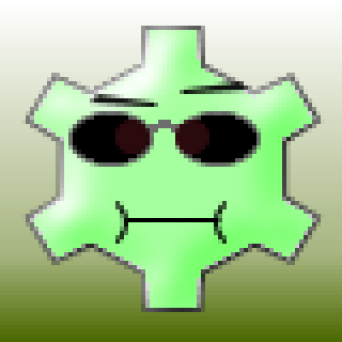