Skip to content
HomeGamingWhat have I been up to…

Life has been very hectic and along with some certification courses, my military service has kept me very busy. Finding some time, I contacted a long time opponent and we both “literally” blew dust off our armies.

Being rusty, we decided to use the Open War card. If you have not used these cards, you should try them. They add random elements that, at least in our game, can lead to some funny moments.

We drew Acid Rain, which on a 4+ it either rains or does not rain. The rain gave a penalty of (-1) to all ranged hit attacks. For two armies that would rely heavily on shooting, this lead to allot of missed attacks and slowed the Aeldaria force.

Sadly we were unable to make many pictures, and excuse the ‘old-school’ table with makeshift terrain.

Retributer Superior Margerette calls for aid to help her rescue an injured ultramarine who have located a stash of soul gems. Finishing the prayers for safety and side she her sisters approached the last location of the fallen marine.

Fortunately, Chaplain Sullivan on a recon mission accompanied with his two battle brothers heard the
Sister’s call for aid and rushed to lend aid. The engines of the cycles roaring, and belching smokes announcing their presence.

Little do they know the Aeldari are looming near….

Dancing through the skies, Exarch Galadeer and Dentyra lead their Swooping Hawks in a formation as he closed on the location of gems of the fallen Aeldaria. Farseer Arahman’s cryptic words still playing gin his head “In the darkness your star will falter” A bright flash ripped through the skies and Galadeer wings trembled as his father Baharroth appeared folding his wings he barreled toward the Aeldaria

not-Galadeer blinked as Exarch Dentyra leaned over the ruined figure at her feet. The crumpled forms spirit stones were dark, no souls stirred in the armour. Not-Galadeer preened his neck as he floated to get a closer look. Looking at the body Baharooth, shrugged in an almost human gesture, ”Ensure the armor is returned home to rest, my child,” he spoke as he as the hole in the armour sealed. Spreading his wings, he launched himself into the air, clutching the body Sergeant Andros as he disappeared.

Gesturing to her the remaining hawks to gather the amour of Galadeer, Dentyra clutched the spirit stones and extended her wings

I was a fun game and felt good to roll some dice again. Both lists were horrible unmatched and the Aeldari pulled off a minor victory.  We both had laughs as we had to hunt for rules and forgot what our units stats, weapons and abilities were.  Our urge to game has been rekindled and we look forward to other games.

Have you done much gaming in 8th, having been busy and all?

Barely, I have watched more games then played. But with summer approaching I will be making more time as well and finishing some terrain and army projects.

Nice! That thrill of getting back into something you’ve been away from is great. The Open War cards are, too. I pretty much always play either those or Maelstrom on the occasions when I manage to play 40K these days.

Those cards are awesome. The random element adds allot of realism to the game, imo. Nothing like deploying on a op and everything that was planned needs to change due to weather, supplies, or change in objective. I have not tried the new Maelstrom yet, but loved the old. I find the normal missions to be boring. I think I feel a new article coming on.

I like Sisters of Battle. Very unique. It was a close game but that damn acid rain and bad rolls….lol

I always have a hard time remembering my units stats, no matter what the game. Fortunately my opponents and I have a “let’s-rule-on-something-reasonable-rather-then-spend-fifteen-minutes-searching” attitude towards gaming. 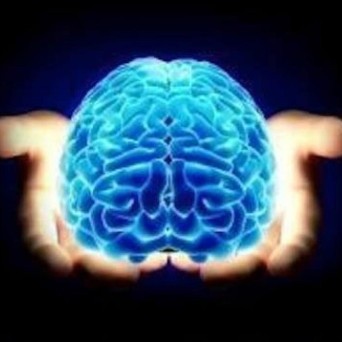