Skip to content
HomeNews & Community2015: The Year in Review

It’s always interesting to take a look back on the year to see what you’ve accomplished, what you didn’t, and plan out the coming year. Where to start. Oh, how about the not so great area, gaming.

The year 2015 was my worst year in terms of win/loss ratio in a very, very long time. I started off the year well with Chaos Space Marines, and then jumped on to Khorne Daemonkin on release, and did well with them. Some time shortly after KDK came out I began getting destroyed at nearly every game. It really didn’t improve from there, and I have spent the last seven months taking one beating after another. However, not to sound cliché, but I did learn a lot during that major downward spiral. I’ve since made a lot of changes to how I approach list building, and so far it seems to be working out. I’ll see what this year brings in terms of gaming but it really can’t be much worse.

In 2015 we produced 150 articles, which is down from 270 last year. That’s a pretty significant drop of 45% less this past year from the previous. That’s life though, and I had a lot going on this year personally, Kamui has a lot going on, Falconer all but disappeared, and I wasn’t able to recruit many more authors as I had hoped. However, despite having produced nearly half the articles, traffic was up 10%. It’s not a major increase, but considering we had a lot less content, I’m more than happy with that. The blog continues to grow slow and steady, and I’m appreciative to all the readers for that.

On the comment front, we received 1,903 comments compared to 1,743 the previous year, so a 9% increase. Again, not another significant increase, but considering less articles had been posted, that’s pretty awesome. That also means that each article received on average 12 comments. So, comparing that to the prior year where each article got an average of 6, that’s huge. That’s a 100% increase in comments per-article! You guys and gals are awesome.

I wanted to showcase some of our most popular articles for 2015. 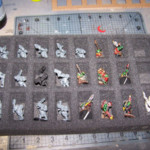 Tutorial: Making Your Own Foam Trays for Miniatures – I wrote this article 5 years ago, and it was the most viewed article this past year, as well as remaining the most popular article on this blog since I created it. This was the first tutorial I ever did, and I’m very proud to see it continues to get a lot of readers. This article managed to get 5,131 views in 2015. 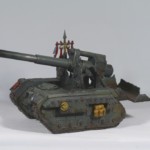 Scratch Building Tanks Tutorial #1 – Gathering Supplies – Kamui struck gold when he did this amazing series on how he scratch builds tanks for his Rebel Grots army. There are 10 articles in the series, but of course his first article that started it off is the most popular. It’s the third most popular article here for 2015. I skipped #2 because it’s an article that has no value, and it just gets traffic because it ranks well in a niche keyword area. Anyway, this article got 2,100 views!

New Eldar Harlequin Rules JDK – Next up is an article by JD Brink. After the release of the Harlequin codex, JD took to creating his own rules for them, to shape them into what he felt was how they should be. The article continues to drive traffic and topped out at 1,950 views last year.

Warhammer 40K 7th Edition Quiz – There’s one of the quizzes in particular that got the most traffic (ranking next in line here), but as a whole the series has done very well, and all of them rank in the top for views. I can’t easily dig up the total number of views for all in the series, but I would guesstimate it to be around 8,000, all articles combined.

Anyway, I do these quizzes with each new edition of the game. I love doing them because it helps me learn the new rules, as well as being one of the unique features here on the blog that nobody else is doing – that I’ve seen anyway. 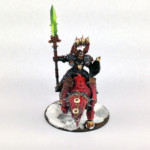 I know I didn’t paint nearly as much stuff in 2015 that I wanted to. I still painted a fair amount, but life definitely slowed down work. However, I did produce my best painted model to date last year, my Herald of Khorne on Juggernaut. That thing nearly killed me, but I’m very proud of how it came out. Most of my other hobby work was finishing off half-done projects. That’s pretty well how 2016 is going to start off as well.

A bit of a mixed bag this year all around between gaming, the blog and hobby work. The blog has done well, and I’m very proud to see it grow. I have dreams of seeing Creative Twilight really take off and becoming a 40K household name, but I’ve had that dream since 2009 when it all began. I haven’t given up, it’s why I’m still here, and maybe this year is the year it happens…

Speaking of, I’m really going to make an effort this year to recruit more authors. I love 40K, writing battle reports for you all, and showing off my painting, but there’s a much larger wargaming world out there. I would love to capture more readers by expanding what we do here, and that means finding more authors to contribute.

I would love to find some time to get more tutorials up. We did manage to get six of them up last year, a record for us, but I know we can create more. For me that means being less self-conscious of my painting, and understand that I can offer something. I don’t feel like I’m anywhere near the quality painter of many out there, however I can certainly help guide newer painters, and maybe offer a tip or two to veteran painters.

As far as gaming goes, I’m going to take it back to basics with my Chaos Space Marines, and try to turn around this horrible losing streak I’m on. I’m feeling good about my recent list ideas. Now it’s a matter of practice and perseverance.

Death to the false Emperor!

Here is to another good year for you!

The over all quality of the articles nore than made up for the loss of quantity. Very few, if any, has felt a blog filler article. Over a whole year, that’s impressive.

Keep it up. And remember there is no such thing as losing with Chaos Space Marines – you either win or play by the fluff.

Thanks. I will admit I used to do a lot of filler articles in past years. I felt compelled to put a new article up every two days, for better or worse. I decided this year to aim for quality, and to post only when there was something worth saying. It does appear that approach has proven far more beneficial. It’s not surprising, but always nice to be proven correct.

I think the upgrade to quality over quantity on the articles is a vast improvement. I’m sorry to hear you had such a mid year slump. That can be very discouraging to be sure. Glad your stepping out of it by the sounds of it. I hope that in the coming year we have a chance to actually play a game against each other, looking back I don’t think we ever have had a game together.

Now you mention it, we haven’t played yet. One of these Wednesdays you and Warren will have to head down for some 40K.