I’m revising this article to update it with better pictures (relatively speaking), and to include shots of the Hamadrya, which I didn’t have when I first made my counts-as Huron, who I’ve named Psykill.

Oh, I also updated the snow basing on Psykill to my most current snow method. He needed to not only match his Hamadrya but also the army.

Bear in mind, I painted this model in 2014. So, it’s not to the same standard I paint to now. I still like the model though! 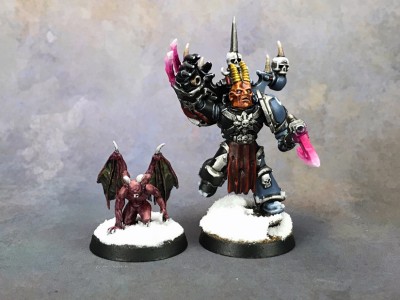 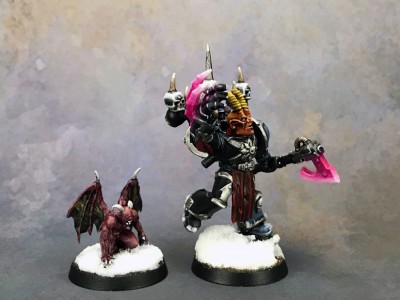 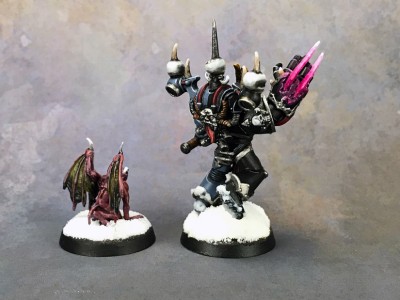 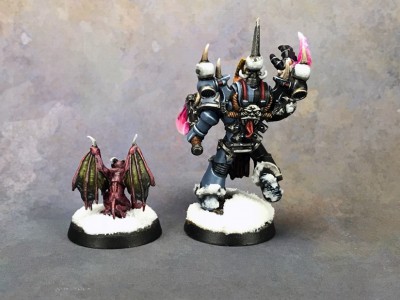 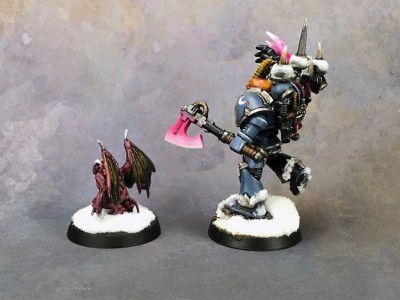 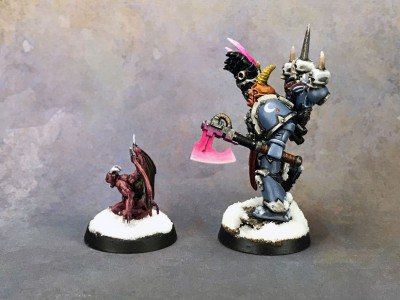 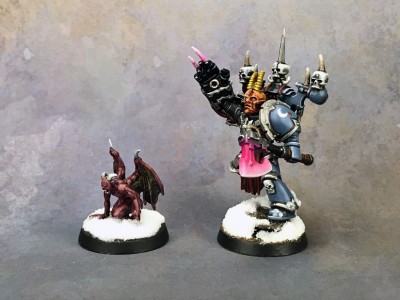 It’s nice to have this model done and to see all the work come together. For those who weren’t tracking the progress, he’s a mix of assorted Chaos Space Marine kits and some subtle sculpting work.

I had some moments with this model. The power axe blending took way longer than I had planned and a few times I thought I was going to have to strip it and start over. The skin tones on the head were a mistake, as mentioned previously, but one I think that worked out well. The backpack took a few tries as well. I did the skulls, loved the look of them but they blended in too much with his face. I then had to redo those and the spikes but I’m glad I did.

Something I had not realized was that in the 8th Chaos codex that the Hamadrya, Huron Blackheart’s psychic daemonic doggie, is an actual model now. Previously it was just wargear, but now the model has stats and needs to be represented. So, I needed to get myself a Hamadrya. 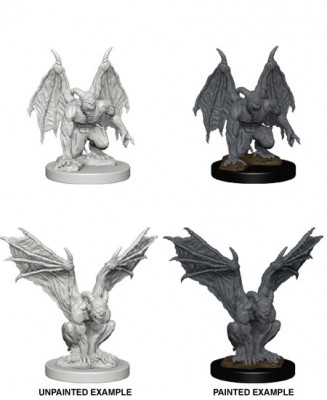 My Huron is a counts-as I call Psykill. Therefore, I didn’t need to get the actual model for the Hamadrya, or even a close representation of it. I opted to pick up some gargoyle D&D figures from Wizkids. I paid $4 for the pack of 2 gargoyles.

Now, I didn’t have any high expectations of these gargoyles – not for $4. They come pre-primed, which I thought was cool, until I opened the pack and saw mold lines on there. So, I had to remove mold lines and then reprime it. Bleh, so much for saving time.

If you’re thinking what I was, that the model looks better in that render, then you would be correct. The quality of the plastic is not great. The details are lost in the casting, and the surface isn’t really smooth. It made painting this a chore. So, I went with simple.

Basically, I base coated the model, gave it a few washes, a few glazes, and called it a day. I was really hoping to do more with it, but it just wasn’t happening. Oh well.

At the end of the day I spent $4 for two gargoyles, did a quick paint job on one, and I got what I needed out of it.

Oh, the painting handle was perfect for painting this thing. The gargoyle is so small that I’d have had nothing to hold on to while working on it.

I use this model occasionally to represent a normal Chaos Lord. So, I got some updated shots to show him when he’s not being used as Huron. This is a old 7th edition setup he was using at the time. 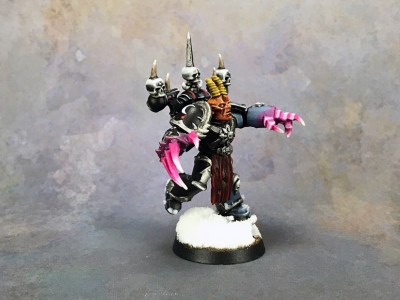 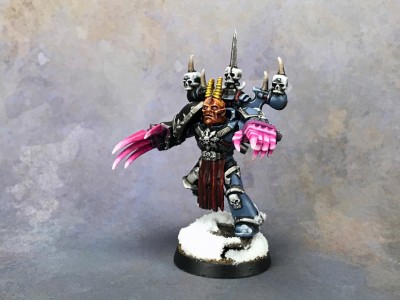 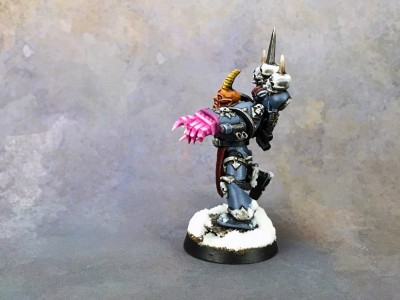 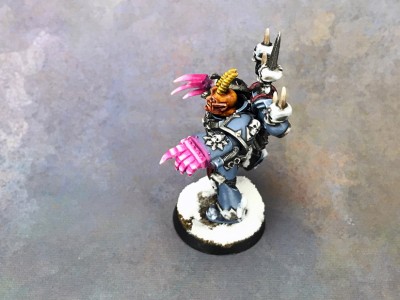 The power fist technique is something new I decided to try. In the past I’ve just painted the entire fist that glowing pink and it’s looks OK, but not great.

Seeing as this is a Chaos Lord, I figured I’d put some more effort into it and come up with something better. It’s not perfect but I do like how the fist came out. I borrowed largely from Ron’s technique for my process.

There is also some subtle OSL on there that came out pretty decent overall.

What’s in a Name?

Sometimes I will use a game as inspiration to name a model, if I haven’t come up with something already, and that’s the case here.

I was playing a game against Eldar (7th edition) and getting my ass handed to me; there was no way I could win. My Chaos Marines were fighting a Seer Council with a Farseer, and my Aspiring Champion was in a challenge with the Farseer. The Farseer had the shard, an instant death item, thus the Aspiring Champion issuing the challenge.

Once I realized all was lost I did a heroic intervention with my Chaos Lord, who was unwounded and with everything to lose, and smashed the Farseer in the challenge. Thus the name Psykill was created because I’m a bit lame and like the play on words ;) 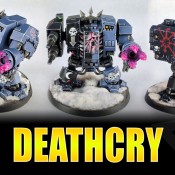 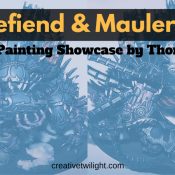 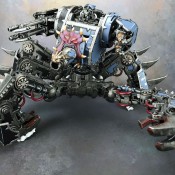 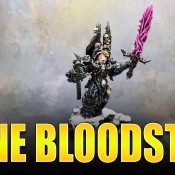