It was a busy weekend and I didn’t manage to make much progress on the Rebel Grots.  I added power cells and did some clean up on the lascannons.  I also prepped the lascannon crew for painting.  Nothing worth taking pictures of.  So, instead of a status update on those I decided to post some new pictures of my battlewagon. 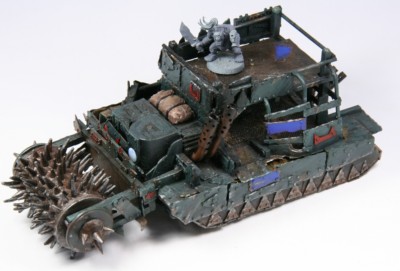 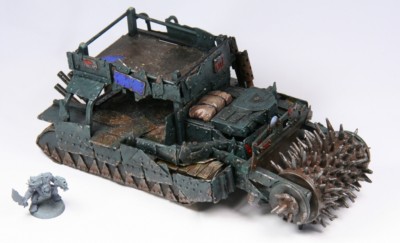 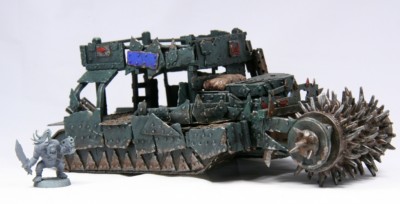 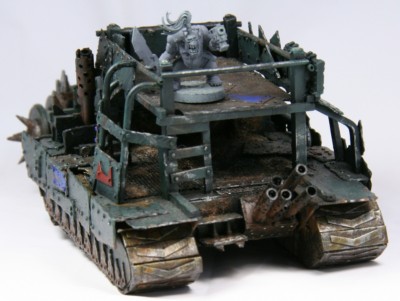 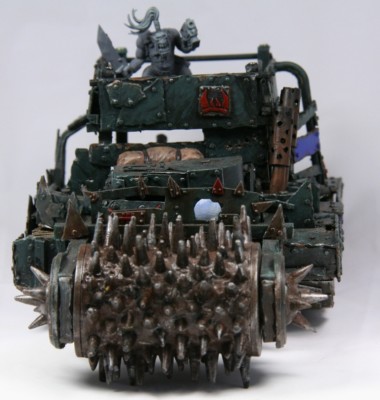 This guy is mostly built from heavy card stock, styrene card/tubes, and random bits.  Without the deffrolla, which is magnetized, the battlewagon has the same footprint as a land raider.

Just for fun, here’s a picture of the light tent I built from a shower curtain: 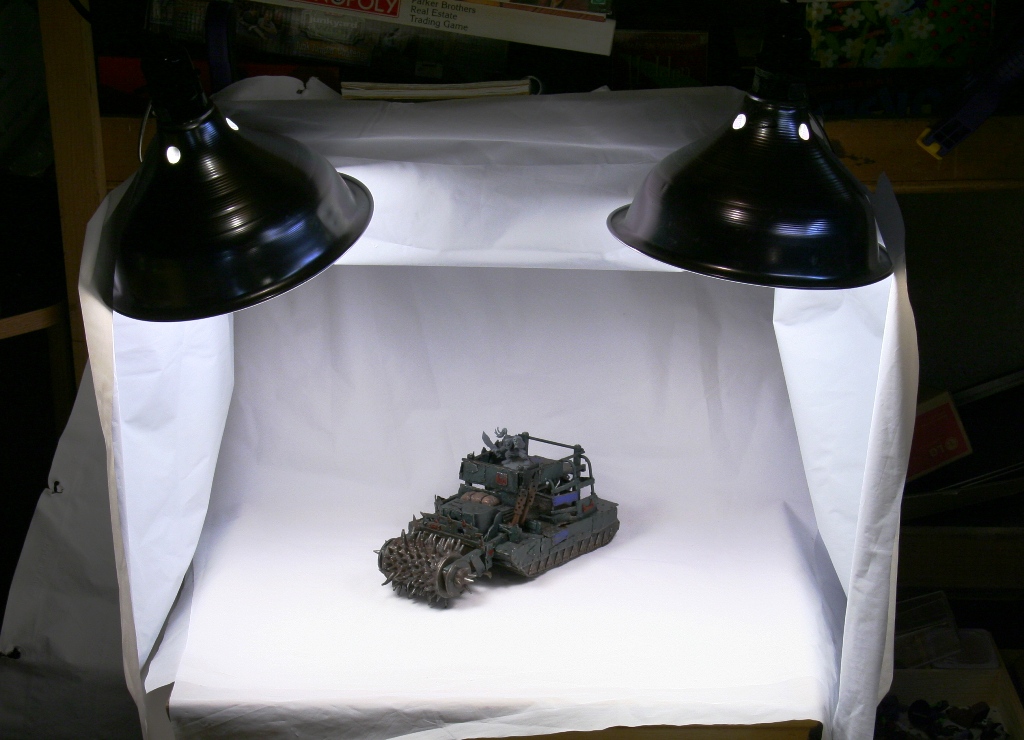 It’s nothing fancy but it does the trick, and it’s out of the way so I can just throw in some models and grab some pics in a hurry.

This week I am hoping to finish up the two heavy weapon teams.  After that I’ll start green stuff work on the second infantry squad grunts. 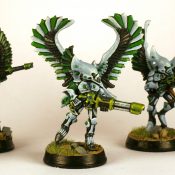 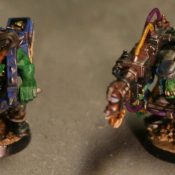 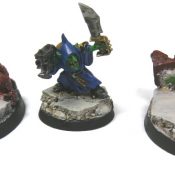 That light box and the new camera make a big difference. Looks great. Reminds me, I need to build a bigger light box. Too many projects…

Thanks. I am much happier with the pictures I’m getting since upgrading the camera. I still have some fine tuning to do but I feel good about my progress.

That’s a good looking piece. Is it entirely scratch built? Is that a hair-roller I see on the front of it?

Thanks. The roller and side spikes are from a Mage Knight steam tank, and the armor directly behind is a piece of the GW Trukk kit. The bottom step on the back and one of the armor plates on the left side of the upper deck are also from the Trukk kit, and the stowage is from a 35mm military accessory kit. The rest of it is scratch built.

I do have an old hair roller I’ve been hanging on to for when I build a second battlewagon though.

That is super-sweet! awesome construction! that’s something i like about orks — since they salvage and cobble stuff together you can do anything. and you have done more than anything, you really made it look orky! great job.

Thanks! This thing took me a couple of months to build and paint but it was a lot of fun. It’s one of my older pieces and I learned a lot from it. As I expand my Grot Infantry (IG) allies I’m looking forward to the opportunity to build some more tanks!