It has been a long process from start to finish, but I have finally painted my first scratch built Leman Russ.  Well, I’ve painted everything but the hull and sponson weapons.  The first picture in this series was taken without the flash.  The preview on the camera looked too dark so I used the flash for the rest of the pictures but when I put them on my computer I saw that the one without flash was my favorite.  I’ll have to keep that in mind next time… 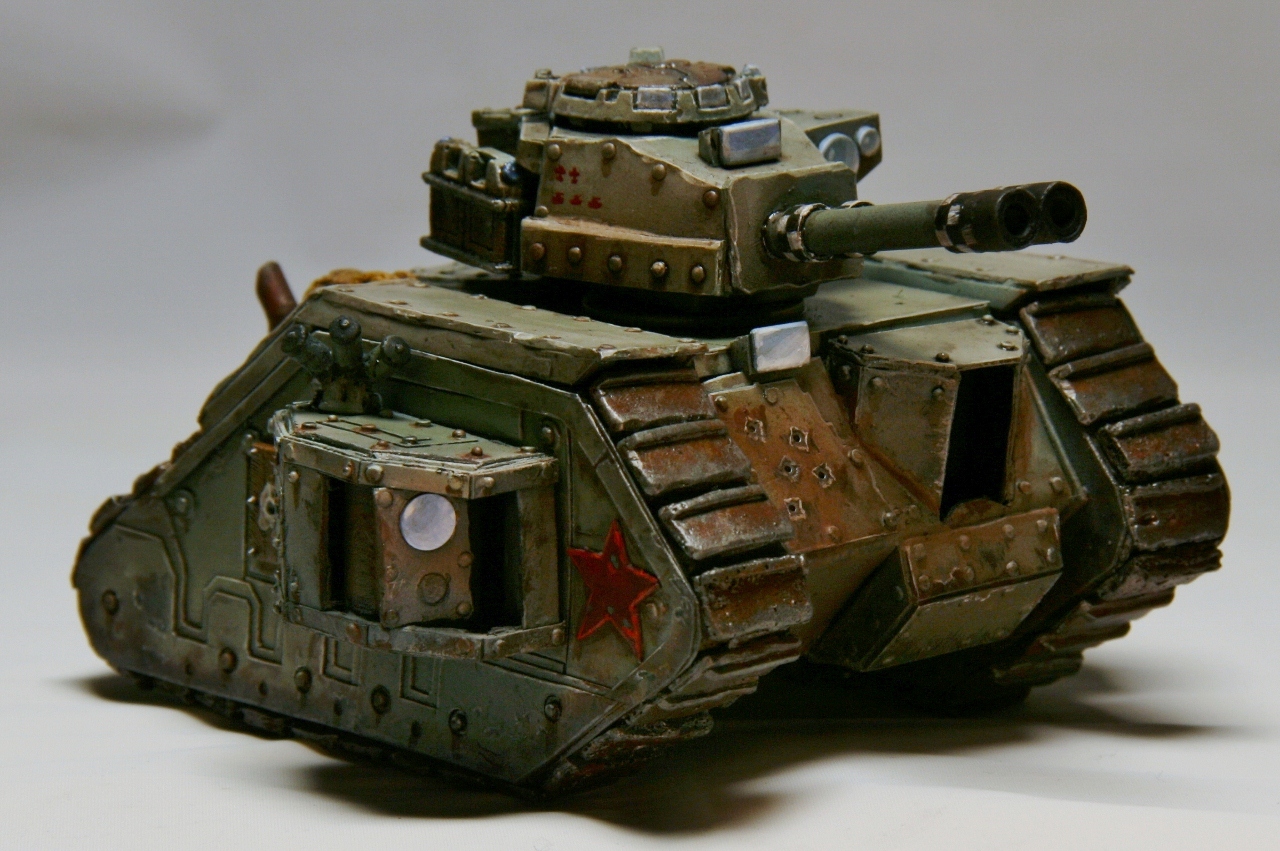 As I said, the first picture was taken without flash.  The colors on this one are much more true than the following pictures which were taken with the flash on.

That’s what I have for now.  For this week I will finish the weapons then move on to the second russ.  Thanks for looking!

Amazing job! I like the darker tones and the weathering is well done without being too much, which I find is a harder balance than most realize. You really would never know this was scratch-built, which is awesome.

Thanks! It is easy to go overboard on weathering and I’m always a bit worried about going too far. I want it to look well used but not like it’s about to fall apart! I’m quite happy with how it came out though. Now, on to the next one!

I would have never thought this was a scratch built tank either. It’s really well done, and has a ton of character. The effect of those blue sensors/lights is very interesting…makes the tank seem really calm.

“I’m here to pacify you Dave. What are you doing Dave? Stop rolling for your armor saves Dave”

Thanks! It took me a lot of time to build and paint but it was worth it in the end. I used the same lens color for my basilisk but there weren’t nearly as many of them so the effect wasn’t quite as dramatic. It does add an interesting contrast to the other colors.

I laughed out loud at the HAL reference!

This turned out fantastic!

Thanks! There’s always a little extra pride with a conversion or scratch build and I’m glad I took the extra time to build it.