I added some green dots for his eye lenses and then proceeded to wash the main model with agrax earthshade and then the base with red ink. After then doing a final pass to make sure everything was fine and to make final minor adjustments to the scheme I called him done.

I did not glue him to his base though as I could foresee something snapping if I tried to glue him down as he touches the base at four points with only the tips of his scorpion legs. By not gluing him in place (he sits fine on his base) then there is no danger of someone grabbing him by say the tail and snapping something as they try to lift both him and the base in one go. 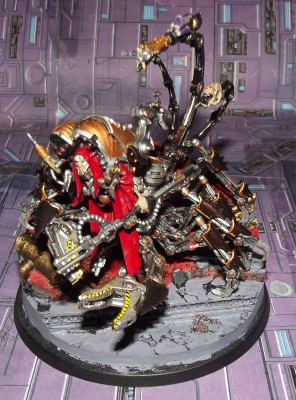 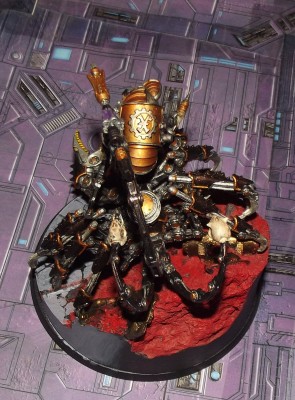 The red ink really brought out the colour on the base.

With the magos Scoria having been completed, I found an undercoated Deredeo in one of my project boxes (while looking for a terminator thunder hammer) so I grabbed my Dark Angels paints and gave them a shake.

It’s a simpler scheme but he is a gaming piece more than a display model. He is now set to accompany my Dark Angels hellblasters in to battle and give my opponents a headache over which is the greater threat. 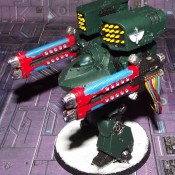 I love the smell of plasma in the morning. 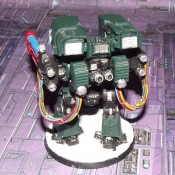 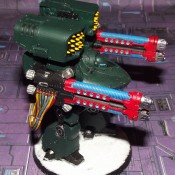 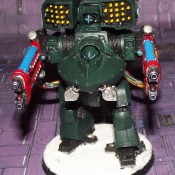 And now for a collected image of every model I managed to get painted up for Dreadtober. 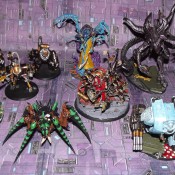 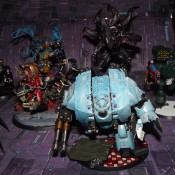 The fade leviathan dreadnought is probably my highlight from this batch. 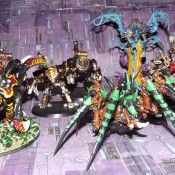 With Scoria and Old One Eye being my next couple of favourites.

As a final pace to this years Dreadtober I thought I’d dig out the model I did last year and do a comparison shot next to my favourite model from this years batch. (Which also gives me a reference point as to my level of painting and how I have fared over the intervening year.) 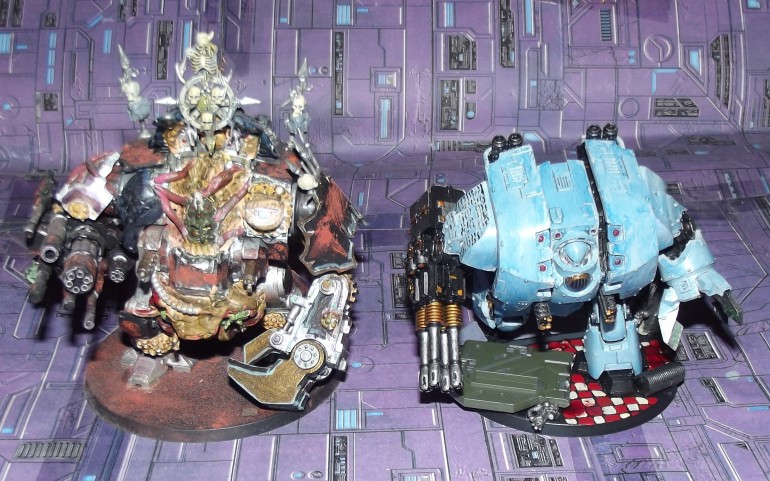 Customised Death Guard leviathan next to the fade leviathan.

Dreadtober has been great for giving my hobby time a boost. I still have 300+ models in my to do pile but thanks to dreadtober most of the larger models have now been done. (There is one dreadnought left but I have something very special planned for him & the parts didn’t arrive in time.) 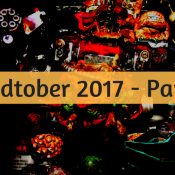 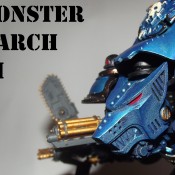 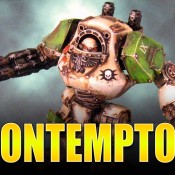 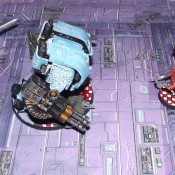 Excellent work and glad to see you kept up the motivation. 10 Models painted? Damn impressive actually.

I do feel that Magos’ base needs a wash though, give it a bit of depth, but still a great job.

Thanks Thor.
(I painted 12 models total in October but the other two {blood angel captain with jump pack and thunder hammer and a void jackal} were small models so I did not include them as part of dreadtober)

The variation in the models colour palettes helped massively when it came to pushing to paint them. (From the organic focus of the tyranids to the mechanical metal scheme of the mechanicum and everything in between.)

I may have to give Scoria’s base a second look after I next restock my stash of paints then. (I think maybe some black ink over the stone colour will work well enough but I need to experiment.)