My Chaos Marines faced Kenny’s Necrons last week as we were preparing for the big local 40K tournament on Saturday.

I’ve done this style report twice before with Kenny’s Necrons, so you may recognize them from the first time I did a report like this, and then the following one.

Anyway, two fully painted armies make for a cool comic report, so here we are :)

I have also put together a PDF version of the comic for those who would prefer to download it. 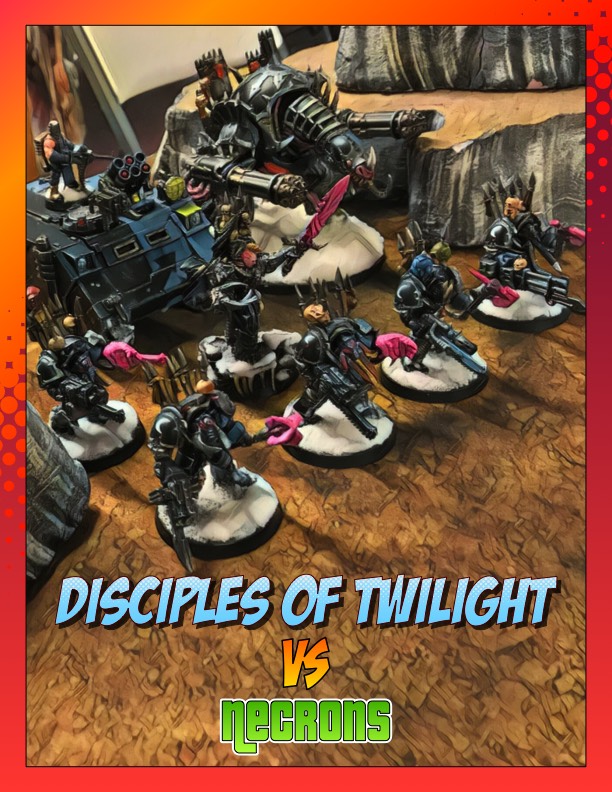 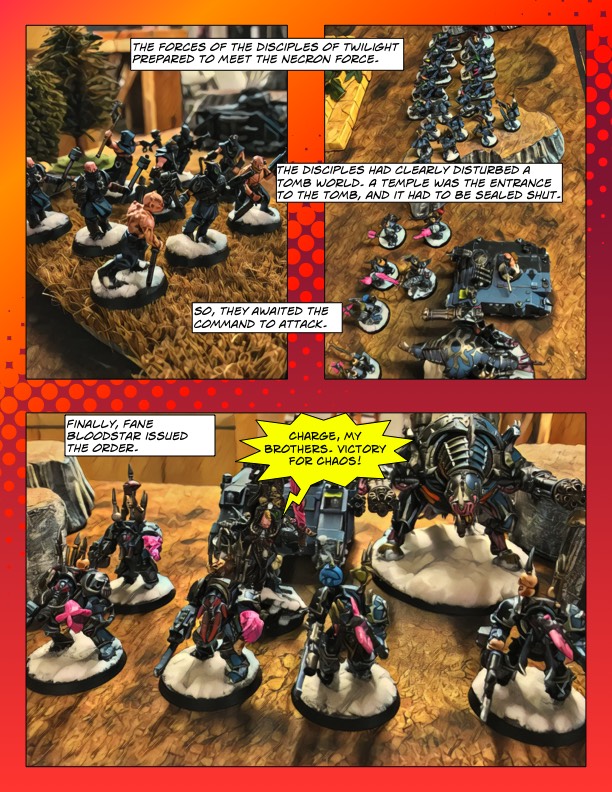 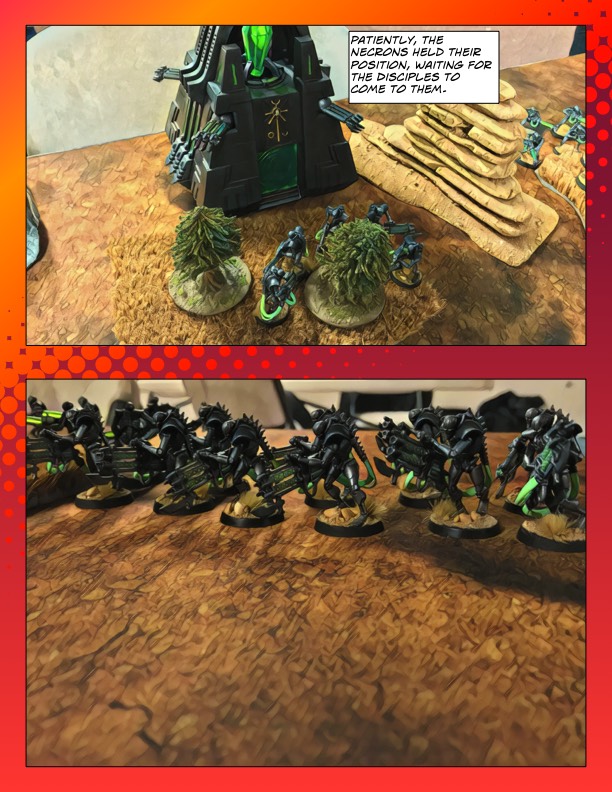 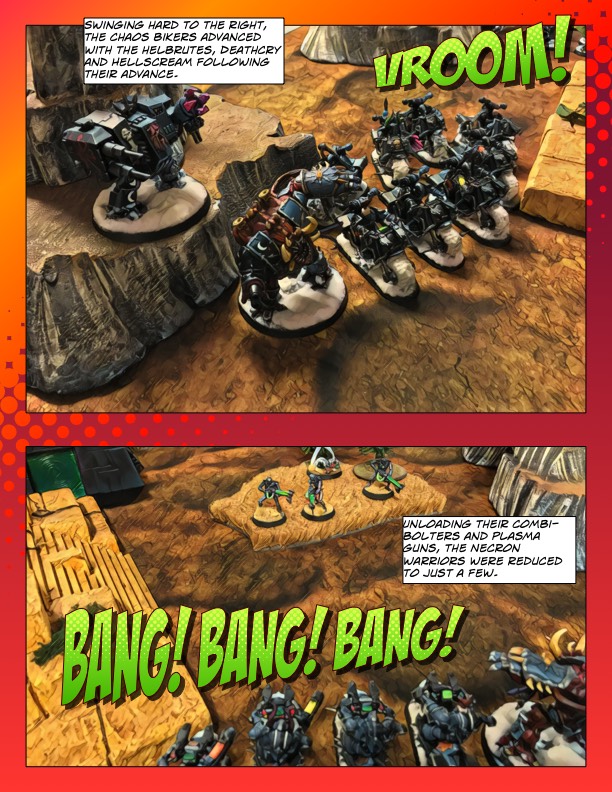 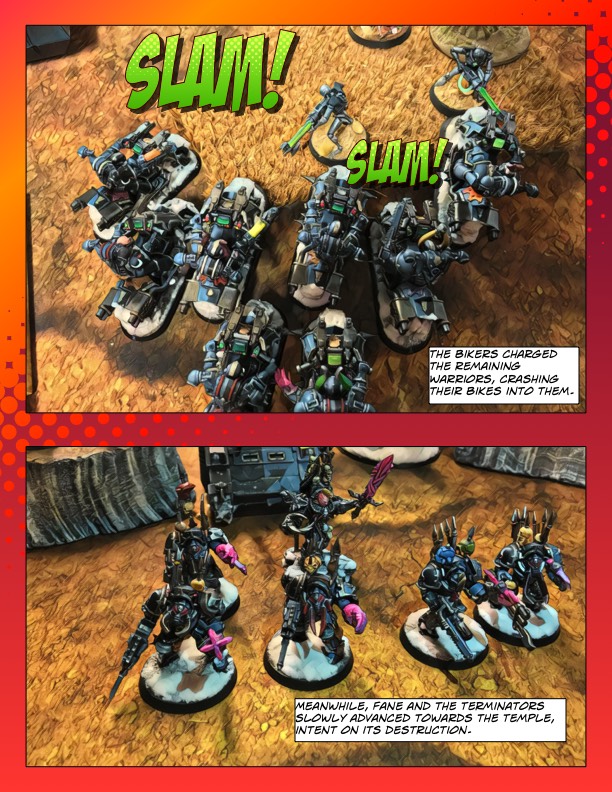 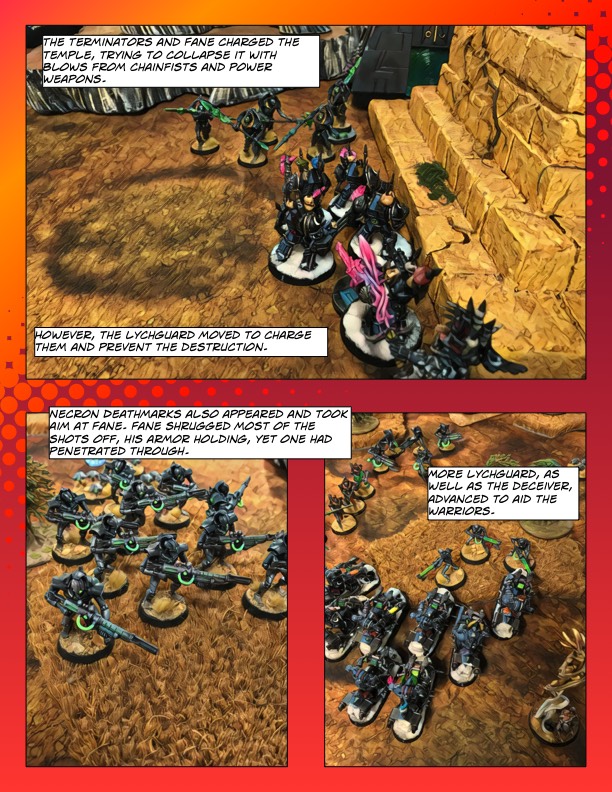 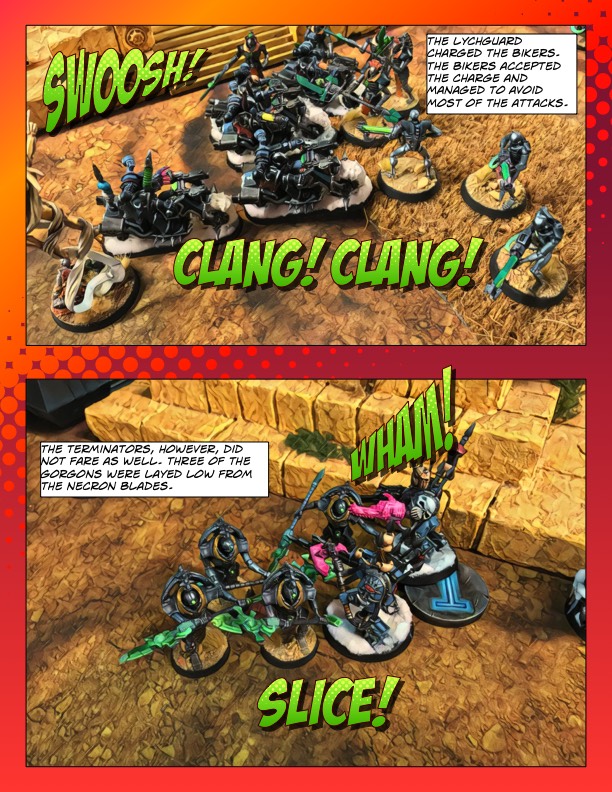 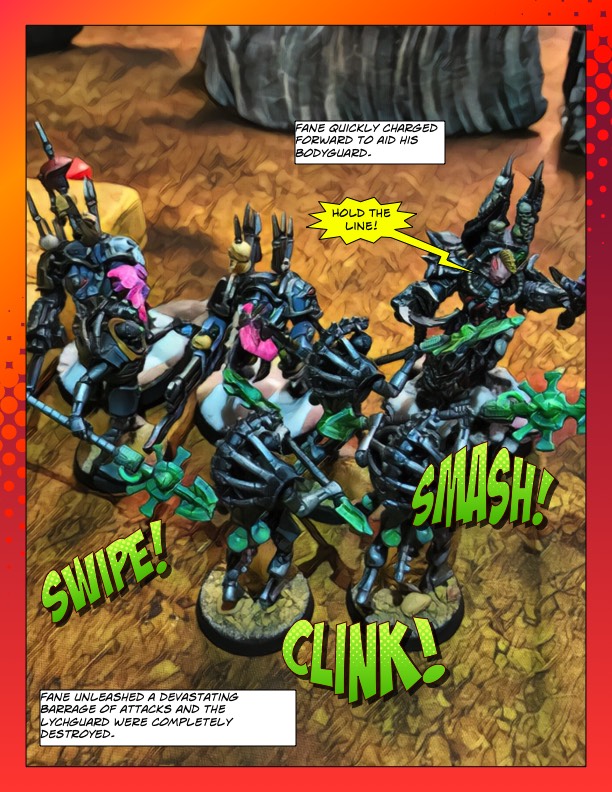 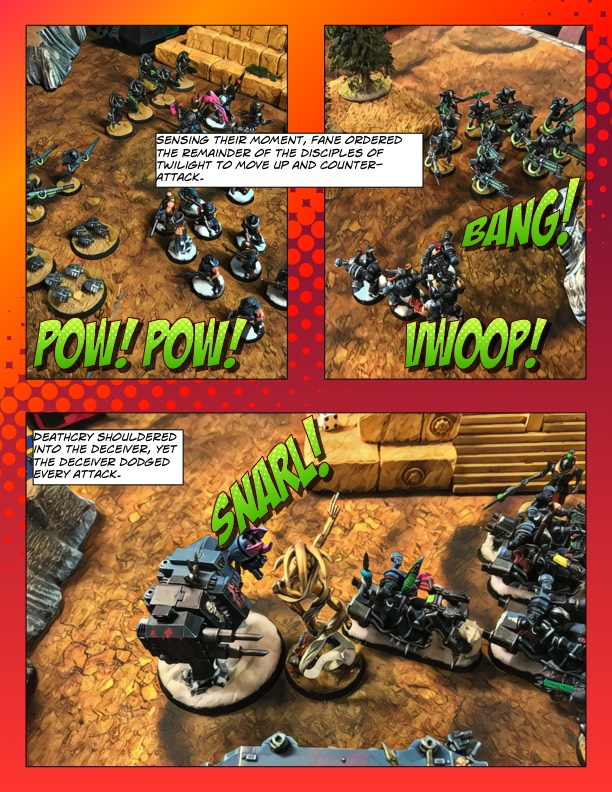 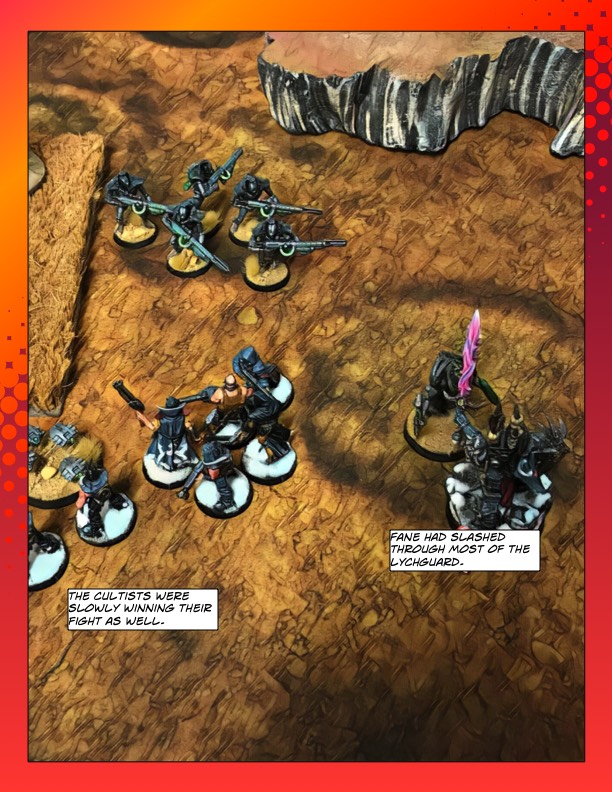 It was a close game that Kenny ran away with in the end. Long story short, the primary objective is to put wounds on a central objective (the temple). I pulled a strong early lead with that, but I continued losing units and in turn firepower. Kenny passed me on that and took the lead the last few turns.

I lost my counts-as Abaddon to Deathmarks, but even if he lived I don’t feel the outcome would have changed any.

Speaking of, you’ll have noticed I named him Fane Bloodstar – cool or lame?

Until this comic, I had used the first version of the software Comic Life to make the reports. I had to upgrade my Mac’s OS a few weeks ago, and in turn the software wouldn’t run. Fortunately, the company who makes the software has a free 30 day trial for the latest version, which I’m using. So, I have to make a decision shortly on whether or not to buy the new version.

The reason I mention it is to see what you all think of this comic. Granted, it’s not a significant change from the previous ones, but there are some differences. Then again, if I don’t buy the software then I won’t be able to make more of these, so I guess it’s not that hard of a decision seeing as I enjoy doing these. 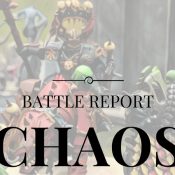 That was wonderfully written and presented. I am a big fan of that, well played good sir. Personally I do like these format of reports you do and would like to see more.

One small thing losing the red background around the images would, IMO, improve the comic book look.

I did the background to separate them from the site’s white background. Otherwise it kind of looks like panels floating in the site instead of a page. I’ll probably stick with some sort of background, but I can try something less busy and more subtle.

Whoa another comic report!! Man, Fane (name and miniature) fits perfectly in your army, you ought be proud. Shame on those heartless Necrons, some beatiful miniatures shoud not be removed from the table! This could be a cool rule, isn’t it lol?

I wish it were a rule. Same thing for models you just got painted, they can’t be removed :)

Fun read! I’m always happy when I see one of these in my feed. Never fail to entertain.

Good to hear. These take a while to put together, so it’s nice to know they’re enjoyed.

That was great! Wonderful little report, and nice use of Prisma and the cool stuff it does to minis ;D Pretty sure I’ve read your first comic report, going to check out the ones in between this one and those!