How to Sculpt Chains Easily in 2 Simple Steps (Tutorial) 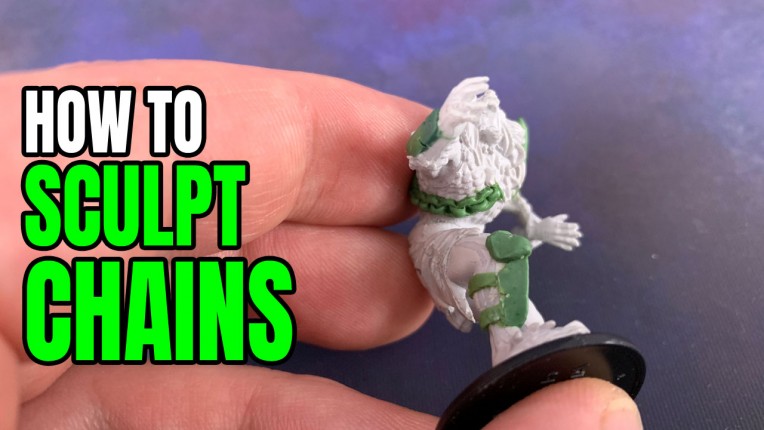 This is something I had learned years ago when I first got into Warhammer 40K, how to sculpt chains. I honestly don’t recall where I found the tutorial. Regardless, I claim no credit on this technique for sculpting chains I’m about to show you.

This is a very simple technique to sculpt chains that gives pretty impressive results. It’s a technique I feel anyone of any skill level in sculpting can do. In fact, this was one of the first things I learned to do with sculpting.

I’m using Green Stuff to sculpt chains but any sculpting medium would work and the process remains unchanged.

For tools you can use anything really. However, having a few good tools is always recommended.

You can get some really affordable sculpting tools online. These were the tools I bought when I got into sculpting and there’s some really useful ones in that kit. There’s a bunch of tools you’ll probably never use, but at the cost it’s not like you’re overpaying either.

I also like using silicone sculpting tools for smoothing things out. I use the metal tools for shaping and then silicon for smoothing. These are a bit pricey but great to have when you start doing more and more sculpting.

How to Sculpt Chains for Miniatures

I will be doing this tutorial on a flat area. However, it works the same on a miniature, I just don’t have one that needs chains at this moment :)

I apologize that some of the pictures are a bit blurry. I got so caught up doing the tutorial itself that I forget to check the pictures I took as I went. I’ll learn some day…

Here’s a Werewolf I’ve been working on for my Necromantic Blood Bowl team. I sculpted a chain on him, which is what gave me the idea for this tutorial, so you can see how it looks on an actual model. 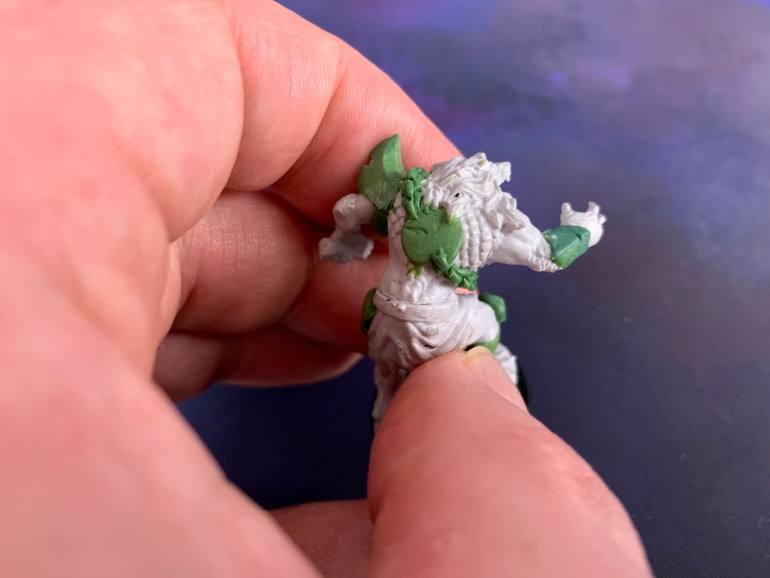 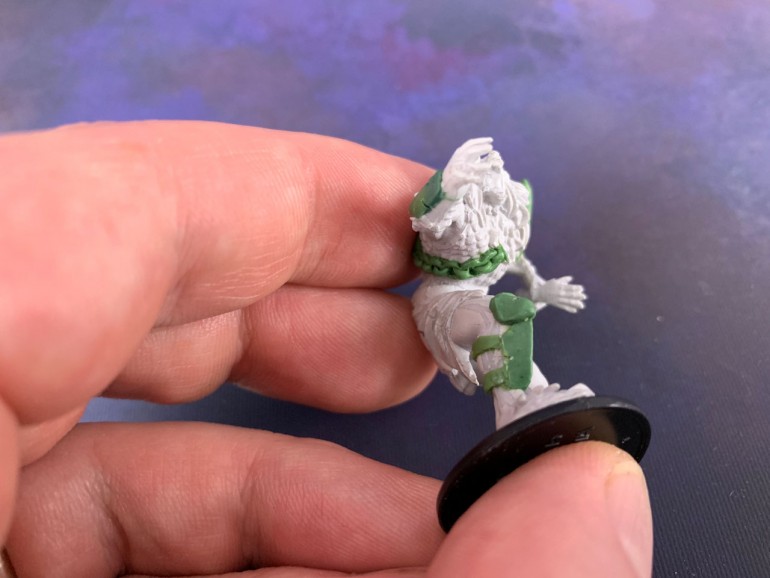 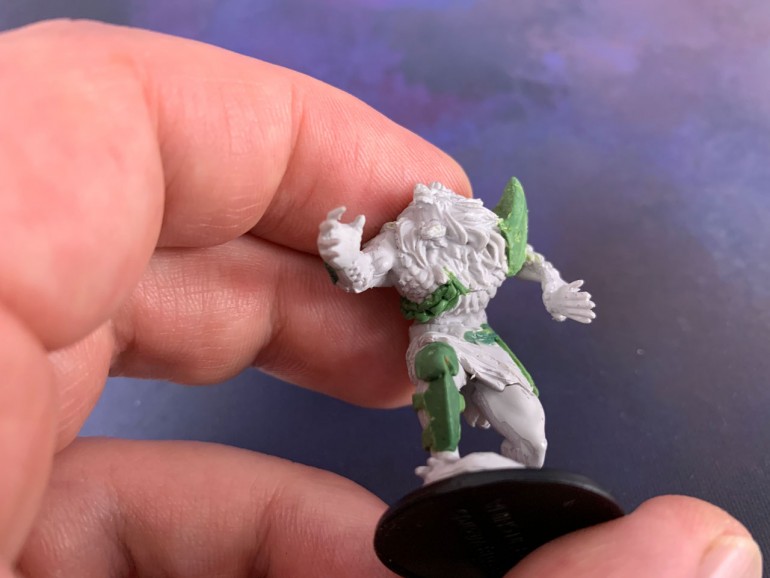 I followed the exact same process given above to sculpt that. For something that only took a few minutes (minus drying time), I think it looks pretty damn good!

I have admittedly only done this a few times, this chain sculpting method, so my results are mediocre. However, with some practice these chains would look even better.

As an aside, if you’d like to see this Werewolf and its partner in a bit more detail then check out this video I did.

Chains All Painted Up

If you’re curious what this looks like when done, then here’s a few shots of the Werewolf painted showing the chain I sculpted. 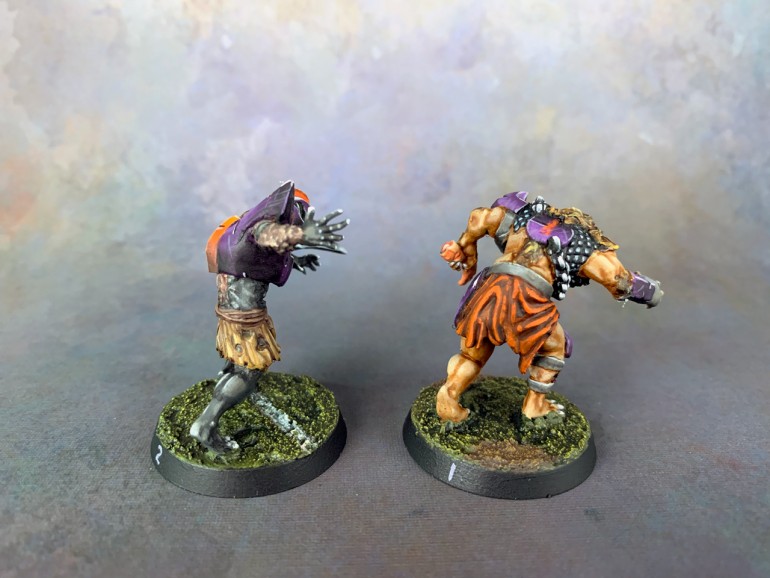 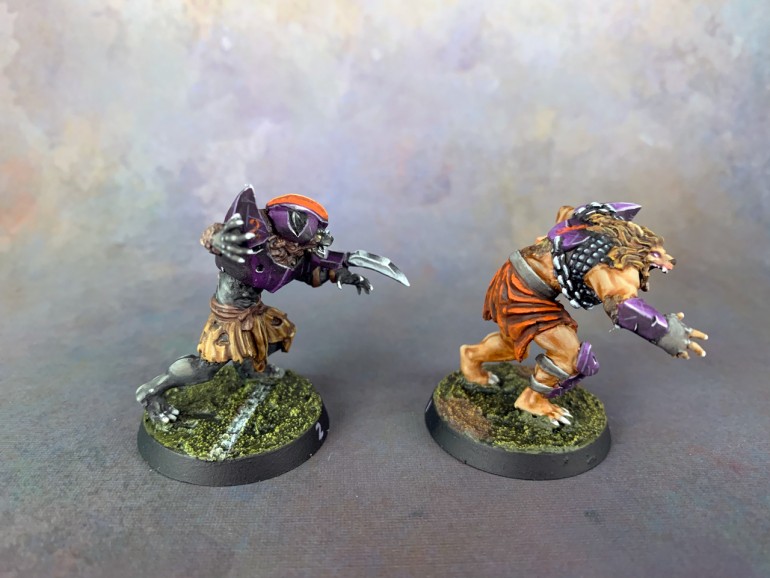 There you have it, the super easy way to sculpt chains. Obviously this only works when it’s going against the surface of something and not if you want a hanging chain.

I’m not expert at sculpting, but I did do a fully sculpted model for my Undead/Necromantic Blood Bowl team. It was the first time I sculpted a model and it was a lot of fun.

I also recommend checking out Mr. Pink’s videos on sculpting. He’s an amazing sculptor that does a great job making sculpting tutorials. I’ve learned a lot by watching his videos, including the use of Nivea.

Here’s his second video in his series on learning to sculpt. The first one is on the tools, which is well worth a watch too.

Is there anything you struggle with for sculpting? I’m totally open to tutorial ideas.

That is nice! The one time I tried sculpting chains, they came out alright, but kind of bulky, because I basically made a ton of individual links and then stuck them together. It was for an Ork thing, so it worked reasonably well, but this looks easier and comes out way nicer.

If you wanted a hanging chain, I’ll bet you could get a decent one by waiting until that was completely set, and then flipping it over and repeating Step 2 on the other side.

This really is quick and really only takes a few minutes. Most of the time it comes out smooth as long as you rolled it out smooth but this one fought me the whole way. Murphy’s Law when you’re doing something for show and all. Anyway, it really is just rolling it out and pushing on it a bit.

Good idea on the hanging chain. I’ll give that a shot the next time I need one.

Yeah, Murphy’s Law always kicks in hard when you’re doing something to demonstrate.

That looks deceptively easy, I may have to try it out myself.

Very easy to do and adds a nice detail to any model. Might be worth doing on your Knight project.

That is exactly what I am thinking, help break up some of the more clean lines of the former loyalist knights.