Not too much to say for an intro other than I’ve finished painting my Mollog’s Mob warband for Warhammer Underworlds.

The warband was a lot of fun to paint. I played around with different colors, combos, and techniques. I think I bought more paint while working on this warband than any time previous.

I have also included some videos for each model. I shot those videos just to go over the miniatures in a bit more detail. Trying to diversify! 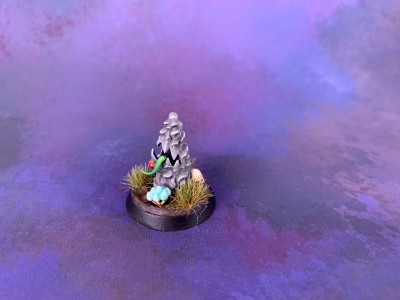 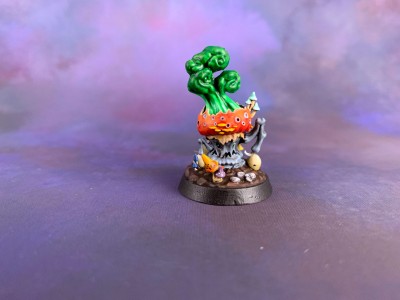 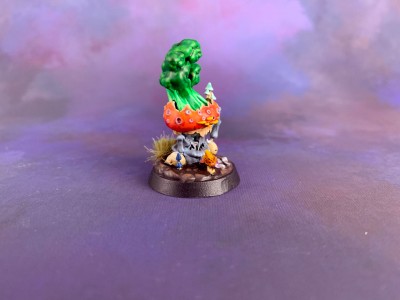 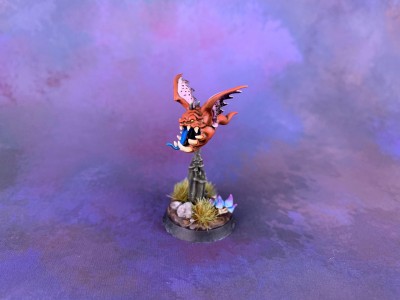 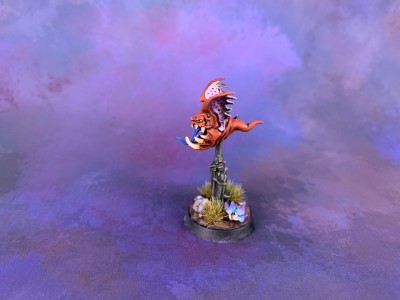 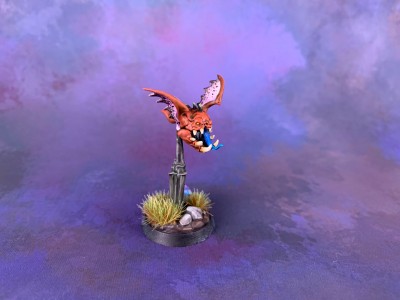 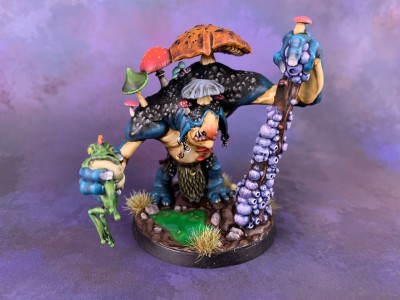 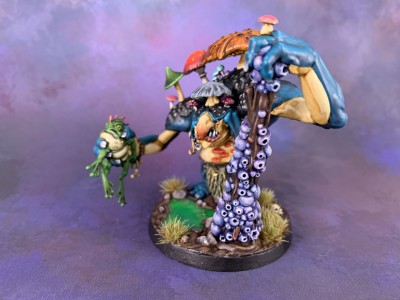 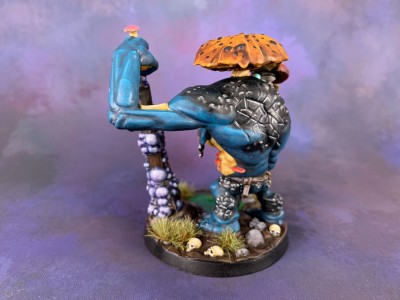 As I said above, I had fun working on these models. These miniatures are very different than anything I’ve ever worked on.

I just tried to do something different (for me) and have fun doing it. I can’t say all my attempts were a success but I did have fun so I’m good.

I tried mottling on the Batsquig’s wings and that came out OK. It wasn’t how I envisioned it, but I did the best I could and left it alone. I knew too much messing with it would totally ruin everything.

In general I tried to play with a lot of colors on everything. Whether it was using colors I don’t normally use, blending colors together for fun transitions, etc.

Oh, the water for Mollog is Vallejo’s Still Water with some green paint mixed in. Sort of. It started that way but when it dried it shrunk down, as it tends to do.

I added another layer without paint, thinking it would be translucent and the green below would come through. That sort of worked but I wasn’t happy.

The lesson? Mix up more than you need and set it aside in some air-tight container (to avoid drying) just in case you need it ;)

I use Testors Dullcote as my sealer and there’s something I’ve noticed with it since I’ve been using it. When I seal over areas that were covered in a wash the sealer will dry with a slight sheen to it. Areas that are pure paint will dry dull as can be but over washes you get that sheen.

Does anyone have any tips to avoid that other than not sealing the models? Even as annoying as that is, I’ll continue to seal my miniatures for protection but I’d love to find a solution.

The loyal readers will notice the backdrop is different. I picked this one up a bit ago and thought this was the perfect chance to use it. The purple tones in there really gives a fantasy vibe to the shots (I think).

I have to play a bit more with pictures on the background, but I’ll figure it out in time.

Oh, I snagged this at Hangar 18, where I’ve bought all my backdrops so far. This is their size A-2 backdrop.

I also previously did a review on their backdrops if you’re curious – when I bought the first one.

While I did have fun painting these models, I’m glad to be done. The warband didn’t take up a ton of time, for me anyway, but I was getting frustrated towards the end, plus I have another project I wanted to move on to.

I probably could have spent hours and hours more on Mollog, so many little details, but I just had to wrap it up for my sanity.

There was simply a lot of blending done on this models and experimenting with it. While it’s something I enjoy, it can wear on you after a while.

Oh, if you’re curious about blending then check out my tutorial for it.

I’ve only played a few games with Mollog’s Mob so far but they’ve been fun. It’s a very different style of play than I’m used to and I’m having fun trying to figure them out. I just wish more people were playing in my area.

Thorns of the Briar Queen
Mollog’s Mob
Custom Board Terrain

Those look great! I’m not always a fan of really bright colour schemes, but for Mollog and co., it really seems like the way to go.

I kind of want to make a “The Many Moods of Stalagsquig” chart now ;)

For the issue with the sealer, the first thing that comes to mind is using some sort of intermediate layer after painting, but before the Dullcote. I know some people who use a gloss sealer first, and then Dullcote, for an extra layer of protection, but it seems like that might also help with your issue. Or even just running Lahmian Medium (or more likely some cheaper medium) over everything before the Dullcote.

I like the purple backdrop. Very fitting for these guys.

I struggled with bright colors myself. All things considered, the colors are pretty subdued compared to what I’ve seen others do. Still, I agree, it works with this warband.

I agree about the medium. I’ve used it to dull down areas before, so I’ll have to try doing it over problematic areas prior to sealing.

Those Hangar 18 backdrops are great. I feel like I’m starting a collection at this point as I’m up to 3 and there’s at least 2-3 more I’d like to buy…

Now these are looking ace!!! Love the bright colours, and they all work really well together (especially on Mollog) which can be a real challenge to do. Your painting skills are really shown off on this warband imo. Great stuff :)

I find that if I prime with a gloss varnish and then use testers the whole model has a slight sheen to it. Seems that Testors is no longer as Matte as it used to be. Luckily I like the sheen it gives, but it’s def not to everyone’s taste. Have you tried a coat of Lhamean medium over the model before spraying? That might take the issue away with the washed areas

Thank you. I definitely tried to push myself with these models since it’s not something I would normally paint, so I’m glad it’s come through :)

I’d honestly love to not have to seal the models, keep the look you get when you’re done painting, but it’s just too damn risky for my liking. I’d rather deal with a slight sheen than have chipped and scratched models from a mishap.

I’m usually of the same opinion with sealing models, but with my sylvaneth I haven’t bothered as I wanted that very matte look, and testors dullcoat does not actually protect your models, as it rubs off only being a lacquer, which is why a gloss or satin varnish should be applied first to protect the models. I have had some horrible experiences with matte spray varnish, so don’t bother if I can’t get the matte look I want

I would argue it does protect the models as it’s all I use, no satin or gloss varnish first, and I’ve had miniatures that would have otherwise been damaged if I didn’t do Testors. I admit it’s probably not the most protective coating by comparison though.

What I really want to do is get some money, get myself a decent airbrush setup, and do my sealing/varnishing that way. Same with priming and save on dealing with aerosol cans and all the hassles they have.

Yeah for sure it must have better benefits that applying nothing :)

Problem with airbrushing is that really a permanent setup is required for it to be effective, whcin takes up space and can be expensive. I had one and it was just too much hassle to use and clean, and I didn’t have the time and inclination to go full bore on teaching myself. Too much in RL to be able to dedicate that much time on the hobby anymore.
Only able to muster Underworlds sized projects nowadays

I hear ya. The airbrush idea is a down the road one and not any time in the near future. I want to do it right and, as you said, that takes money.