Well, the warband that has inspired two tutorials is now complete! After those tutorials I can’t think of much else to say other than here’s my Steelheart’s Champions for Shadespire. 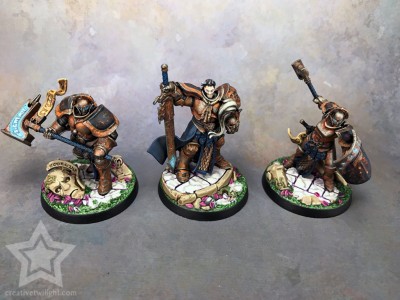 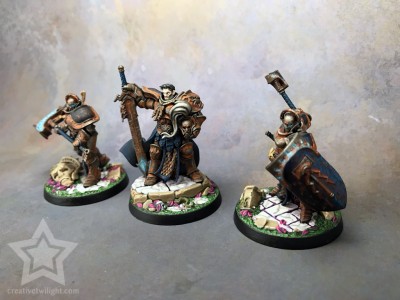 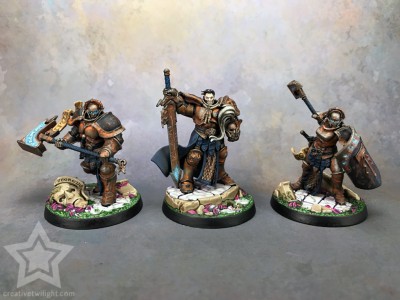 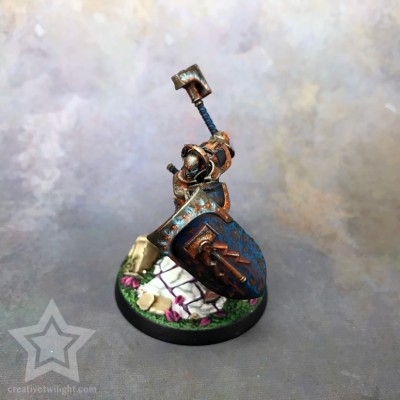 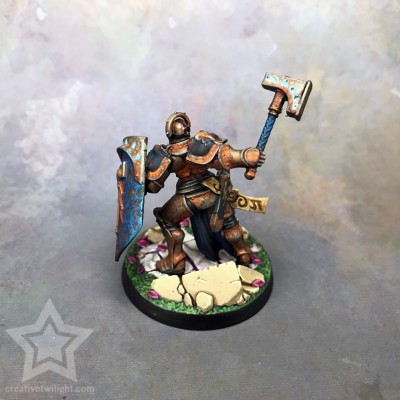 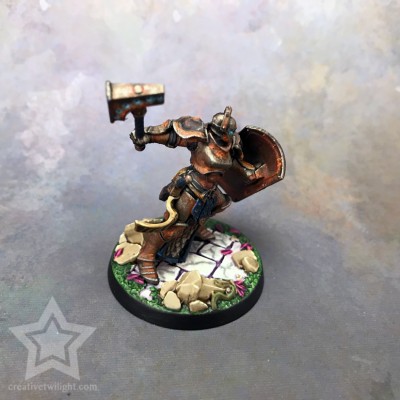 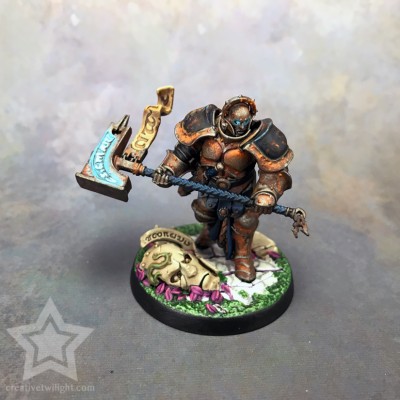 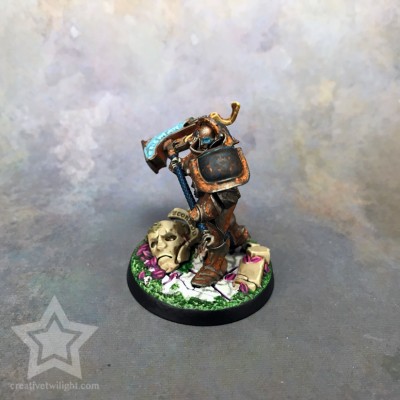 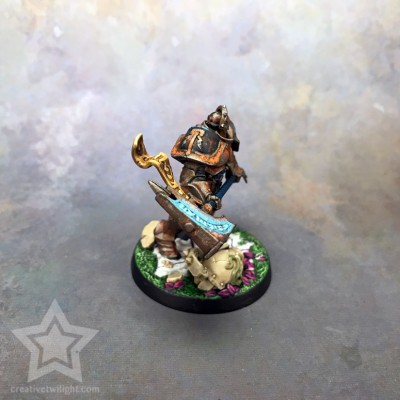 Well, the warband was an absolute blast to paint. Seriously. I haven’t had this much fun painting anything in a very, very long time.

What made painting Steelheart’s Champions fun was just trying completely new stuff. The rust for example, was an idea I had to do something different. Stormcasts are typically gold, sometimes steel, and the epitome of good. That’s not my thing, so I wanted gritty and interesting.

I had so much fun working on the rust, and in turn creating a tutorial for it, because it’s outside my wheelhouse for painting – it was new, different, and fun.

The marble was the other thing I played with. Getting that marble so I liked it was a process. The results you see were my third attempt at it.

While taking so long to figure out the marble was frustrating at times, it was still fun to do. I learned something new, and that’s the greatest thing with painting. And, I also did a tutorial on painting marble as well.

Now, the OSL isn’t that great and the reason for that is the Typhus Corrosion I used for the rust. I had given zero thought into that when I was getting the armor all rusty. I just slapped Typhus Corrosion everywhere!

Well, once you put that on there, and then you add Ryza Rust, you now have a texture that fights you when you’re trying to lay down thin coats of paint for OSL.

It’s fine though and I can live with it. I added the OSL to break up the rust a bit, and it does the job even if it’s not perfect.

The basing, creating a vibrant setting, was done to give some visual contrast to all the rusty armor. I think it came out well.

So, I’m very happy with how my Steelheart’s Champions came out. It’s not my best work, but I had such a great time working on these models that I have no complaints at all!

If you’re wondering what the fuss is about with Shadepire then check out my review.

I also have some strategies and tactics for Steelheart’s Champions as well.

Thorns of the Briar Queen
Mollog’s Mob
Custom Board Terrain

Looking good. Not a whole lot to say, since we’ve seen them individually, but they do look good as a team. Also, I figured out who Steelheart reminds me of with the beard: He looks a bit like Tyler Hoechlin when he’s doing a scruffier look.

Thanks, and I can see what you mean about Tyler Hoechlin.