I’m not the only Chaos player though, so you will also find stuff regarding the Alpha Legion, and even Word Bearers. Most of us here are lovers of Chaos. I mean, how can you not be?

We have a lot of hobby stuff for Chaos Space Marines as well. The fun thing with an army tainted by the warp is that you can do damn near anything with them visually and it works.

There are a lot of conversions and sculpting projects we’ve done over the years. It’s the hobby element that, I feel, makes Chaos one of the most addicting armies. Plus, it’s nice to buck the trend of playing the good guy too. Death to the false Emperor!

Splattered throughout, you will also find some CSM unit reviews, as well as some strategy and tactics articles. We’re not really competitive 40K players, but we do have a lot of experience that we share. Who knows, you might even find a use for a unit you hadn’t though of!

Darktide is the second to fall for the Disciples of Twilight. He’s since ascended to daemonhood and lives on as a Daemon Prince. Also, here’s a bunch of pictures of him, complete with his new snow basing to match the rest of the army. 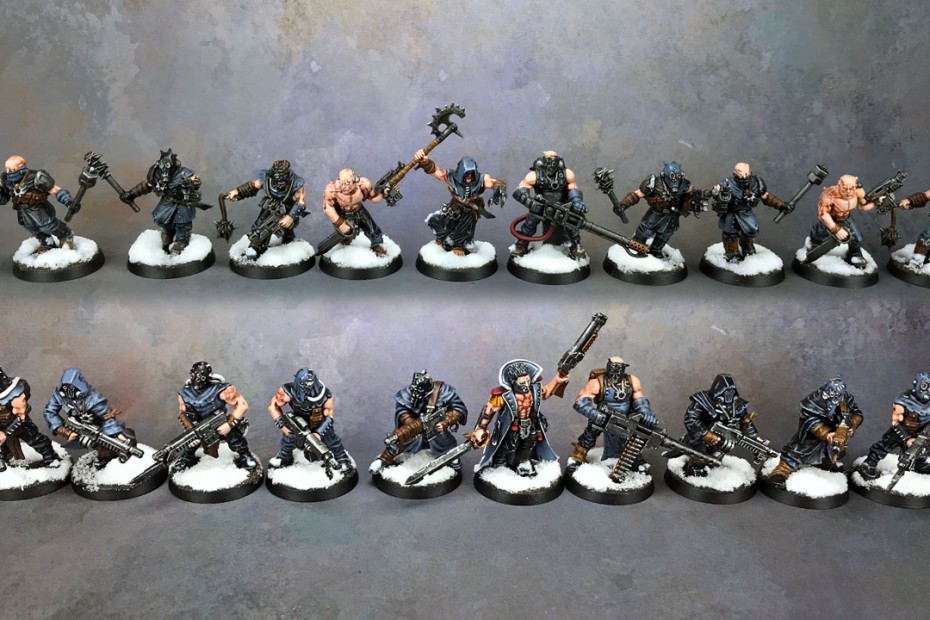 I painted these Chaos Cultists years ago, both squads of them. Recently I did some updating to include a better snow basing technique I use. So, I finally went ahead and took some pictures of both squads to showcase. 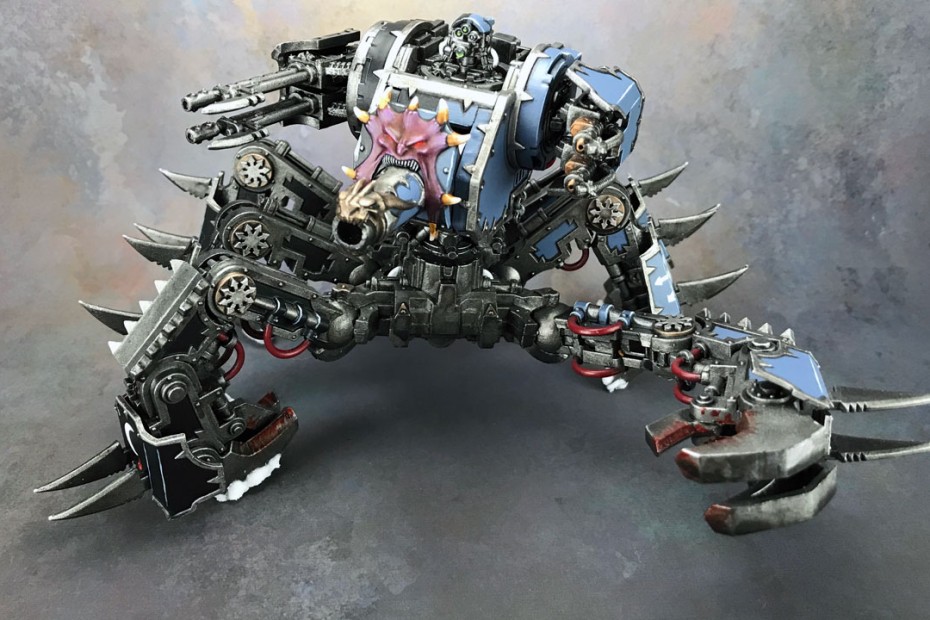 My Defiler (Ragefist) was a fun model to paint. Sadly, he’s not very good in games, but I enjoy the model. So, he’s sees a game now and then even though he’s not amazing in game. What can I say? I’m a casual gamer who likes cool models :) 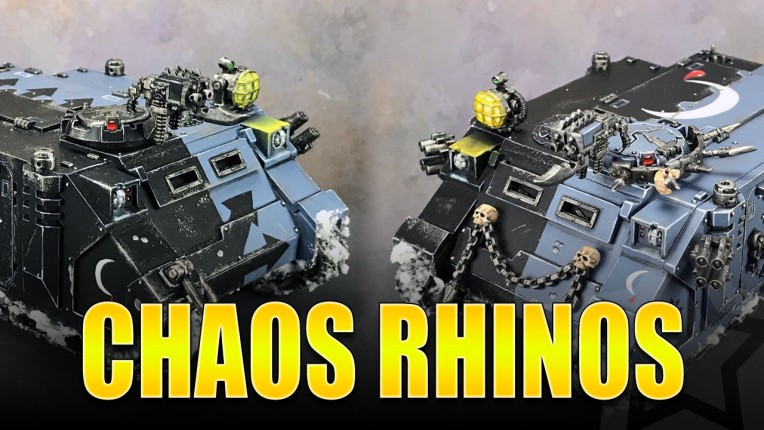 I painted these Chaos Rhinos years ago originally. Recently I did a little updating on them by adding some weathering, as well as some snow on the tracks to tie in with the rest of my army. So, I took a bunch of pictures of them. Enjoy! 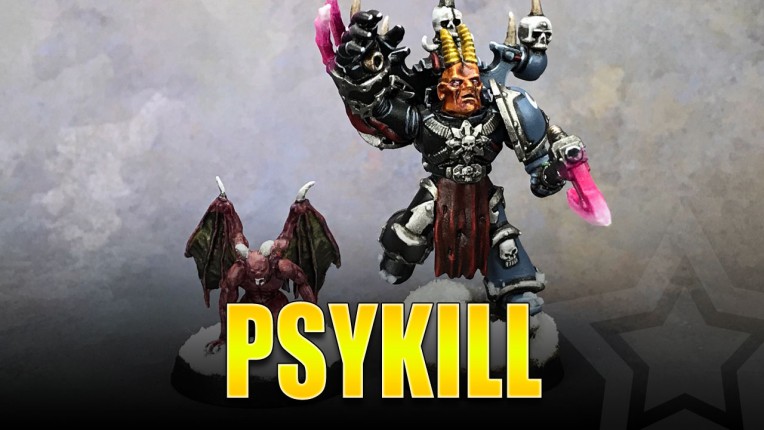 I have finished my counts-as Huron Blackheart model. It was a ton of work, but I’m really pleased with the end result. I also have a model for his Hamadrya as it’s needed in 8th. Lots and lots of pictures. 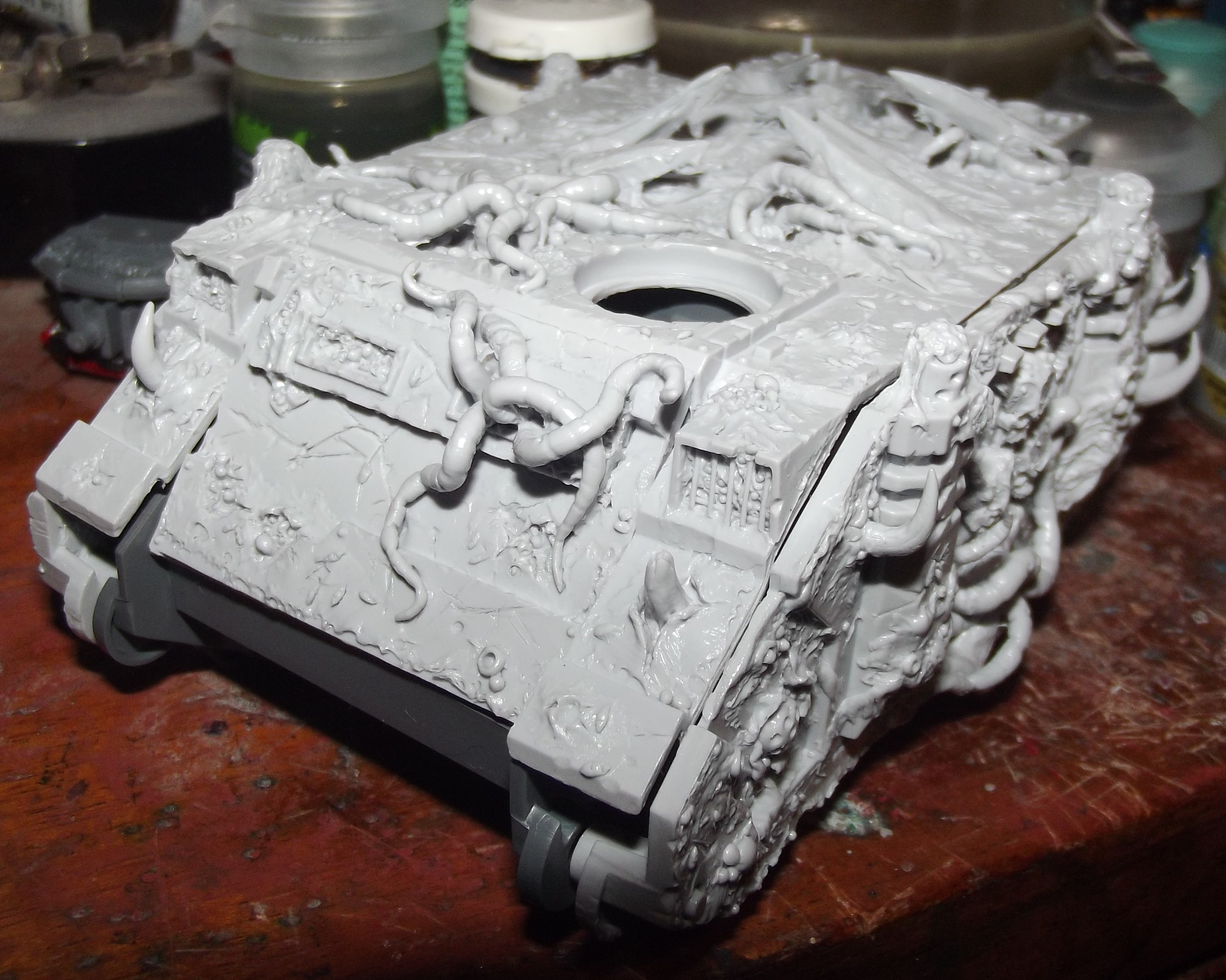 I bought the Chaos Rotten Dedicated Transport Conversion Set and the Chaos Spike Tracks from Grim Skull Miniatures and here’s my review. 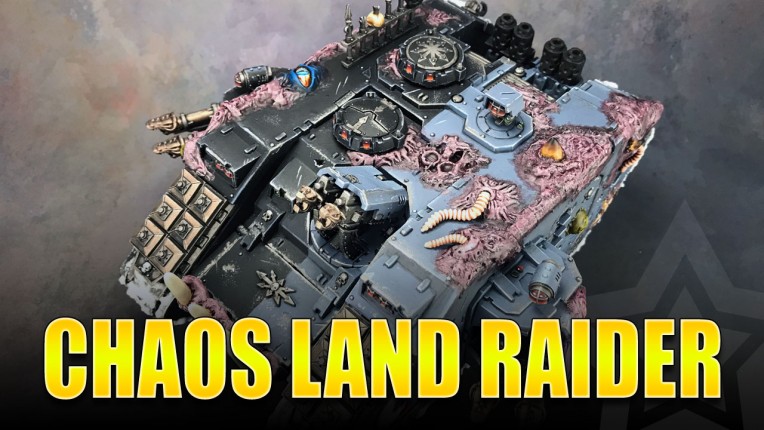 I have finished painting my Chaos Land Raider for my Chaos Marines, the Disciples of Twilight. There’s a lot of conversion work, making this one of a kind. 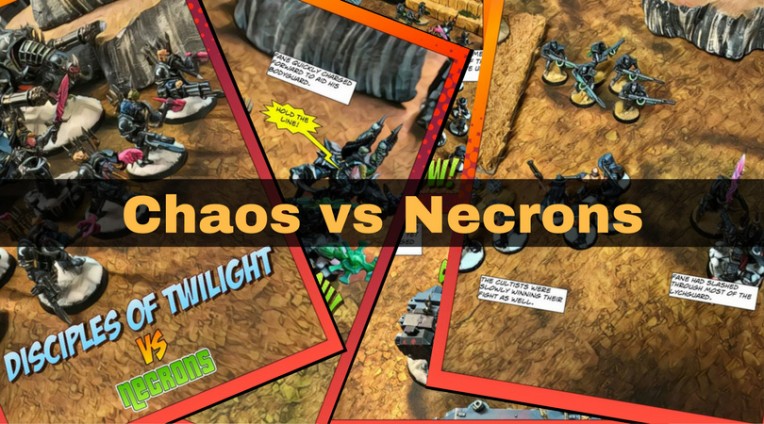 This 40K battle report is in a comic book style format featuring my Chaos Space Marines, the Disciples of Twilight, against the Necrons. 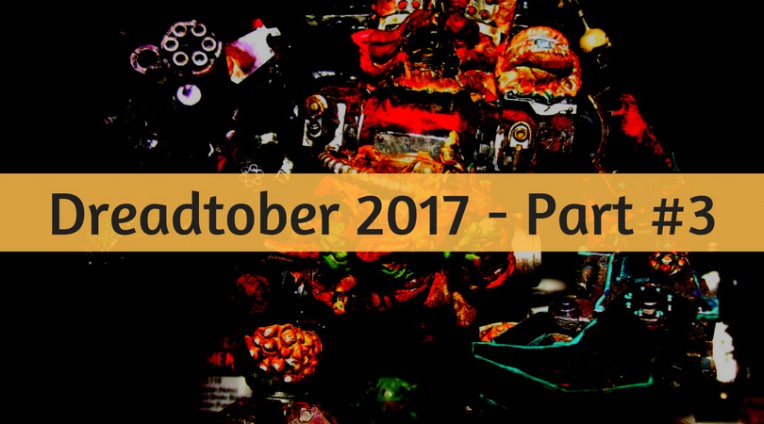 The painting process begins. I intend to try to imitate and corrupt the colour scheme used by one of my gaming groups armies. The main dreadnought will be painted like his black templars only rusted and corrupted to serve a… Read More »Dreadtober 2017 – Corrupted Nurgle Redemptor Dread (Part #3) 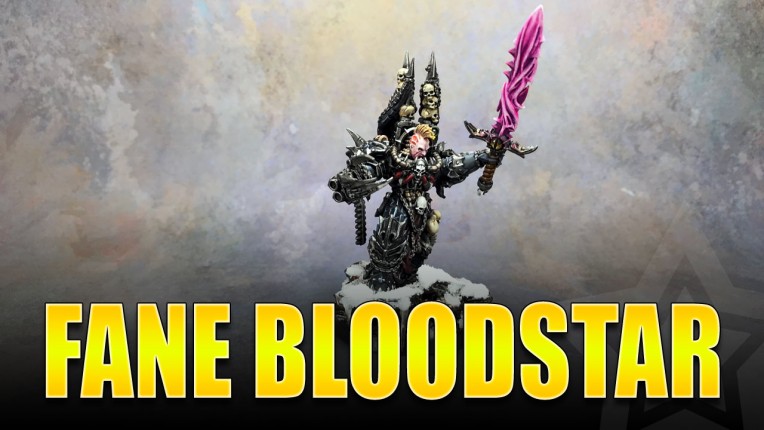 I’ve finished painting my counts-as Abaddon the Despoiler, which is the Chaos Master of Crusade model from Grim Skull Miniatures. 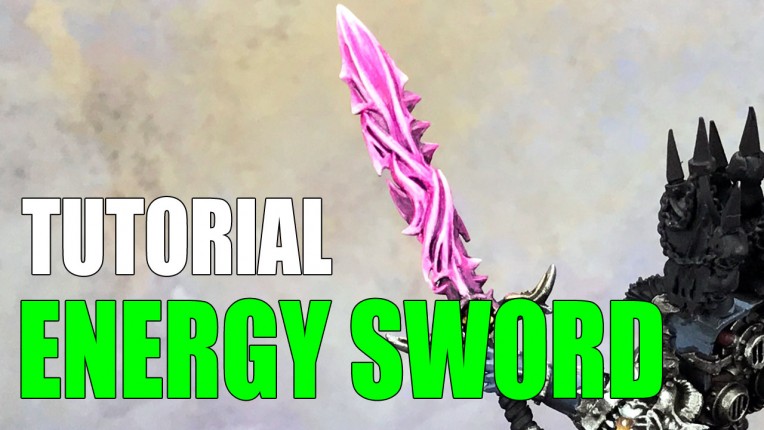 How to Paint an Energy/Magical Sword with 3 Colors (Tutorial)

In this tutorial I show you how I paint energy or magical weapons. This sword is for Warhammer 40K but it could be for any other game also. 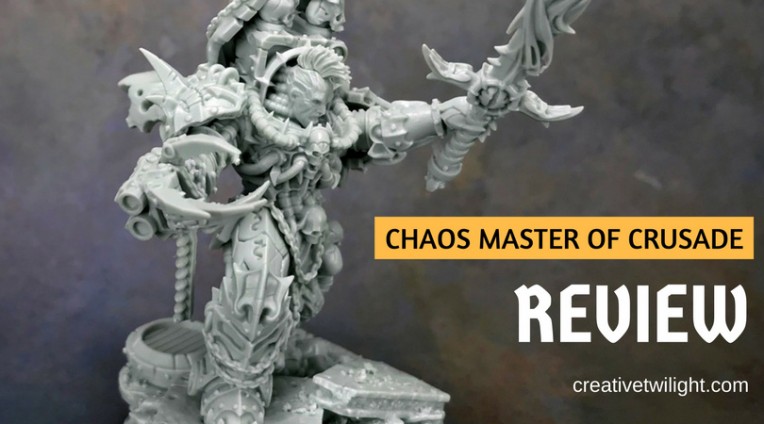 I just bought the Chaos Master of Crusade by Grim Skull, which is perfect for Abaddon the Despoiler. The review covers price, quality, and assembly.