I originally had this on one of my workbench posts but figured it warranted its own little article. It’s not an earth shattering painting tip, but something I felt was worth sharing.

One thing I do on models that I’m not going to put 110% effort into is this. I pick an element on the model, focus on it, and put 110% into that element; the rest I do normally.

I don’t paint all my models to the same quality. Unique stuff gets the most effort (HQs, MCs, stand-alone models, etc), followed by things like elite units and such. Troops and general grunts get the fastest paint jobs.

Even on troops, take my Chaos Marines for example, I’ll put effort into some detail to draw the eye, and in doing so the rest of the work is obscured by that detail – in a good way.

For most of my infantry it’s mostly that half-scheme I do that sets them apart. I love it, and others do too, however I don’t highlight those models as much as something I’m spending more time on. Hell, I don’t highlight the metal at all, just wash it. I cut corners here and there, but in the overall composition of the model it isn’t glaring. 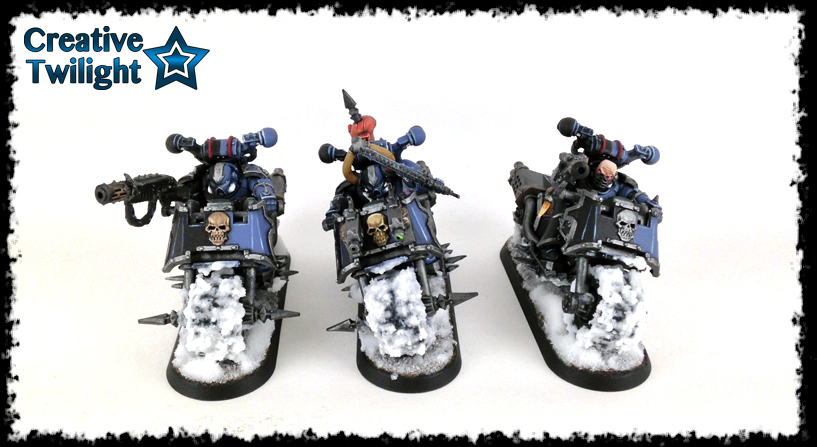 Another example is my Flesh Hounds of Khorne. I put a reasonable amount of time into their skin (hard to see below), but less-so on their fur. The fur is a simple drybrush which doesn’t look bad at all but it’s also not the time-consuming method of layering and getting clean edge highlights either.

The last example is my Berzerker Skull Champion. The painting quality on the armor is tabletop, but I spent some time trying to make the sword standout. 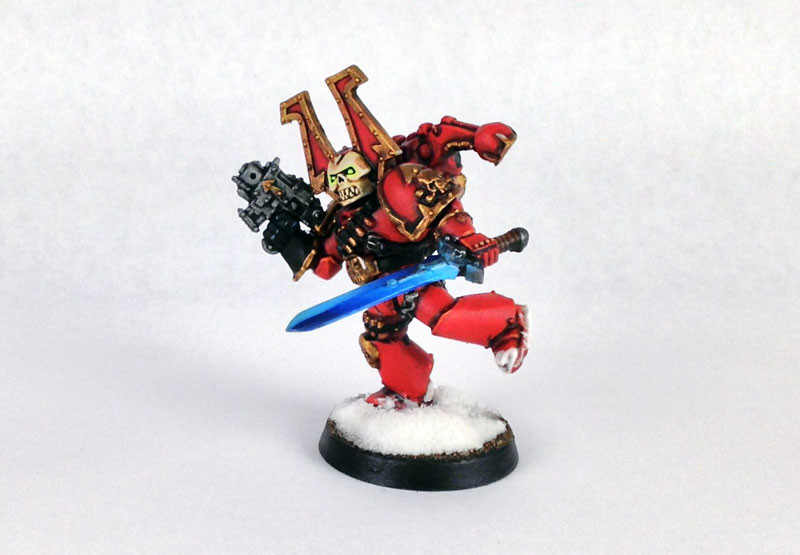 My point is you don’t need to paint every single model to the highest standard you possibly can. One of the hardest things I had to learn was when to sacrifice quality for speed, and for everyone it’s different. Units are a great place for this because individual models and details will get lost in the unit, and it’s how the unit looks as a whole that’s far more prominent.

So, if you’re strapped for time, or maybe you just don’t care for painting, maybe this tip will help you out.

This is good advice. It’s an approach I had trouble adopting even long after I’d realized it was the way to go. This become particularly important if, like you and myself, you find it difficult to stay with one army!